What is this large engine doing on a B52?

In this YouTube video, discussing plans to use the 747 as an aircraft carrier, there is a brief sequence starting at 4 min 14 s, showing images of a B52: 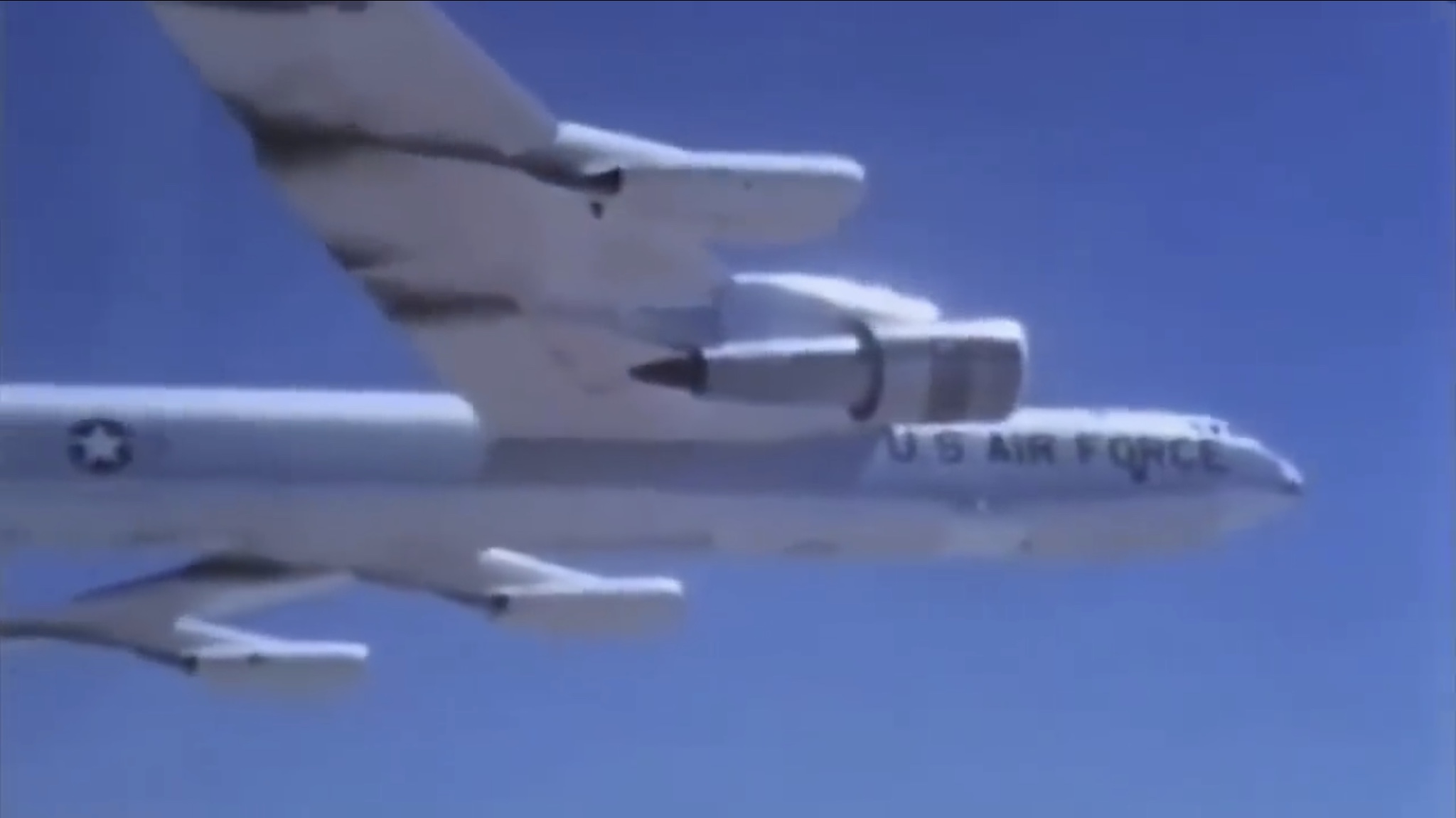 What is the explanation for the very different inboard engine pod on the starboard wing? There is a current call for proposals to re-engine the B52 with eight modern engines. Was this an earlier test of moving to four larger engines instead?

As a young engineer in the 1960s at Pratt & Whitney Aircraft (now UTC’s Pratt & Whitney) in East Hartford, Connecticut, I was involved (along with many others) in the development of their 44,000 pound thrust (lbt) JT9D turbojet, which powered the first Boeing 747 jumbo jet aircraft[ Display footnote number: 2 ]. Because of its then ground-breaking large fan diameter (new for the 1960s), P&WA had to use a U.S. Air Force Boeing B-52 as a testbed. The Stratofortress, with its high wing, allowed the JT9D to be mounted with adequate ground clearance for takeoff and landing. In Figure 1, the P&WA testbed aircraft is shown landing at the Windsor Locks, Bradley International Airport, after a test flight, with a JT9D engine replacing two TF-33 inboard engines on the right wing of the eight-engined B-52.

The B-52 continued as a P&WA testbed aircraft until 1981, even after being damaged in its hangar by a violent tornado that raced through Windsor Locks in 1979. Pratt & Whitney more recently used two Boeing 747SP aircraft for testbeds, to flight test their new geared fan jet engines. 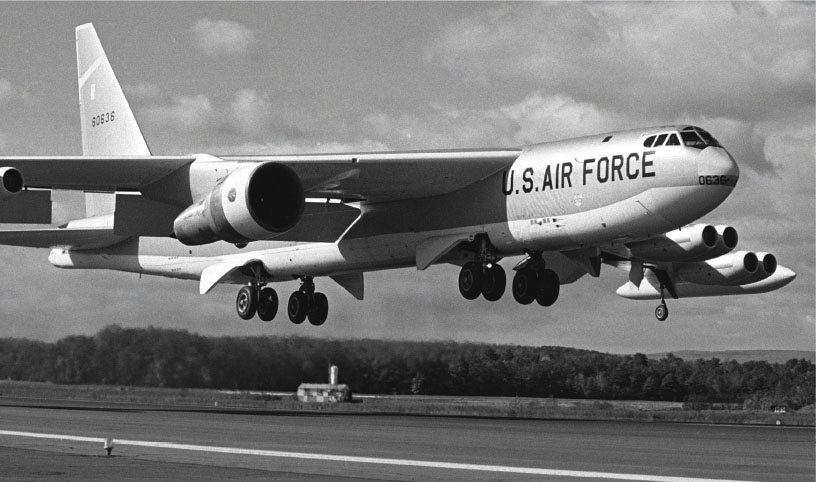 The plane in the pictures is Boeing JB-52E -test plane.

Not the answer you're looking for? Browse other questions tagged jet-engine multi-engine b-52 or ask your own question.