What Are these in the PFD? [closed]

I marked them with white circles. What are they for? 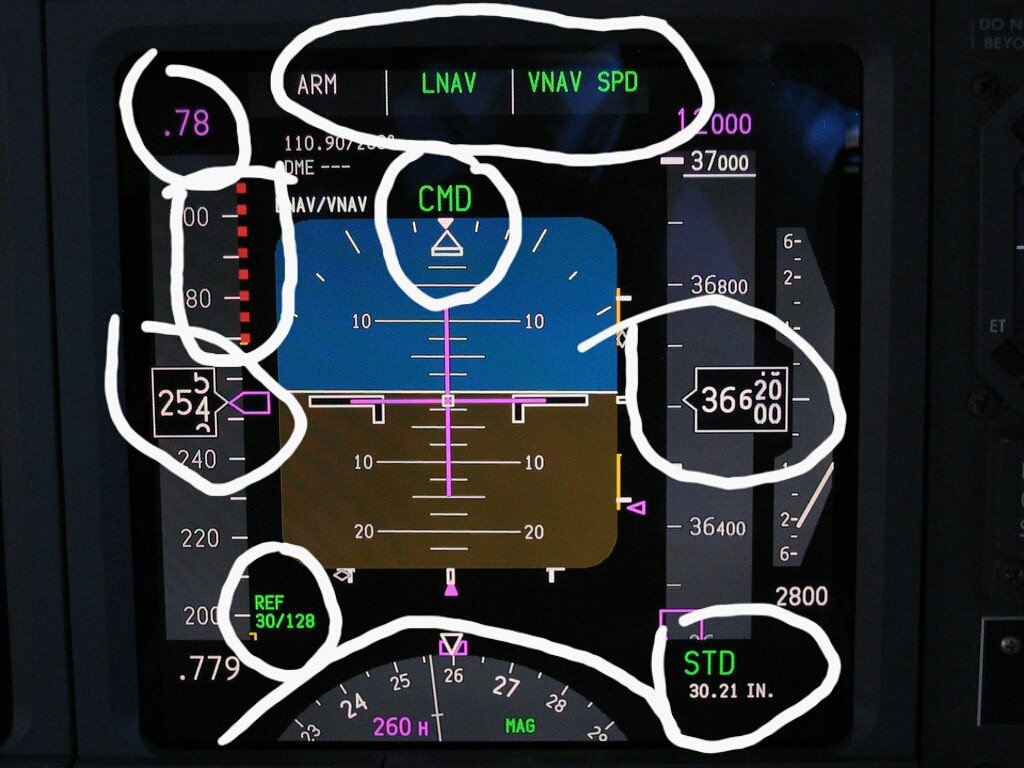 To the right of this (not circled in the picture, but worth mentioning) is a scale with a white needle pointing between numbers 2 and 6 on the scale:

This is the vertical speed indicator or VSI. It indicates the direction and rate of the planes vertical movement. The numbers on the scale indicate thousands of feet / second, and since the needle is pointing downwards, the plane is currently descending. Below the scale is numerical display giving the exact rate of descend or climb. In this case, the plane is descending at 2800 feet/minute

Not the answer you're looking for? Browse other questions tagged commercial-aviation flight-controls flight-instruments or ask your own question.

1
What dictates the shape of the attitude indicator display on the PFD?
18
What types of attitude indicators are there?
18
What do the yellow lashes/wings on the B737 PFD indicate?
51
Why are cockpit instruments white on black dials?
3
What are these engine gauges in the Comet 4 for?
2
How useful are the AOA Indexers and indicators for jet pilots and civillians?
18
What do the green, white and yellow bands mean on an airspeed indicator?
5
Is Cessna 150 with incorrectly marked ASI airworthy?
6
What aircraft equipment produced the three recordings of unidentified aerial phenomenon released by the US Pentagon in 2020? What does black signify?