The F/A-18 Hornet and MiG-29 ailerons from the external parts of the wings go up some degrees in flight. Why?

In some parts of the flying envelope of the F/A-18 Hornet and MiG-29 the ailerons from the external parts of the wings go up in sync. They're made to go one up one down in order to get rolls, not up/up . 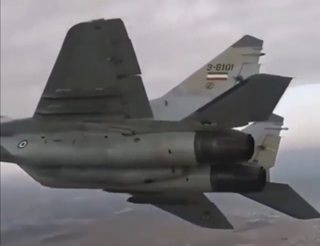 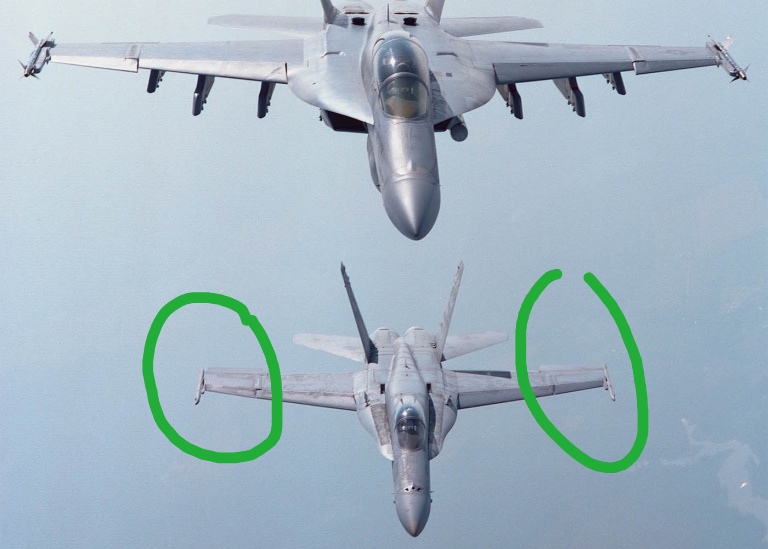 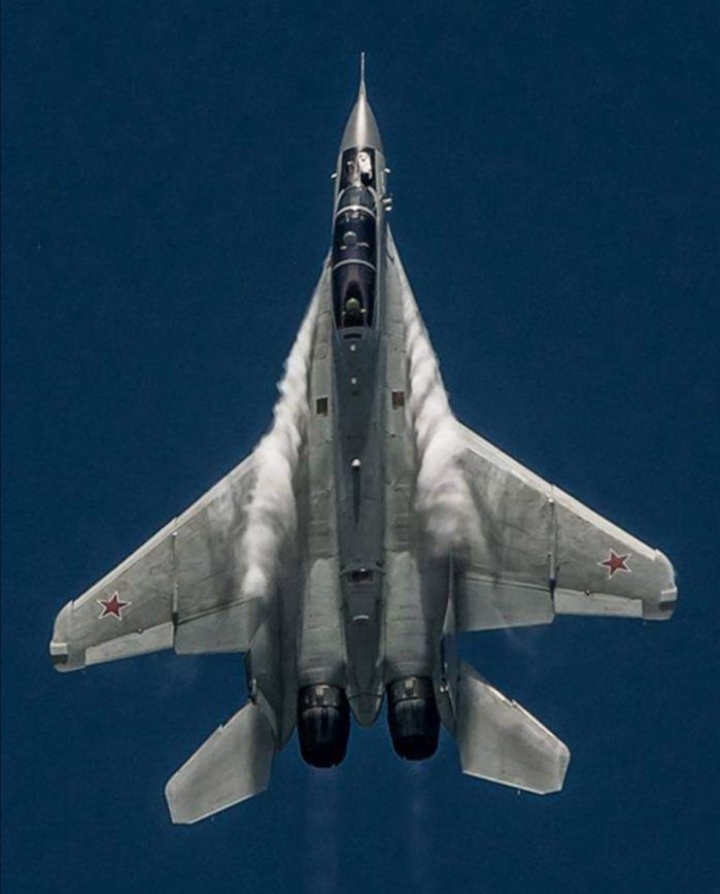 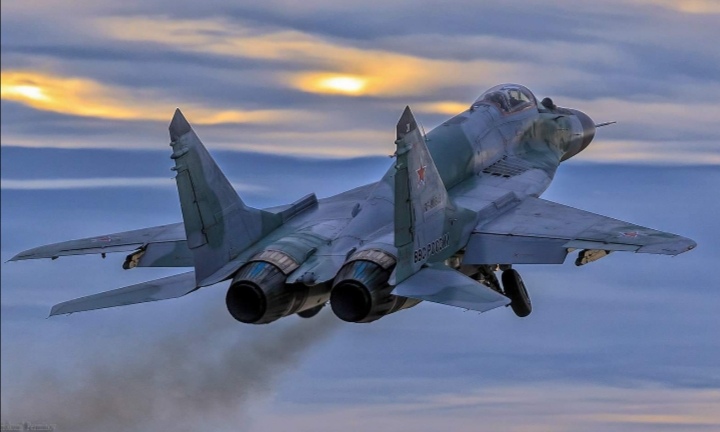 The pictures in the question show the normal position of the MiG-29 ailerons. That's how they are unless a roll is commanded. 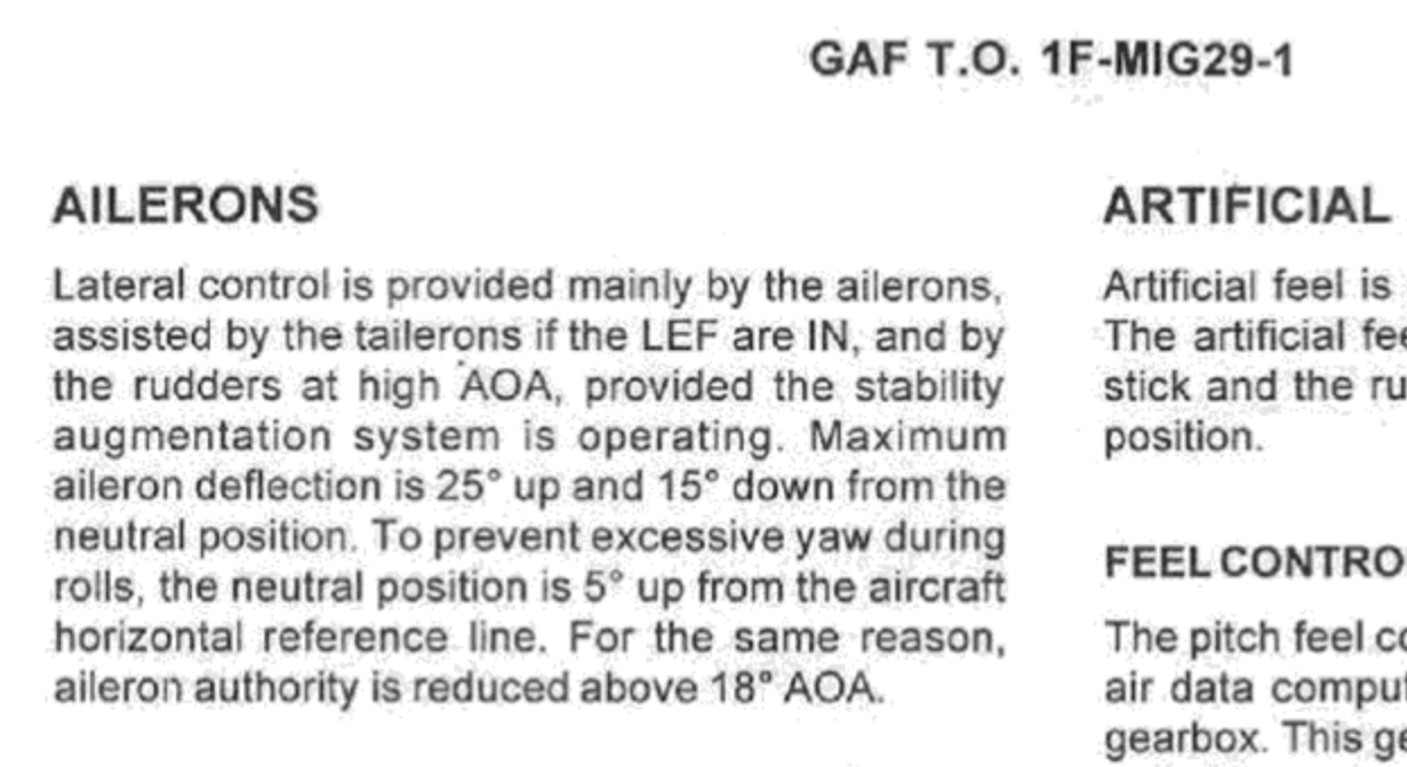 As for whether this angle (neutral position of ailerons) changes in accordance with flight envelope: it does not. Check out this and this Youtube video for an example. Climb, dive, straight and level, no change. The position of the ailerons is not affected by load factor either, as you can see below, 1g (straight & level flight): 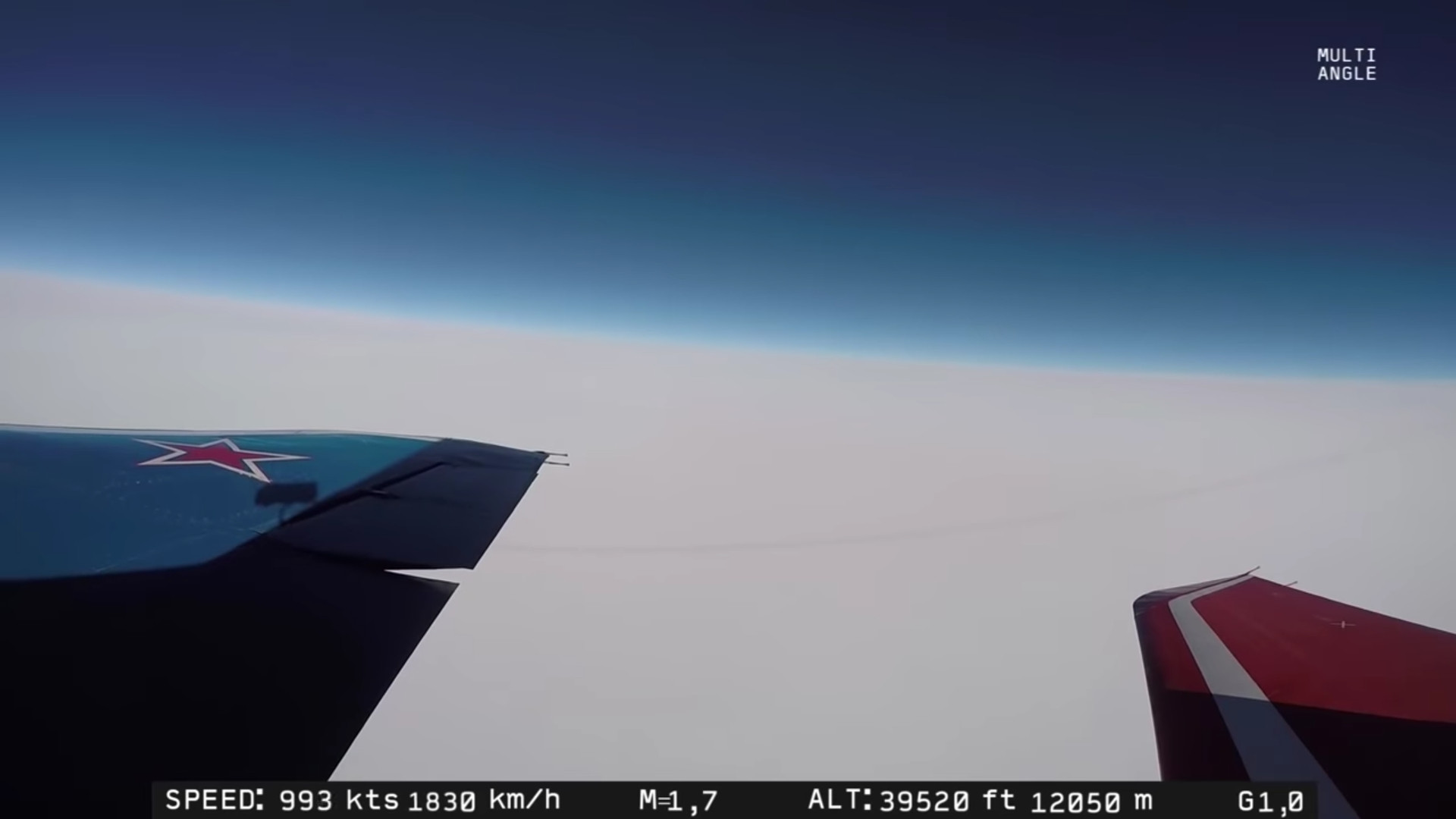 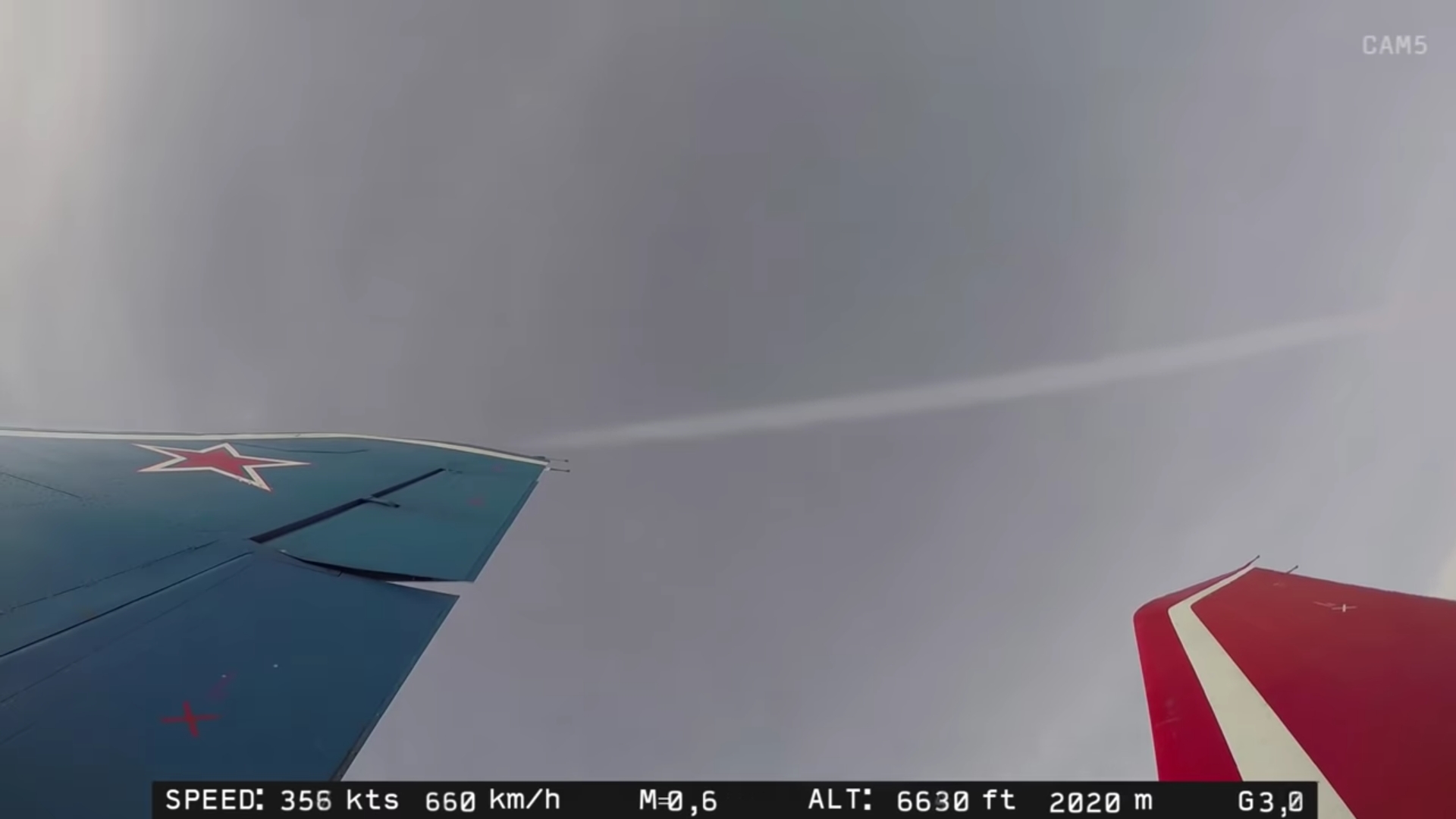 Whenever you see the ailerons move, it is always accompanied by roll.

As for the F-18, I'll investigate and be back later. (edit: as a preliminary claim I'd say the F-18 drops flaps a few degrees on high g maneuvers to increase camber, but the flaperons only move when roll is comanded or flaps are lowered. So no flaperon up with high g)

On these modern aircraft, there is a thing called flaperons - meaning ailerons and flaps combined, which both move down and up when more lift is needed (TO, LDG and also during some aggressive maneuvers), and are used in order to roll the aircraft.

Also- traditionally- you would assume that the plane uses his tail elevators for pitch, but the contrary is correct- watch rolling F-15 or F-16 and you will see the tail elevators compensating for the wing's inability to roll in various occasions.

I would say that the best and shortest answer would be: Don't try to extrapolate from the basic aerodynamics of a Cessna or a simple aircraft with old school steering surfaces to these jets as they are very different in design and function.

Every plane has it's own very specific characteristic in order to cope with its design problems. For example, in an F-15 when you roll a full stick aside during a very high angle of attack maneuver, the ailerons don't move in order to maintain stability (otherwise there would be a spin due to aileron drag and other factors).

Try to look at these planes as really fly-by-wire (although some of them achieve the same results of stability using plain mechanical devices and not computers), so elevons, flaperons, and such.

Maybe what you see is actually a momentary roll to the left, resulting in an aileron that is above the profile of the left wing. And another note regarding your question- there is no really such a thing as a "dive" which you can see on the wings. These are very momentary positions of the control surfaces to induce movement and acceleration in some direction. Look at an F-16 taxiing and you will see it's tail dancing in order to compensate for the instability of the G sensor on rough ground.

Regarding your assumption, There are no such loads on such short wings of the combat jets so this is not the reason really. These are just rockets with people strapped to them basically, so they try to be as slick as possible, with just the minimum drag by their control surfaces, using the little lift made by their body and wings with the high speed they fly in.

Not the answer you're looking for? Browse other questions tagged aircraft-design aerodynamics ailerons f-18 mig-29 or ask your own question.

20
Do box-wings suffer from induced drag the same way as normal wings?
5
What is the minimum speed for a scale-model of a modern commercial aircraft to fly?
8
Why was the experimental MiG 1.44 so similar to the experimental TKF-90?
7
What happens if the gust alleviation system on an A380 fails?
9
Is a monobloc variable incidence wing viable (updated)?
3
Ailerons deflection of the F16 in take off and landing gain?
17
Why aren't 757 scimitar winglets flush with the ailerons?
0
Did the Mig 21 have differential stabilators to help the ailerons?
0
If pilot use rudder to roll the aircraft at high AOA in the F4 Phantom then one aileron from one wing and one spoiler from other will be deflected?
10
Why do the ailerons of this flying wing work oppositely compared to those of an airplane?