When calculating the lift coefficient, what area is used? 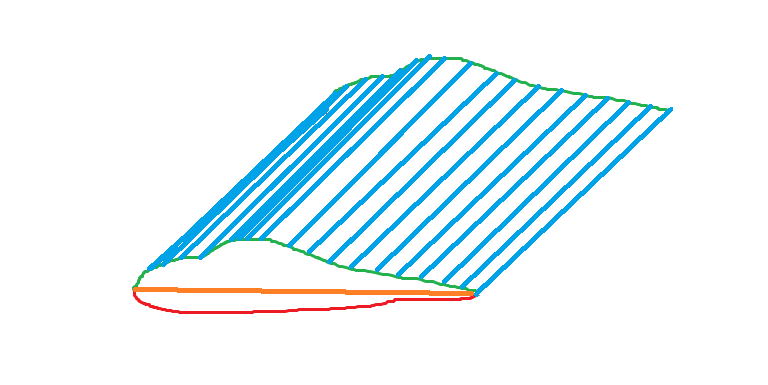 If I were to calculate its coefficient of lift, I would need to know the area. Which area does it refer to? Could you explain how to calculate the desired area using this diagram?

Correct me if I am wrong, but in this case, I think the planform area would be the length of orange multiplied by the length of blue.

Reference area for the aerodynamic coefficients (lift, drag, moment) is the planform area. Your picture shows only one wing, while the reference area S would also take into account the fuselage and the other wing: orange times twice blue and then some. 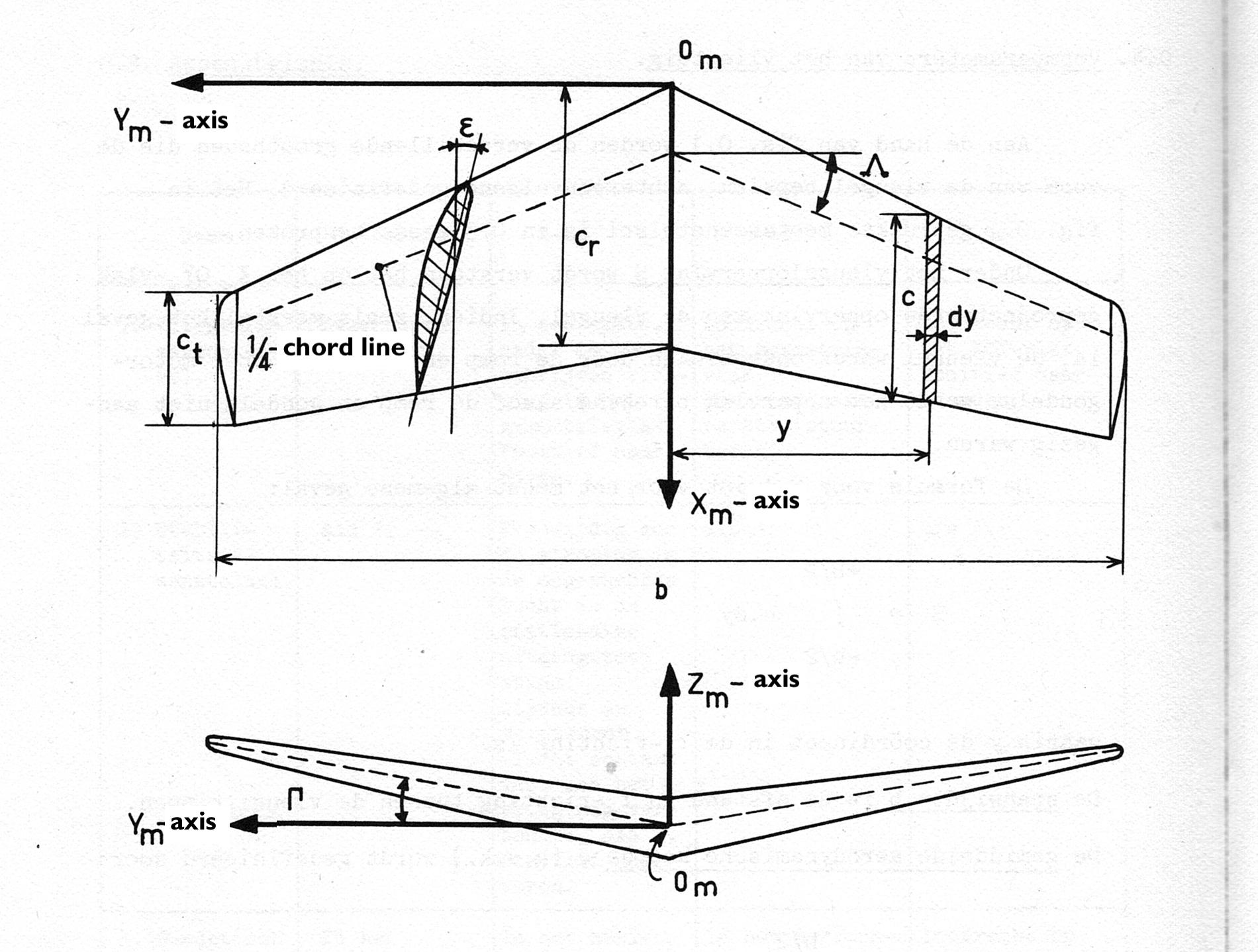 For clarity in reference, the picture above from my old uni book by prof. Gerlach on stability & control, which shows how the definition works when sweepback and dihedral angles must be accounted for. Note how the wing/fuselage intersection is defined for the reference wing area, by extending the local leading/trailing edges of the wings.

3
What is the physical meaning of Mean Aerodynamic Chord?
4
How are Cd and Cl calculated from Cp data?
3
How can the zero-lift drag coefficient (parasitic drag) be calculated?
3
What is the reference chord for AoA measurement or calculation in a twisted wing?
3
Does a rotating control surface change the wing area?
1
Tapered Wing Providing low Coefficient of Lift
0
Can endplates be used to reduce chord length by up to 14%?
1
Difference in lift generation for a swept wing and straight wing in subsonic condition