Where to find the parking coordinates of the aircraft in the Apron?

Is it possible to find out the coordinates of where the aircraft park in an the Apron? I mean some sort of list for each terminal or aeronautical chart. I was thinking about the AIP (Aeronautical Information Publication) but i could not find it.

The airport charts usually contain the coordinates of all parking positions. The charts that are available from the FAA AIP (e.g. here for JFK) only contain a single ground chart with the airport diagram: 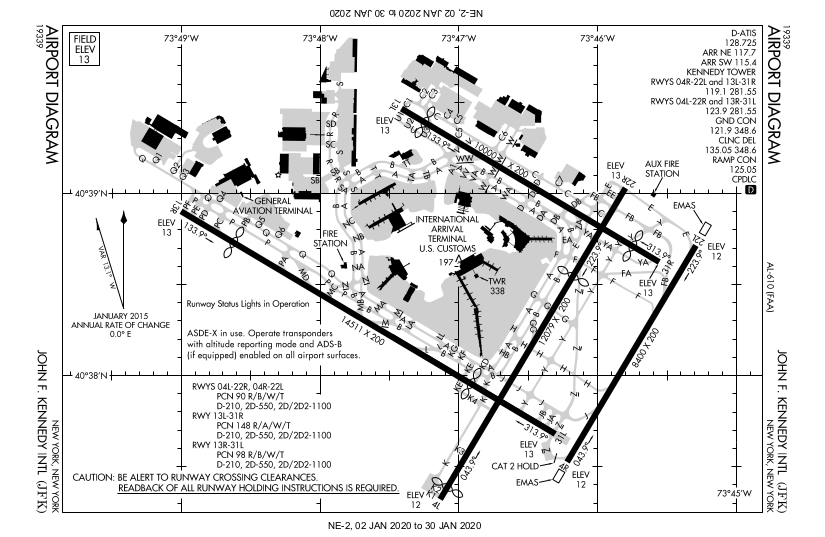 These do not include the coordinates. But my Jeppesen charts contain coordinates for all parking positions. E.g. some gates at JFK: 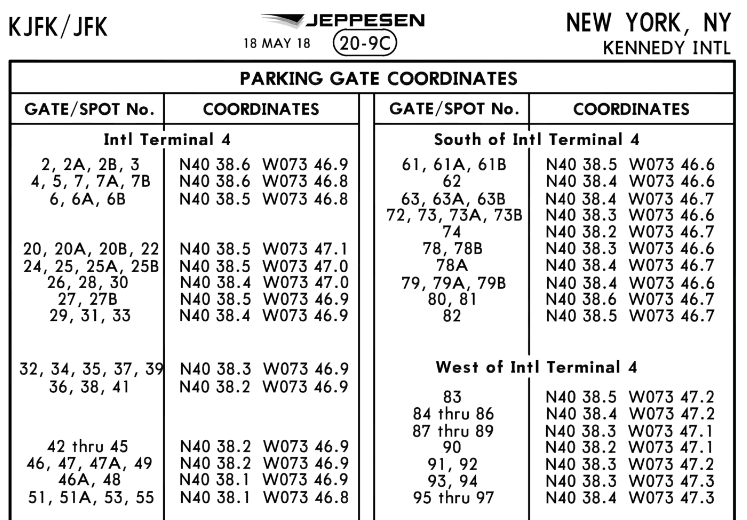 They can either be found in dedicated charts for airports with many gates (like JFK shown above), or they are included on the airport overview chart for smaller airports with fewer gates.

Aircraft navigation databases also typically include the positions, so the Inertial Navigation can be initialized with a position based on airport code and parking position.

As far as I know, there is no free resource that would list the coordinates though.

Not the answer you're looking for? Browse other questions tagged airport aeronautical-charts airport-design chart-supplement aeronautical-information or ask your own question.

9
Are remarks in the Chart Supplement (A/FD) “regulatory” or “advisory”?
16
Where can I get the FAA data that defines airspace, including MOAs etc.?
4
What spacing is needed between aircraft parking stands?
3
Which aerodromes are in the scope of ICAO recommendations?
3
What is the easiest way to update sectional charts with bulletin changes between printings?
4
What does the letter J mean at the start of an FAA instrument approach chart identifier?