Why do helicopters have skids?

Why can't they just land on the helicopter's floor? If it's for stability, they could still use skids which are shorter than what is commonly used. 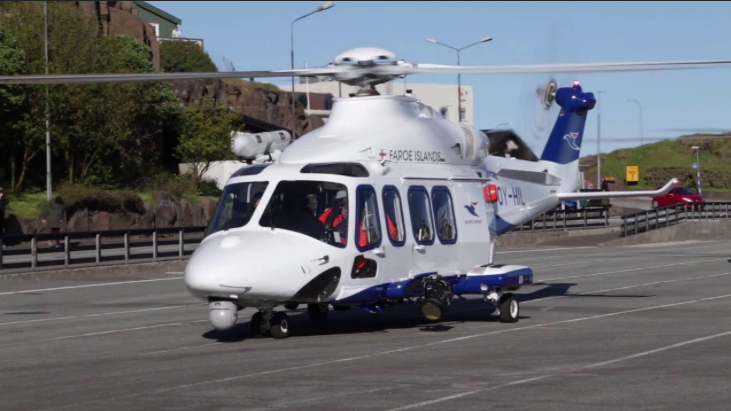 Larger helicopters have landing wheels, and as we can see on the picture above, they are placed as far outward as practically possible in order to provide stability in the landing. Touch down one wheel on an sideways inclined slope, lower the collective, and the helicopter will align itself onto the slope with:

All the above is for wheels, which allow the helicopter to taxi on-ground. Skids perform all of the above functions apart from the on-ground taxiing, and are cheaper and lighter than retractable landing wheels. Of course, the other downside is that they have more drag. 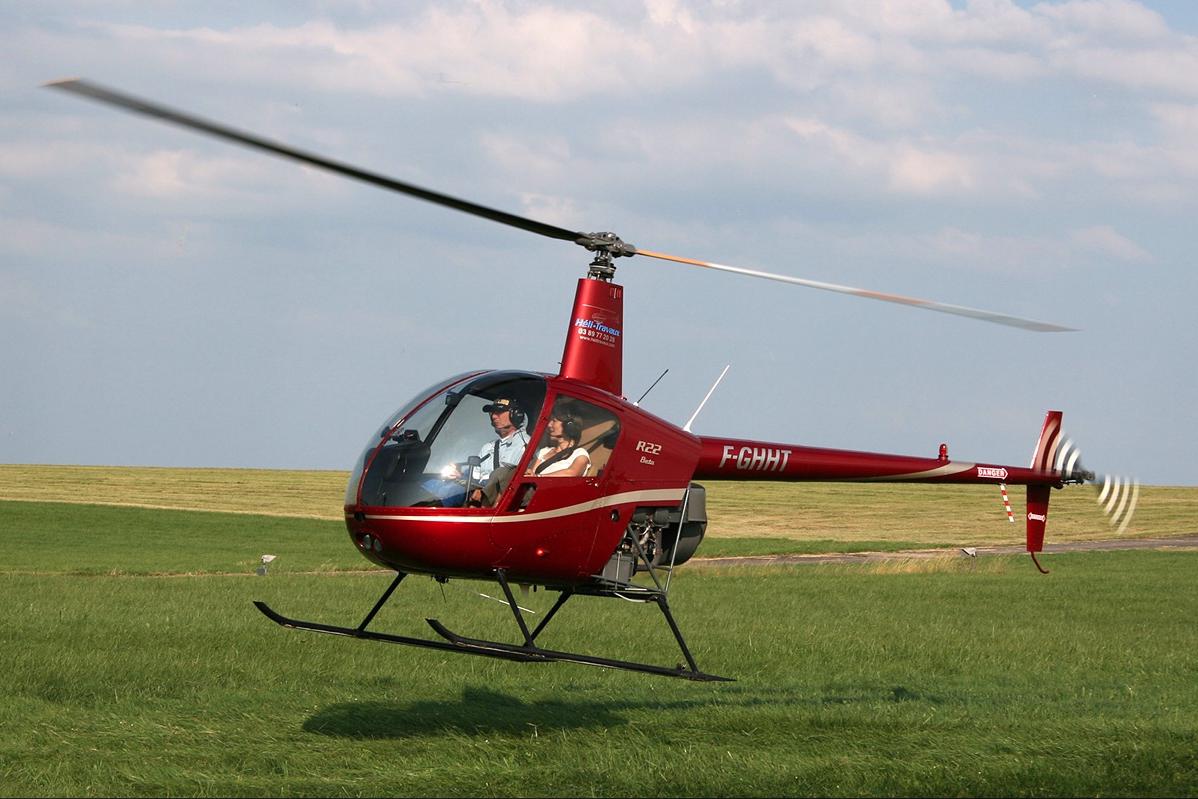 One would not want to land this helicopter without the skids!

Physically they likely could, but helicopters (and all aircraft for that matter) tend to have stuff mounted to the bottom like antennas, probes, cameras etc. so adding some kind of landing gear or skid helps to provide clearance for all that. This question covers a bit about whats mounted where.

The belly of a helicopter also tends to not be perfectly flat (depending on the model) so belly landing can lead to some roll which may allow the rotors to scrape the ground.

Skids are especially beneficial when the helicopter is supposed to land on rough ground, e.g. grass.

They move the body and the rotors farther away from the ground, thus giving both more clearance.

Compared to extending the body to the ground to achive the same effect, skids add less weight and significantly less air resistance.

Compared to wheels they are better suited for rough ground, as they have a larger contact area and thus tend to sink less into the ground.

Wheels on the other hand have the advantage when the helicopter usually lands on concrete or other solid ground. Here they allow taxiing.

Skids, as opposed to wheels, allows the pilot to get some sense of balancing tail rotor counter torque before lift off. Skids would provide more drag until the pilot "got it". Same thing moving forward, backwards, or side to side. The skid friction limits movement (or damps it if you will), rather than creating a nightmare of correct/overcorrect in 2 dimensions.

An additional benefit of longer skids is some energy absorption upon a vertical crash. The skids are generally designed to bend outwards and up during impact. This can be seen occurring in many helicopter crash videos. The design of impact absorbing skids is covered extensively here.

As pointed out above, not all helicopters use skid style landing gear. Some have either a fixed or retractable wheeled undercarriage. These offer excellent mobility on paved or short cut grass airfields, surface taxiing, rolling takeoffs or landings or for movement aboard ship. Surface taxi also consumes a little less fuel than hover taxi or takeoff from an IGE hover, but are more complicated, heavier, and expensive than skid type landing gear.

The downsides to skids are

The aircraft’s fuselage is shaped primarily to provide the best aerodynamic fairing for the cabin, engine and transmission and aircraft systems; it is not necessarily the most stable platform and does not provide any shock absorption in case of a hard landing or an autorotation landing. Landing gear is designed to solve that problem.

The siding of the skids is based on a lot of things from the ability to provide solid, stable support on uneven terrain to prevent the onset of potentially deadly ground resonance during a harder than normal landing to offering good ground clearance.

13
What is the purpose of this helicopter fin antenna?

33
Why aren't there more passenger helicopters?
20
Why aren't modern helicopters quieter?
30
Do helicopters have an auto hover system?
7
Why are almost half of the world's helicopters in North America?
36
Helicopters: why hasn't NOTAR been more popular?
0
Why do intermeshing helicopters use asymmetric airfoils?
4
Why do helicopters not flip when using cyclic pitch control to move?