How does the Airbus auto takeoff system work?

Can you explain in a easy way, how the auto take off system of Airbus works? What is needed on a modern aircraft to perform the take off without help by a pilot?

This is a quote from Airbus's press release:

Rather than relying on an Instrument Landing System (ILS), the existing ground equipment technology currently used by in-service passenger aircraft in airports around the world where the technology is present, this automatic take-off was enabled by image recognition technology installed directly on the aircraft.

So it sounds like the plane is using the same technology used in autonomous cars, which are able to use computer vision and cameras to navigate traffic. Except in this case the plane just had to keep center-line and rotate at the appropriate speed. 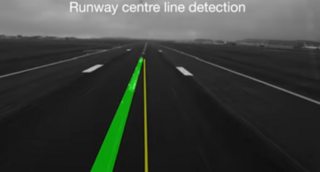 Not the answer you're looking for? Browse other questions tagged takeoff or ask your own question.

8
How does autobrake work?
21
Could the Boeing 787-9 near vertical takeoff demonstration be performed by Airbus A350 aircraft?
17
Is the Brodie landing system still in use somewhere?
10
Is the takeoff power always maximum?
12
When does a 'flaps/slats misconfiguration' warning sound during takeoff roll?
25
What are the effects of a rejected takeoff?
1
How can I figure out the take-off minimum when multiple minimums are listed in the TPP?
3
Does the auto thrust at takeoff compensate for asymmetric engine characteristics?
3
Can a Bombardier CRJ derate the takeoff thrust?