Why did the Boeing Max operated by Lion Air disintegrate upon crashing in the sea from a low altitude?

The Lion Air Max crashed in the Java sea from a low altitude. What is the structural integrity strength of the fuselage?

I am curious to know the structural strength and integrity of commercial airliners like Boeing. The Lion Air doomed flight did not achieve cruising altitude of the standard 35,000 ft. I don’t know the exact altitude achieved but due to the MCAS triggering, I believe the jet didn’t reach cruising altitude. Why did the jet disintegrate upon impact from a mid-level altitude? I know it plummeted at 400 MPH but is there no structural strength to absorb the impact? Are jetliners not constructed to withstand high volume impact?

Because of a high speed impact

The official accident report published by the Komite Nasional Keselamatan Transportasi (KNKT) shows the data from the FDR (flight data recorder) for the accident flight. This is the altitude and airspeed it recorded:

As you can see, the aircraft reached an airspeed of around 450 kt before the FDR stopped recording (the Vmo of the 737 MAX is 340 kt according to b737.org). The altitude was around 6000 ft, which I would not really call "low altitude". Also note how fast the altitude dropped towards the end: the aircraft went from about 5000 ft to impact in only around 22 seconds resulting in descent rates in excess of 10,000 ft/min.

The recovered wreckage identified consisted of, but was not limited to, parts from the left and right engines, both main landing gears, parts of the empennage, parts of the forward and aft left passenger doors, parts of the wings, a flight crew oxygen bottle, and parts of a circuit breaker panel. The damage to the aircraft suggested a high energy impact.

So the primary reason for the disintegration was the high speed at the time of the impact. No commercial airliner could possibly survive this. Have a look at this car crash test at only 200 km/h: 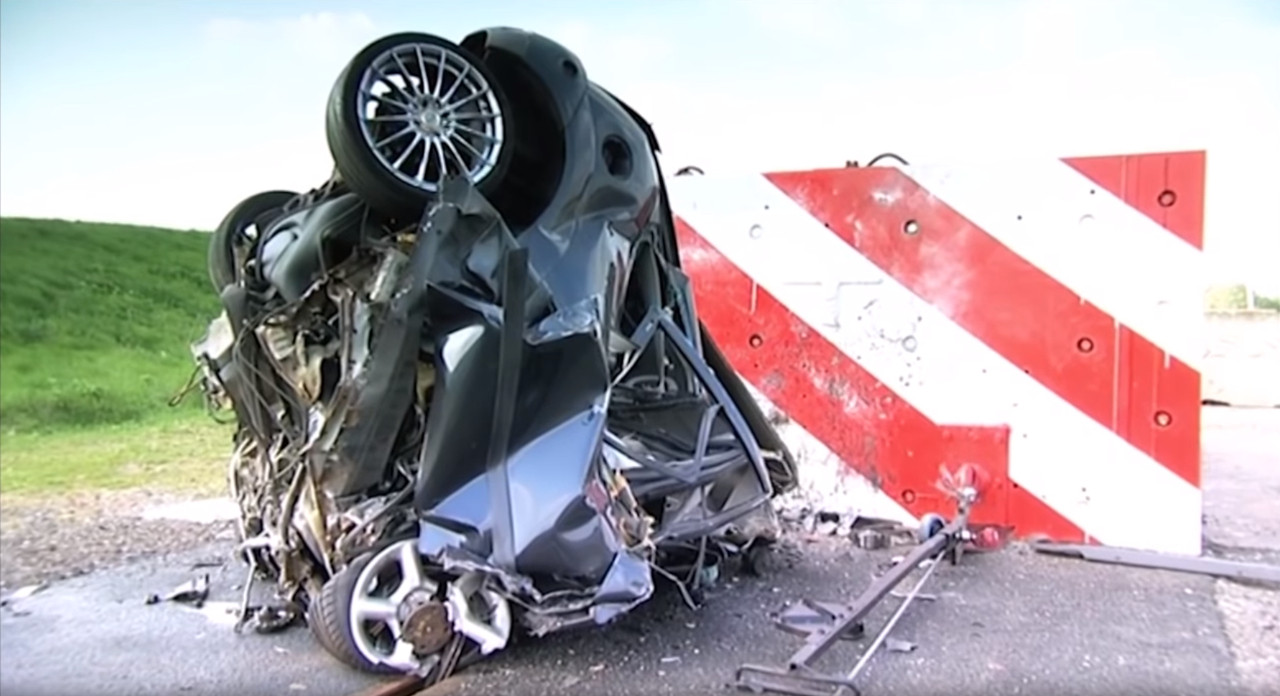 The car is completely destroyed by the impact on a concrete block. As Zeiss Ikon pointed out in the comments, "at even 100 kt, water is harder than concrete". And 450 kt is over 800 km/h, meaning 4 times faster (i.e. $ 4^2 = 16 $ times higher kinetic energy). Nothing that can still fly could possibly be built to survive this.

4
Why is Germany not able to read data from the Boeing 737 MAX black boxes?