What is the correct procedure for operating the engine fire extinguishers on an ATR72?

I am developing an application for airport fire crew and ground staff. Part of the application is to familiarize users with emergency procedures of various aircraft. I have a few questions about the procedure for discharging the engine fire extinguishers on an ATR72 that I hope someone can help me with: 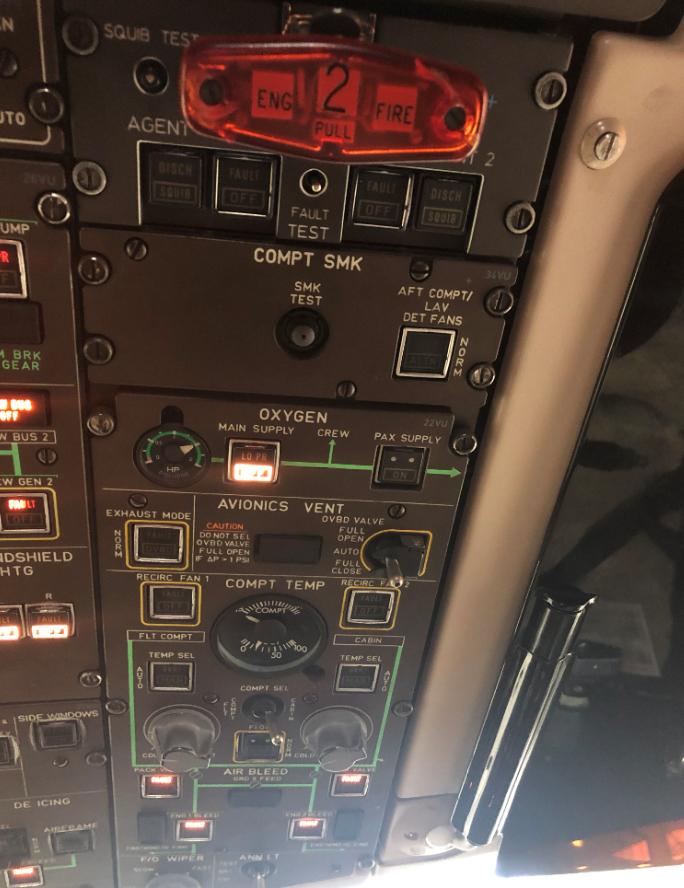 Yes, this is correct, except that the handle does not need to be twisted as far as I know. When the handle is pulled, the following things will happen:

Pressing the squib button will then discharge the extinguishing bottle into the engine.

Nothing, the button is not armed at this stage:

Yes, both FAULT lights would be on and the alarm is triggered, if both loops A and B detect the fire: 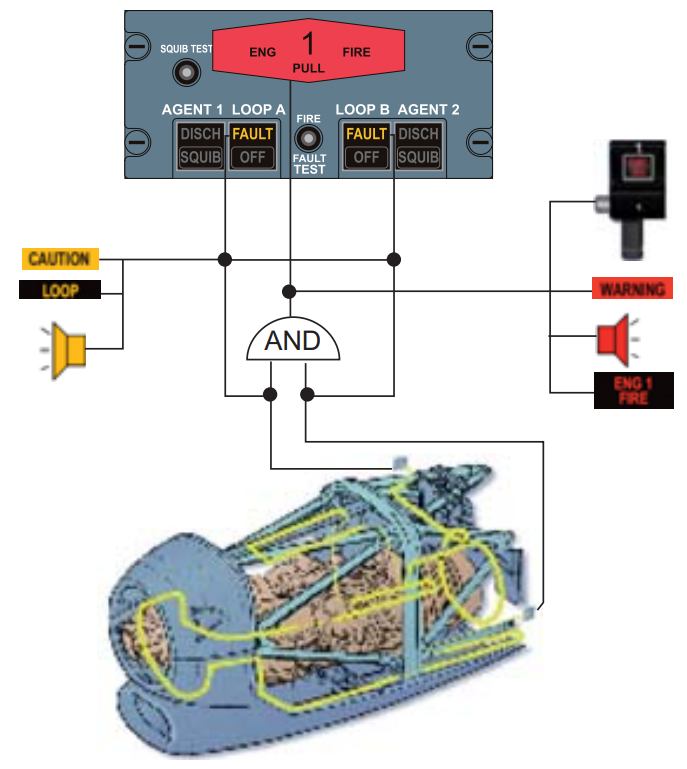 The pilots would be alerted of the fire by:

A single FAULT would indicate a fault in the detection system, not a fire itself:

You would press the button to turn off the respective loop such that the other loop can detect a fire alone:

There are two fire extinguishing bottles and each can be discharged into either engine (Agent 1 refers to the bottle on the same side and Agent 2 to the one on the other side): 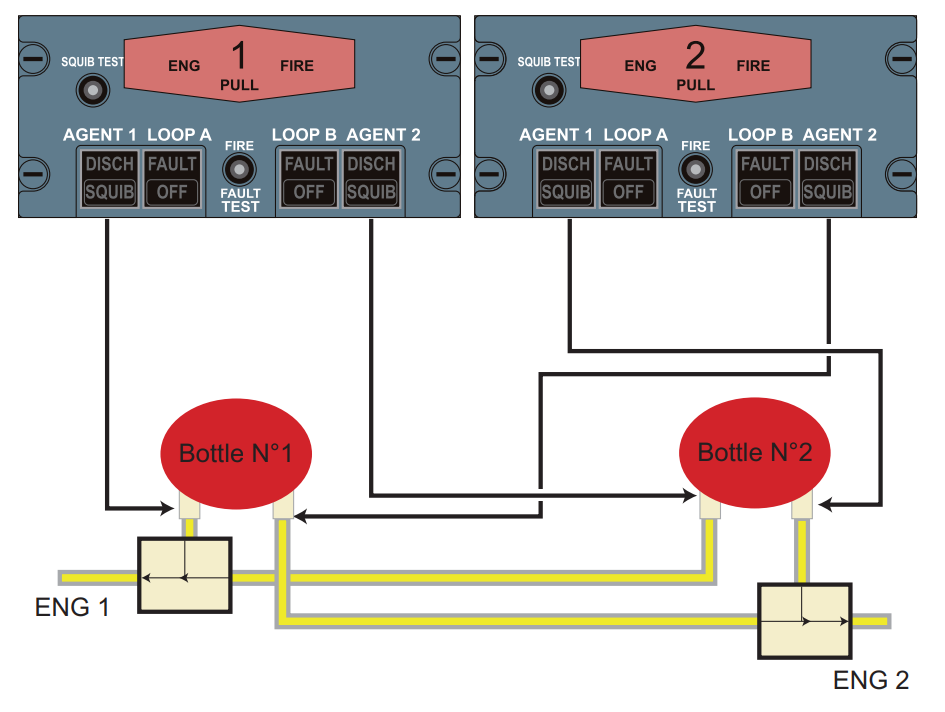 The correct procedure for an IN FLIGHT ENG FIRE is:

Also have a look at this YouTube video found by Jpe61.

Not the answer you're looking for? Browse other questions tagged cockpit fire atr-72 cockpit-alerts firefighting or ask your own question.

22
When the brakes are checked, what do the firemen actually do?
14
How does the pilot check if an engine fire is real?
6
What are the visual differences between the ATR42 and the ATR72?
3
What does the ATR72-600 MFD System display look like?
1
Can the pilot stop airflow between cockpit and cabin?
5
Why close isolation valve and APU bleed air for engine fire?
3
How big a risk is to abort take-off before V1 with uncontained engine fire and side-wind?
4
What is the proper procedure for a piston engine fire on the ground (e.g. during engine starting)?