Which timezone do airspaces that cross a time zone boundary belong to on a VFR sectional?

The Albuquerque VFR sectional claims that the airspace table in the margin use local time, but some of the airspaces in the table cross timezone boundaries. Which timezone do those airspaces belong to?

BRONCO 3 MOA is an example that crosses the New Mexico-Texas border and therefore from Mountain to Central Time: 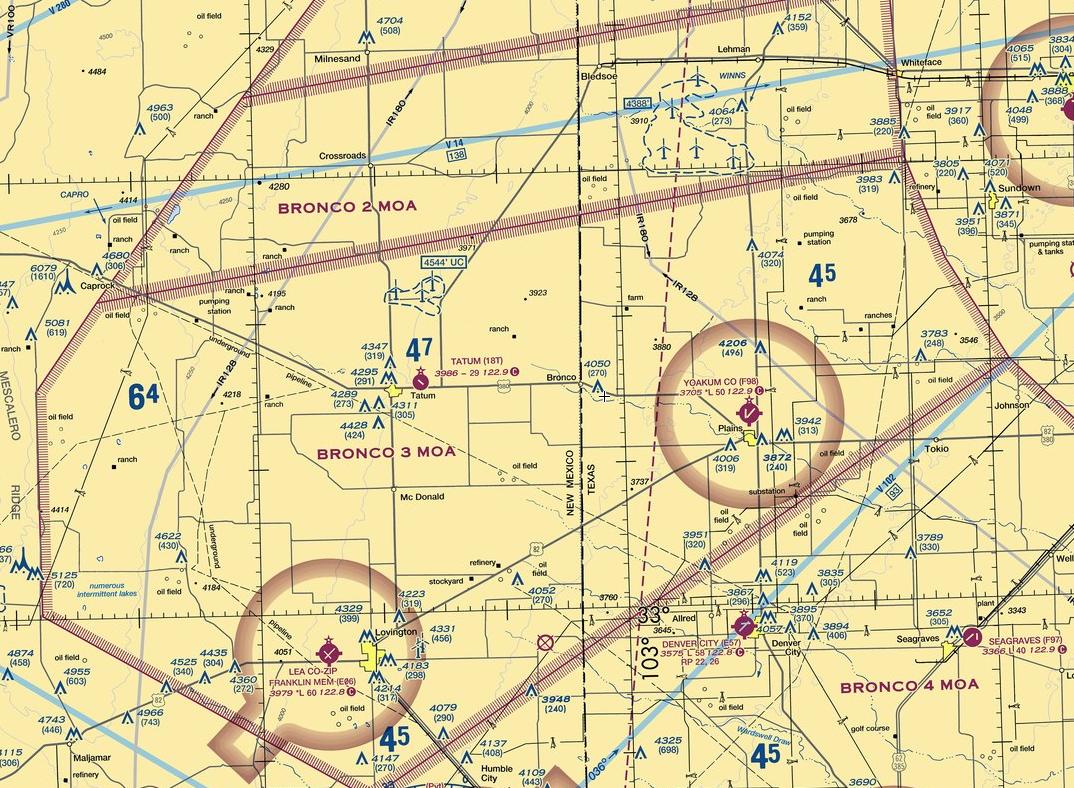 See this excerpt from the margin which states that local times are used and lists the effective times for the Bronco 3 MOA:

So, in the case of the Bronco 3, are the listed "local" times MST/MDT or CST/CDT?

The times listed on the margin of the VFR Sectional chart are generally local time. In fact, the effective times that the FAA lists are also published in local time. However, in the case of a Special Use Airspace (SUA) that covers multiple time zones, the FAA specifies which time zone is used for local time.

The FAA publishes these details of SUA in the JO 7400.10A "Special Use Airspace".

You ask specifically about the Bronco 3 MOA. In the 7400.10A, the following details are currently published for the Bronco 3:

So, while Fort Worth Center is the controlling agency, the times of use are given in Mountain Time. This makes sense since the using agency is out of Cannon AFB in New Mexico.

Compare this to the nearby Lancer MOA (entirely in Central Time) for which the 7400.10A only lists the time as "local time":

Not the answer you're looking for? Browse other questions tagged aeronautical-charts time or ask your own question.

26
What time zone is used for operating an airplane?
16
Why does aviation use Zulu time instead of the local time?