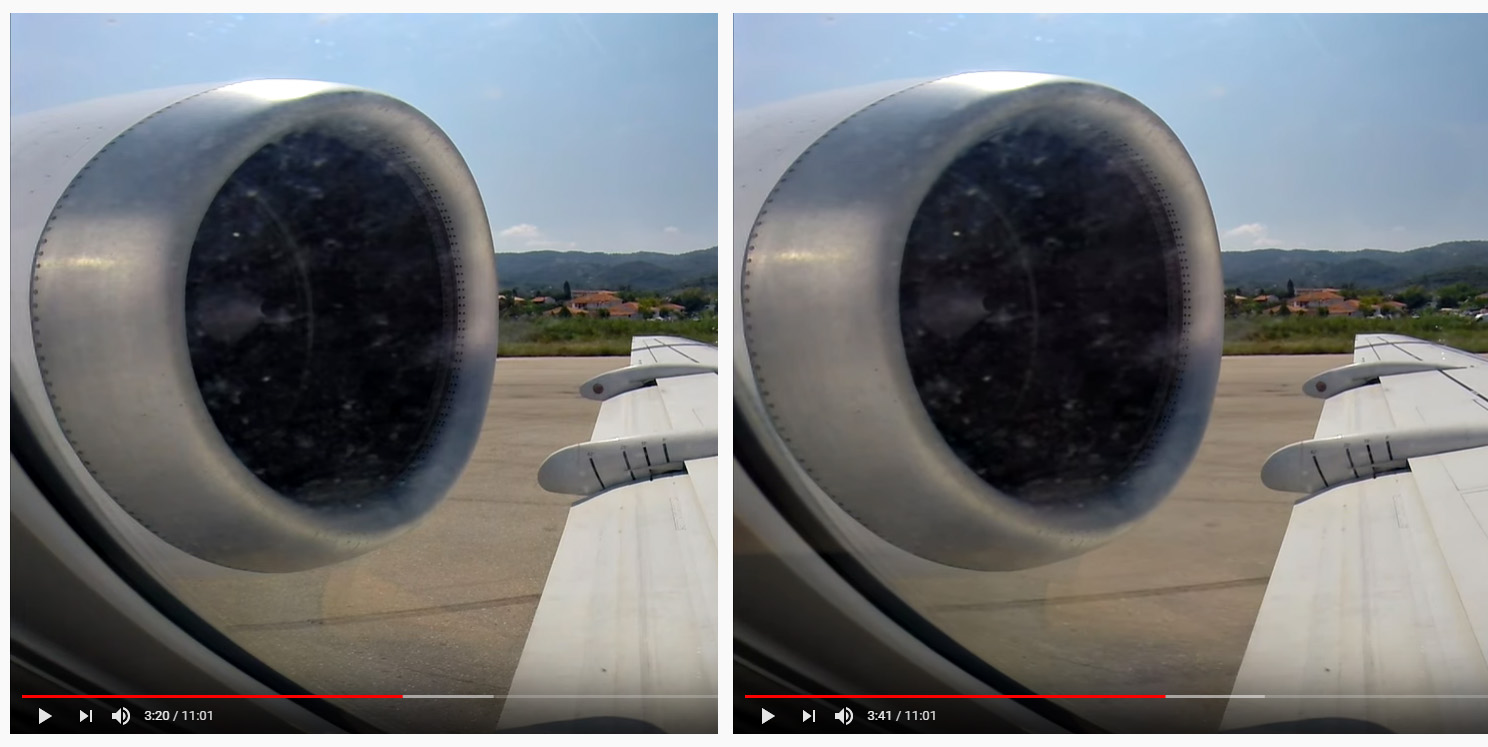 And to further prove my point (having some extra time by chance), here are two images I've created to make this phenomenon more visible:

This is a combination of two crops from the video. Exact same location, but different time. The other is just before T/O thurst is applied, the other just before brakes are released. Image is divided into four segments, two of former, two of latter point in time. A vertical and horizontal lines are added for clarity to separate segments "Dilation" is clearly visible: 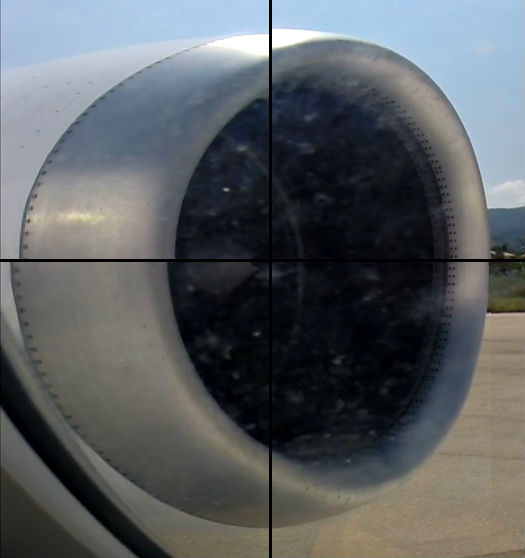 The second image is a combination of the same original images as before, but full frame. They are layered on top of each other, and the one on the top is defined as "difference" layer in Pixlr. This creates an effect that shows areas of the images that differ from each other as bright, while similar areas are dark: 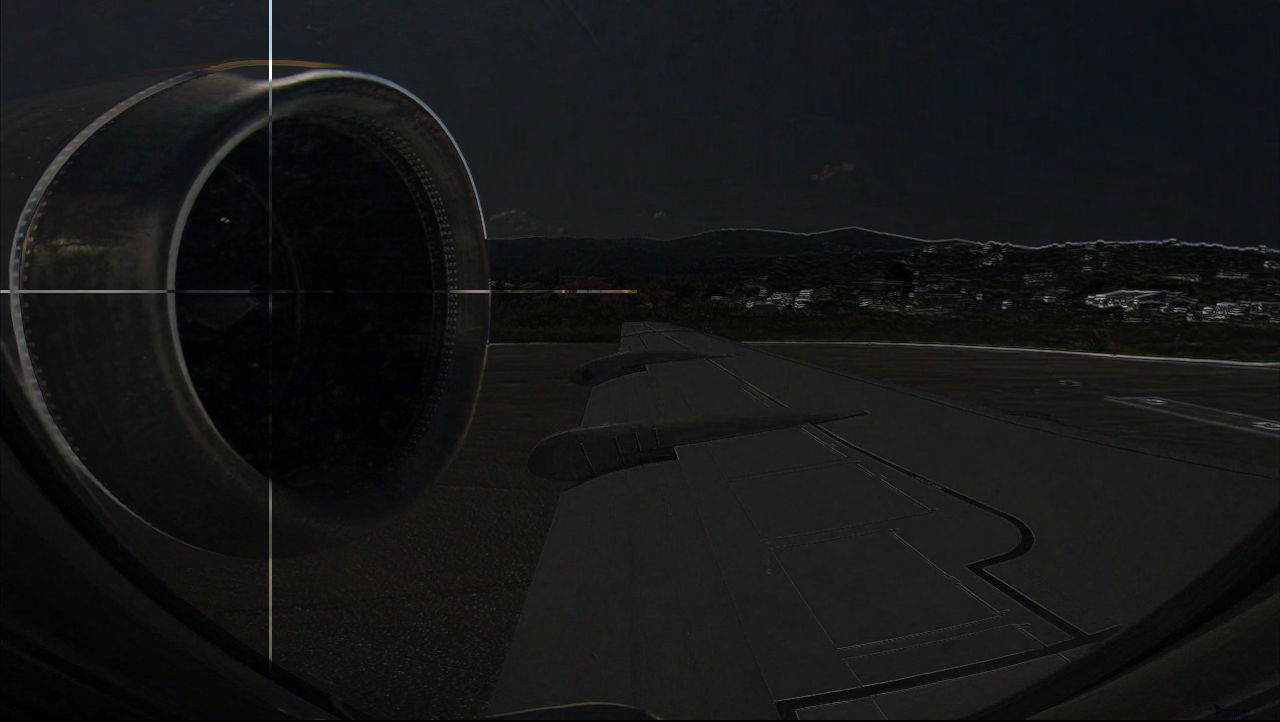 As you can see, bright area is visible around engine nacelle. Also horizon line and the runway edge are bright, these brighter lines widen towards the right edge of this composite image. This is because the aircraft tilts from the thrust being applied against the brakes. 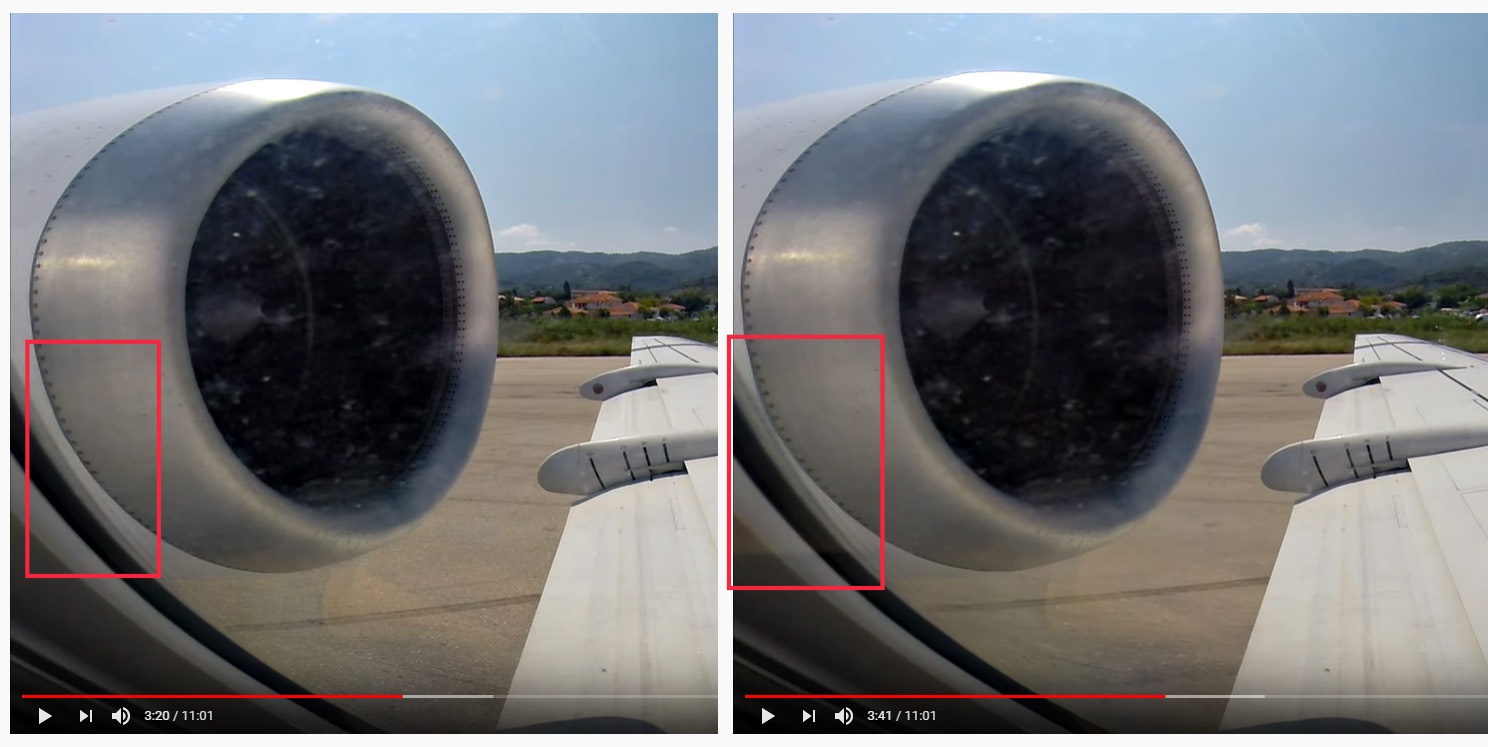