I know that turbulent flow has more energy than laminar flow and hence can sustain adverse pressure gradient for a longer period of time. It basically delays flows separation.

But referring to this source from aviationchief.com, turbulent flow encourages flow separation. I'm not exactly sure whether statement is true so can anyone give me an explanation behind this concept

This is what I think - Since turbulent flow is known for having skin friction drag, it slows down air after the suction peak. This slow down of air (due to pressure rise and skin friction caused due to turbulent flow) is gonna cause flow separation.

Turbulence delays flow separation. This is why we attempt vortex generators and turbulators in aerodynamic design when local flow separation is an issue.

Fundamental to the generation of subsonic lift, as airflow accelerates over the leading edge, its pressure drops, resulting in net suction. At some point, usually corresponding to the point of re-converging airfoil geometry, the flow begins to decelerate as its pressure rises, eventually equating to the flow pressure on the lower surface at the trailing edge. This process is called pressure recovery, and the increasing pressure profile along the upper surface is called adverse pressure gradient. 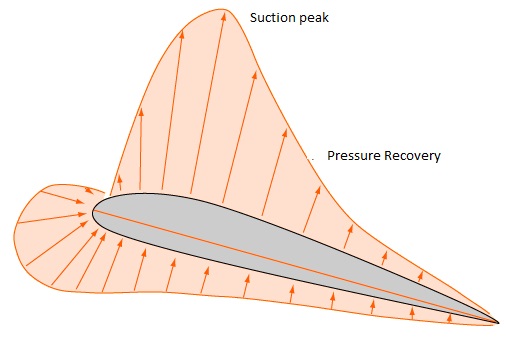 Within the boundary layer, which is a thin envelope flow close to the airfoil surface, an adverse pressure gradient in the external flow can slow the flow close to the surface (which is already much slower than the external flow due to no-slip condition) to a standstill. At that point, the separation occurs. This is more or less the story with laminar boundary layer where the flow is smooth. 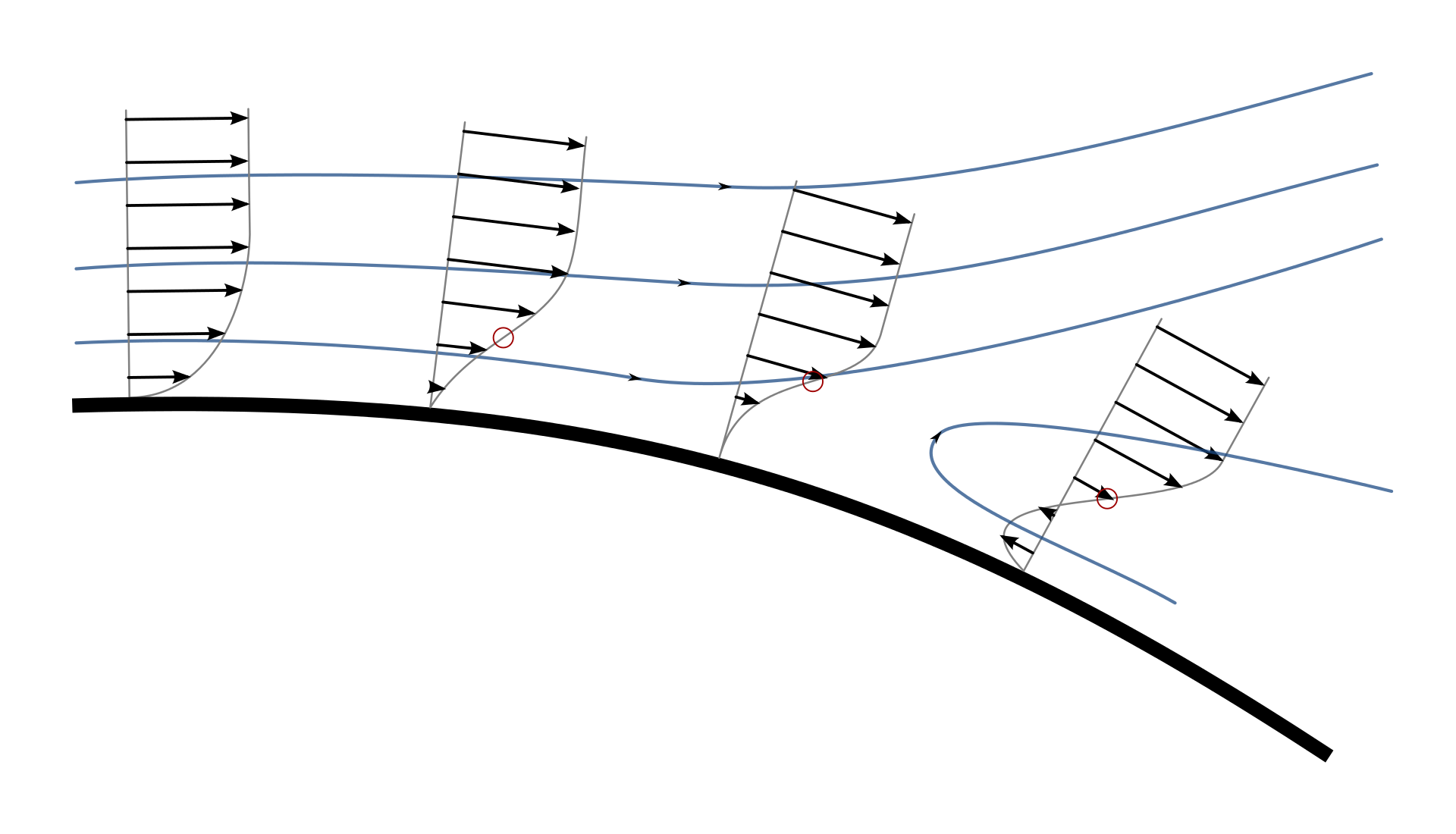 Now in the case of a turbulent boundary layer, there is a lot more mixing going on within the boundary layer due to eddies. As a result, there is continued energy injection into the bottom layer flows, which delays the flow separation that would normally occur in a laminar boundary layer. 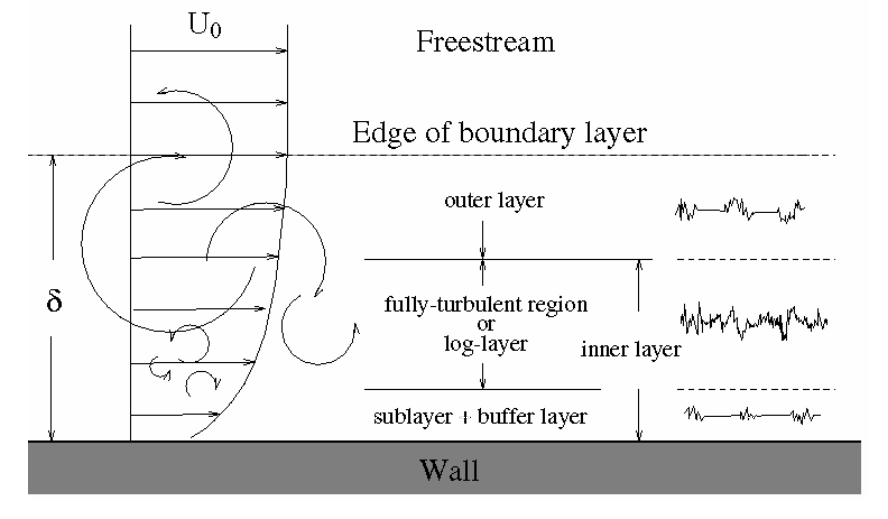 Not the answer you're looking for? Browse other questions tagged wing turbulence or ask your own question.

60
How do wings generate lift?
2
Does the wing always have an adverse pressure gradient along the chord?

4
What flies better in turbulent wind?
7
Why does wake turbulence sink?
8
Where is the spanwise flow? How does the span wise flow point the air towards the wingtip?
3
Velocity of air flow around aerofoil
3
Does a decreasing shape factor correspond to greater or reduced probability of separation?
6
Why do wings prefer laminar flow if cd is lower for turbulent flows?
1
Turbulent flows over 6 series airfoils
1
Why does placing one hand on the head track stabilize you during turbulence?