How does latitude affect the air temperature at 8 km altitude where planes fly?

Is the air temperature (at 8km) above the North or South poles colder than the same altitude above the equator? Why?

The troposphere is heated from below by latent heat, longwave radiation, and sensible heat. Surplus heating and vertical expansion of the troposphere occurs in the tropics.

There is quite a bit of variation in the troposphere as a function of place on earth, and much effort has been put into creating a standardised atmosphere that can be used for practical purposes around the world. The ICAO standard atmosphere serves that purpose. It cannot account for local wind conditions and humidity. 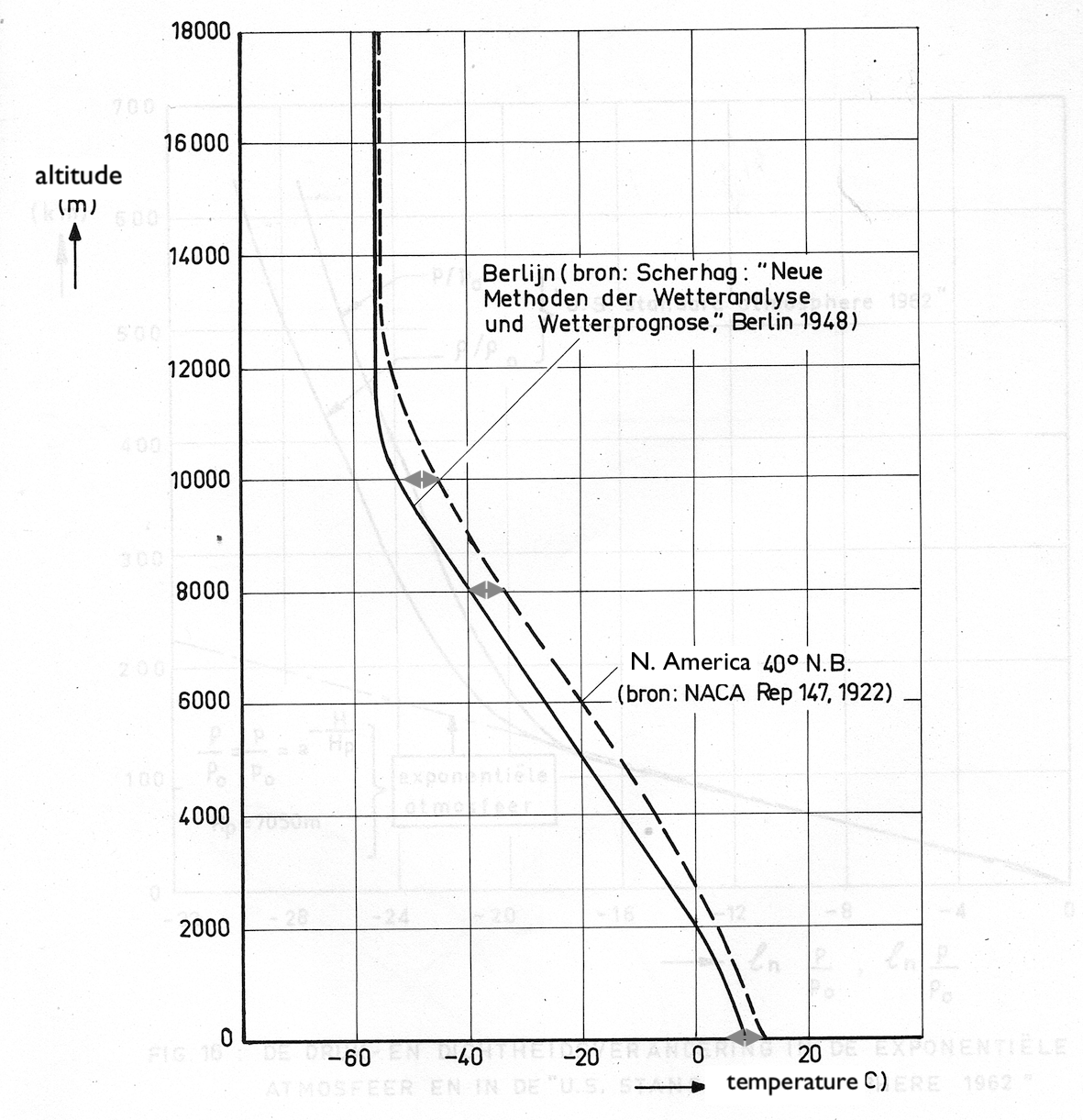 The temperature decreases at approximately 3.57 degree Fahrenheit per 1000', the adiabatic lapse rate, until hitting the tropopause, the boundary between the troposphere (lower altitudes) and the stratosphere. At that point the temps flatten out. The lapse rate is pretty constant everywhere, so yes, it should be colder at higher latitudes for the same altitude.

The tropopause is at a higher altitude at lower latitudes, so you actually end up with cooler temps above the equator then above the poles for very high altitudes (17 km range).

The airplanes do not cruise at a certain altitude, but at a certain pressure level. That could be an irrelevant nitpick if the temperature did not directly affect the pressure as a function of altitude. But it does (through the hydrostatic equilibrium). In colder areas the air is heavier and flight levels are lower as can be seen in maps of geopotential height

At FL360 the pressure is 225 hPa and the altitude is around 36 thousand feet. The 300 hPa and 250 hPa will be quite typical flight levels for airliners (~FL300 and FL340). You can see the current map of altitudes and temperatures for these and other levels at http://weather.uwyo.edu/upperair/uamap.shtml

The green numbers are temperatures, the blue numbers are altitudes. You can see that for the same flight level the aircraft is at 9600 m above North Africa or Florida and at 8400 m near the north pole in the current weather. In summer the air is warmer and the flight levels are higher as you can easily see by choosing a different date in the app. Also, the south-north gradient is weaker in summer - related to the strength of the polar vortex.

Due to the air compressibility you can never have higher temperatures in the stratosphere than at the Earth surface. However, in certain sense, the air at higher levels IS actually warmer. The potential temperature is higher and if the air is brought to the surface pressure level, it will be indeed warmer. However, that costs mechanical energy (work).

3
What effect does cold weather have on helicopter performance?
6
Do airliners adjust altitude for latitude?
5
How to calculate outside air temperature at a certain altitude?
0
How to compute the change in static temperature using only altitude?
2
What are the equation linking static air temperature with true airspeed & altitude?
1
Why doesn't temperature affect Pressure Altitude?
4
Difference between Mountain Breeze/Katabatic Winds and Valley Breeze/Anabatic Winds
4
Is the ISA still up to date?