When evacuating after a rejected takeoff, what is the minimum distance you should be from the plane and which direction should you run?

In case of a rejected takeoff, and due to a malfunction or engine explosion, how far do you have to distance yourself from the plane and in which direction would you run towards?

In my opinion (please correct me if im wrong) this is what i think, for direction, the most logical sense would be upwind incase of engine fire. for distance, during our training we were told 1 wing span...?

Please include some official references like FCOM, FCTM or other similar documents!

Thank you for taking the time to read my question too!

First and foremost, you follow the directions of the flight crew and any emergency services you encounter. This takes precedent over anything anyone else tells you. Failing to do so may put your life and the lives of those around you in danger.

That said, lets break this down into the possible sources of danger...

If you're evacuating from an aircraft there's fair chance the brakes and wheels are extremely hot and possibly overheating. If that's the case there is a danger of them exploding. We have a good answer about how firefighters deal with these, which says to avoid being directly in line with the front or sides of wheels and to prefer being at a 45° angle to them.

Based on this, you should avoid being close to tires in general and ideally keep to a path that puts you at 45° to the wheels until you are at least 80 m away (263 ft). The most important thing is to avoid being directly inline or to the side of the tire. 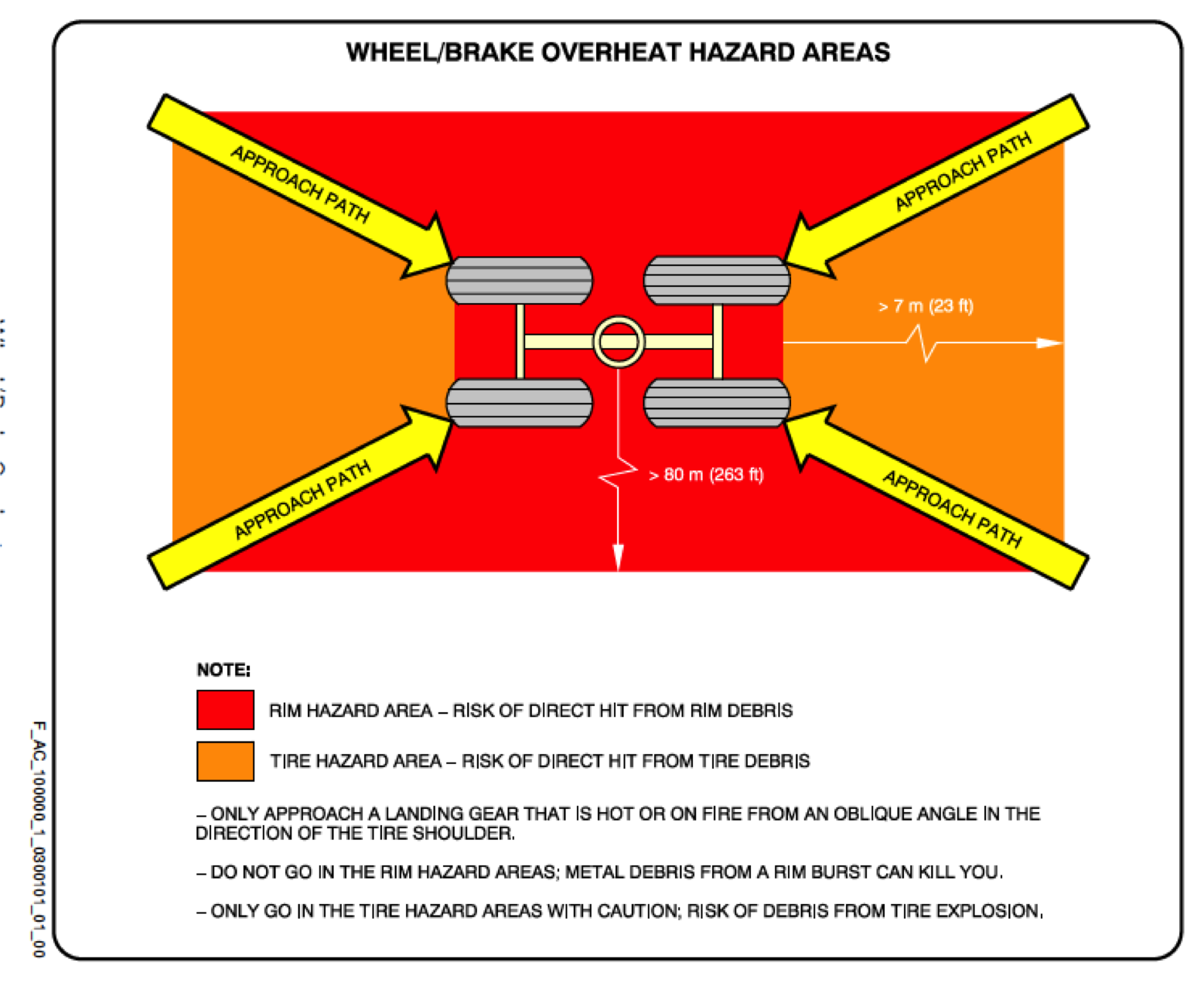 The engines are normally shutdown asap after an emergency landing, however they could still be running. If the engine has been shutdown and isn't on fire it should pose no threat to your safety, though for good measure I'd avoid putting myself in line with the turbines (or generally to the side of the engine), because if they break/explode it will not be contained.

If an engine is still running, on an airliner you'd normally avoid evacuating on that side of the aircraft as there is a danger of being sucked into the front of a running engine or being hit with the hot air coming out the rear. Again I'd avoid being to the side of the engine in case of turbine disc failure. 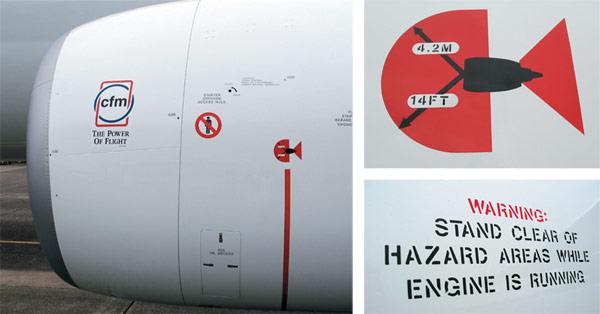 Fire and smoke can be spread by the wind, so as others have said, I'd prefer to be upwind to avoid a lung full of toxic smoke and being in the path of a fire. Though I think this is very much a secondary consideration. I'd be much more worried about the tires.

If there is a general explosion on the aircraft debris could fly in any direction so there is no preference for a safe direction to run in this case. For distance I'd suggest an absolute minimum of the 80 m as per the brakes, but why would you want to be closer than necessary to a potential explosion? Keep going and DO NOT stop to take a selfie or video until you come across some emergency services, who should guide you to a safe location.

One rule of thumb that firefighters are taught is that the 'safe' distance for the public to be from a fire is when it appears about the same size as your hand at arm's length.

62
Can a human get sucked into a jet engine?
22
When the brakes are checked, what do the firemen actually do?
26
Is there any emergency situation in which jet engines would not be shut down before passenger evacuation of a transport aircraft?

6
What should the pilots do when fire is detected during the takeoff roll at high speed?
10
What is the minimum altitude needed to return to the takeoff airport in a 737 after dual engine failure?