What is the bulge under the engine of the Mirage III and some of its variants?

While attempting to create a Kfir in 3D modelling software, I noticed a bulge under the engine on the reference picture (a 2D side view) I was using, which I initially assumed to be a fin. After looking at some 3D images of it, however, it is far too wide to be a fin: 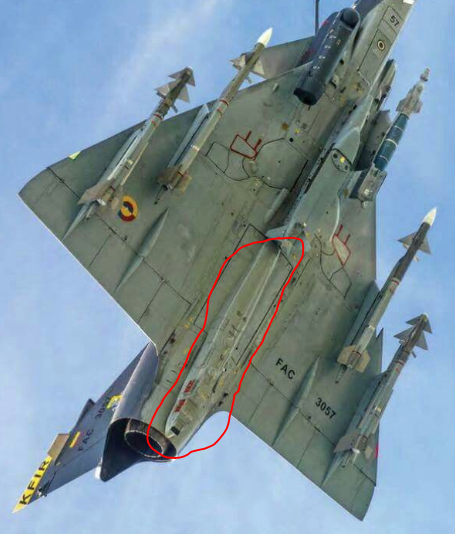 There is a similar bulge in the same position on the Mirage III: 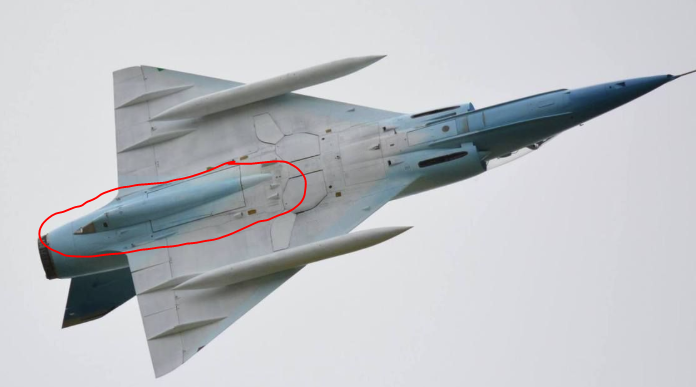 The Atlas Cheetah and Mirage 5 both have a bulge in that position as well, although every non-Mirage-III-based Mirage seems to lack it. The Mirage 2000 has a bulge in a similar location; however, it appears to be much smaller: 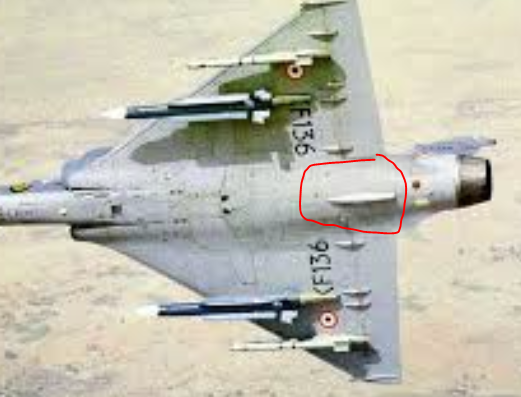 My initial thoughts were either ECM or some kind of fuel tank. Does anyone else know what it might be?

For the Mirage III, it's a fuel tank (that also allows a camera attachment). See cutaway below (item 157).

The Mirage IIIRS could also carry a centerline pod for conducting photo reconnaissance missions, as well as an integral fuel tank underneath the aft belly; this tank could carry a smaller fuel load, but also allowed for a rear-facing film camera to also be added. When fitted with the reconnaissance pod, supersonic performance was severely diminished. 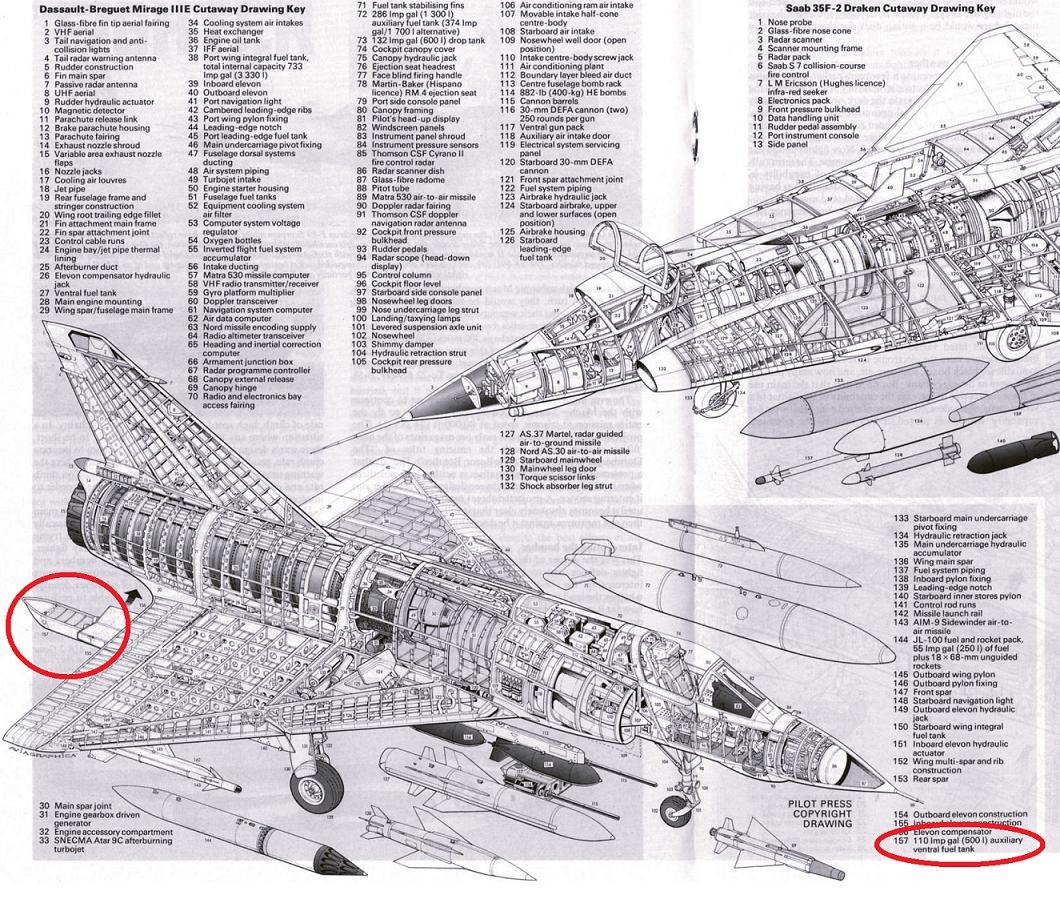 It was known as the "rocket bay" tank. The original Mirage III had a rocket fitted there, for maximum climb performance to intercept the ruskies coming over from the east.

Later models, including the Aussie Mirage III O, had the rocket system removed and replaced by a fuel tank. Wikipedia refers. If you look closely, you'll see the outline of the rocket bay: rectangular-shaped, with the faired piece extending rearwards. The tank could be removed.

It looks as though the Kfir has got a equipment pod in there.

On the Atlas Cheetah C, D, and E, it was a fuel tank and housed the downward firing chaff/flare dispensers. 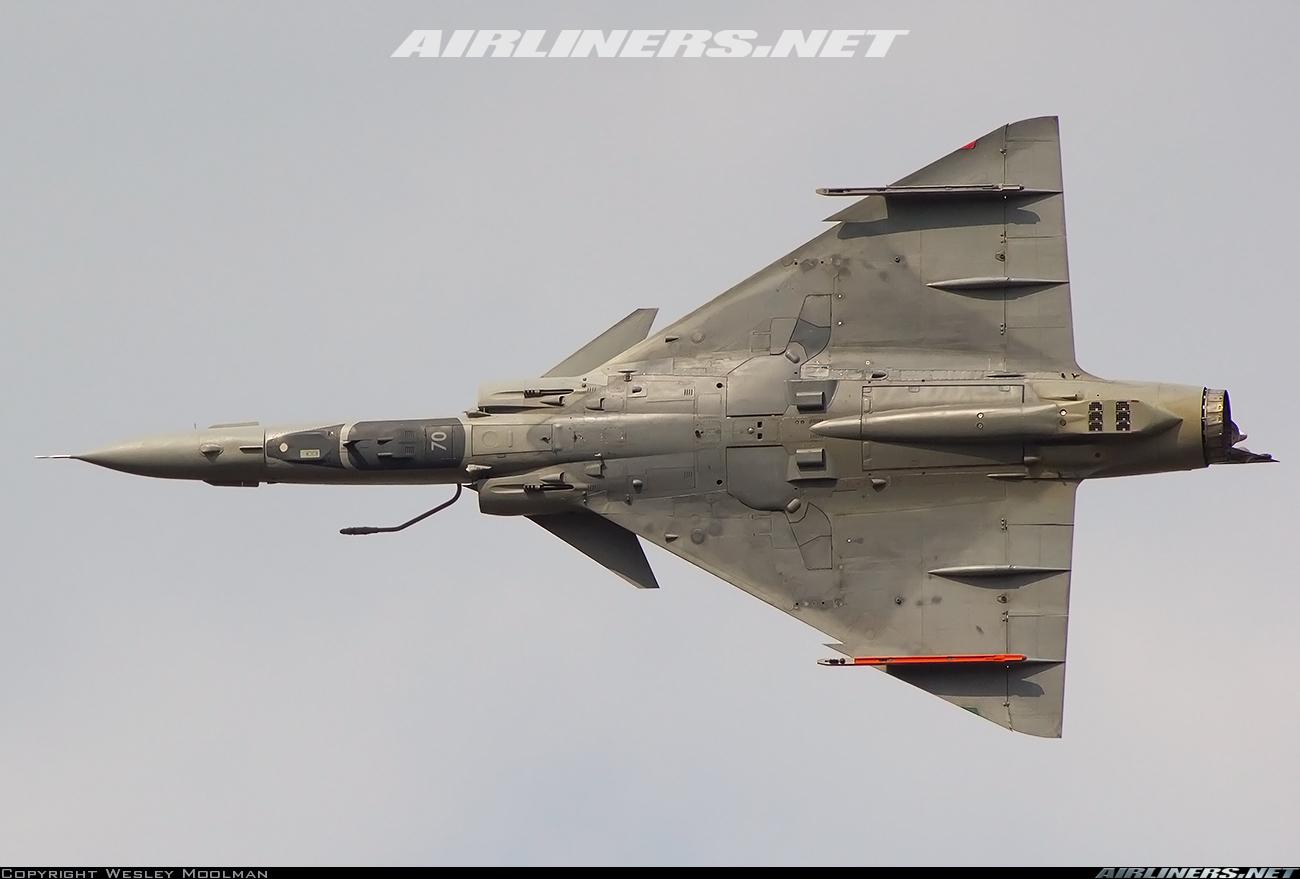 Not the answer you're looking for? Browse other questions tagged feature-identification dassault-mirage-iii or ask your own question.