What is the thrust balance between compressor and exhaust nozzle for a turbojet engine?

I had this question asked in university and the teacher was unable to provide more than a theoretical estimate. The ratio I was given was 15/85.

Obviously in the case of a turbofan this ratio increases.

Is there any professional pilot or engineer able to tell even on a real example, what is the ratio of thrust distribution between compressor and jet for a known reactive jet engine, turboprop or turbofan?

The answer depends on two major factors: the engine design, and the flight speed.

To start with the last question:

Helicopter engines are turboshafts, which transfer all useful power onto the output shaft. No thrust from the exhaust stream here, ratio 100/0

Then the title question, which is a bit confusing because of the use of the word suction. IF we take the question as posted in a comment, it seems to focus on turbofans, and on the thrust ratio between hot stream and cold stream:

Two sources for the answer:

These above percentages are from the engine itself - but in cruise flight, a large part of thrust is developed by different structural parts of the engine, notably the engine intake. 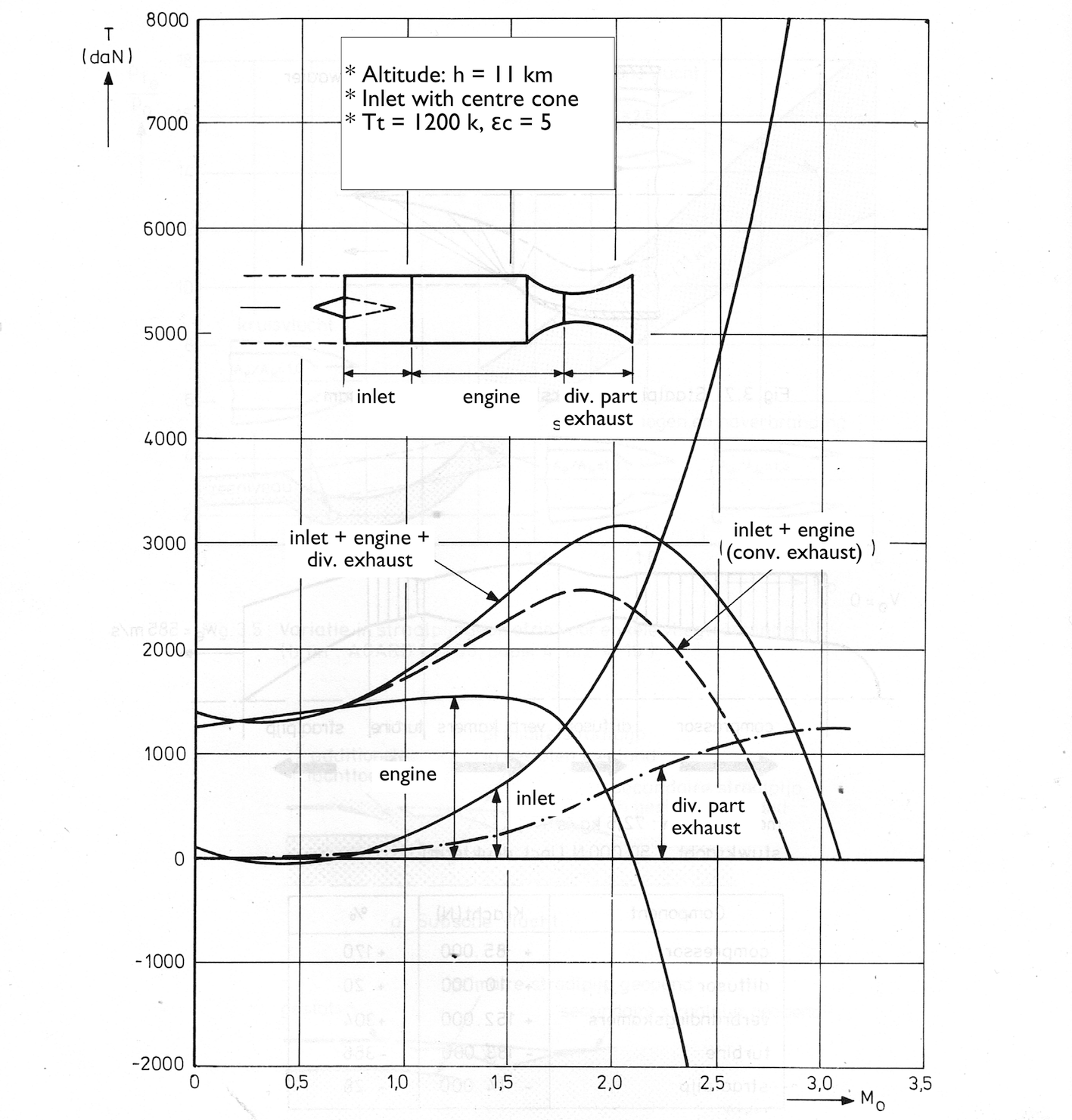 A supersonic turbojet engine with central intake cone, from an old paper format uni lecture book. The inlet starts developing thrust at below M = 1. A subsonic engine has its inlet optimised for lower velocities and contributes more to the thrust in cruise.

20
What is the difference between turbojet and turbofan engines?
31
On which point(s) in a jet engine does the reaction force act?

26
What provides the greatest thrust in a high-bypass turbofan engine?
11
How (and why) does engine thrust change with airspeed?
2
What's the thrust coefficient for a convergent nozzle?
9
How does an operator change the engine thrust rating?
3
Why does the thrust limit page display the thrust in percentage (« % ») and not in pound-force?
9
Why is thrust available constant with speed for turbojet engines, when it varies with speed for turboprop engines?
1
What is the takeoff thrust of a CFM56 engine?
2
How much the Concorde secondary nozzle contribute to thrust?