What are the factor that need to be taken into account to retrofit and an airliner like an a330 or 777 or maybe even a business jet like a global 5000 to an aerial refuelable (receiving) aircraft. Is it even possible?

It is possible, although expensive. Several aerial tankers currently in service are based on airliners, for example the Airbus A330 MRTT: 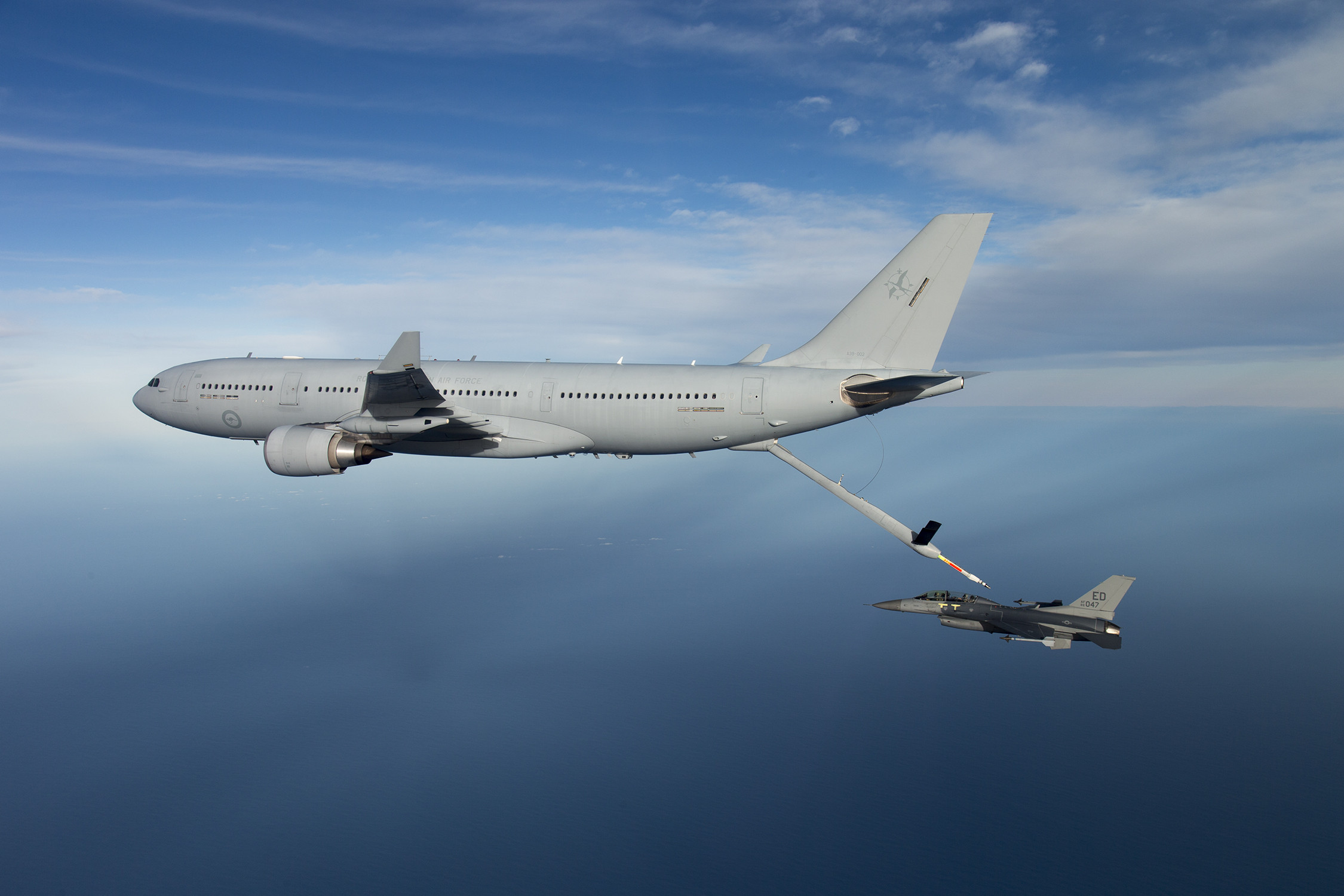 In November 2015, it was announced that an RAF A330 MRTT would be refitted to carry government ministers and members of the Royal Family on official visits. The refit would cost £10m but would save around £775,000 annually compared to the current practice of chartering flights. The aircraft, nicknamed "Cam Force One" by some in the media, will be fitted with 158 seats.[38] The aircraft entered service on 6 May 2016, with the then Prime Minister David Cameron making his first flight on it to visit the 2016 Warsaw summit.

So we know the airframe has enough commonality with the original airliner design to convert from one role to another. After all, Airbus produces the A330 MRTTs as standard A330s, which are then delivered to the Airbus Defense and Space plant in Getafe (near Madrid, Spain) where the refuelling systems are fitted.

As for what it involves, the redesign itself is the most complex part, since it involves aerodynamic changes due to, in this case, the boom. In fact Airbus suffered a mishap during testing where the boom broke off due to aerodynamic forces (I have heard the root cause was in the software laws of the boom control system, but don't quote me on that).

Other than that, adding a boom operator crew station and housing more fuel tanks inside the fuselage is fairly straightforward.

Yes, of course this is possible.

The main factor taken into account is pilot training. Mid-air refuelling puts the receiving aircraft into an unstable position which needs to be held manually for the duration of the operation. Without proper training, the refuelling operation will carry a high risk of being unsuccessful. Mechanically the modification is simple: Add some fuel lines, valves and the standard receptacle for the Air Force boom system of refuelling (at the fuel mass needed only the boom system would make sense).

The best example is a Boeing 747-200 B which has been converted as the US presidential transport. The fuel receptacle sits ahead of the cockpit on the upper side of the aircraft's forebody. From the linked site:

Capable of refueling midair, Air Force One has unlimited range and can carry the President wherever he needs to travel. 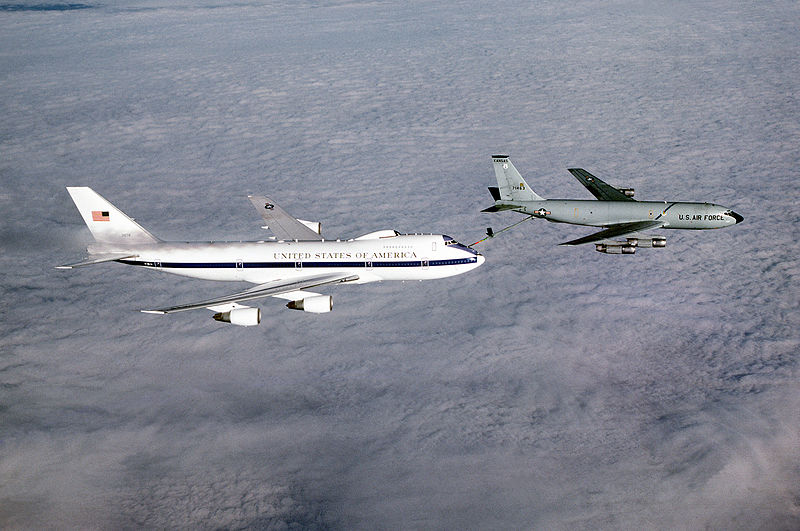 However, this capability has never been used with any US president on board and is likely to be deleted from the next version of the plane. From Popular Mechanics:

As part of the effort to cut costs by $1 billion, aerial refueling was cut from the program as well, as reported by Defense One earlier this month. Proponents of the cut argue that aerial refueling is not necessary considering no president has ever used the capability, not even George W. Bush who loitered over the Gulf of Mexico in Air Force One for eight hours after the 9/11 attacks. Opponents of removing mid-air refueling say that the ability to take on fuel and fly for long periods of time, even days, is vital to ensure the government can continue operating in a crisis, including nuclear war.

I don't think that the physical / mechanical modifications to the aircraft would be that big. You essentially just need a receptacle at the front and a fuel line from the receptacle to the tank(s).

Obviously, on transport category aircraft, everything has to be super-safe, so everything would have to be multiply redundant. E.g. two receptacles, each with two fuel lines running along both sides of the fuselage into at least two different tanks.

The problem lies elsewhere: aerial refueling is an extremely dangerous and complicated maneuver with very small safety margins. It requires an amount of constant, regular practice that is just not financially viable for an airline operator. Also, there is no way that such a dangerous procedure would ever be certified by any agency.

Not the answer you're looking for? Browse other questions tagged aircraft-design commercial-operations refueling mid-air-refueling or ask your own question.

30
Why don't airliners use in-air refueling systems?
22
Why does the US use two types of aerial refueling?

5
What are the costs and labour hours for converting a B767 airliner to an aerial refueling aircraft?
1
Is it possible to divert a plane to a distant airport?
5
Where can I find a cross sectional area plot for the A320 or other modern airliners?
1
What procedures are used for midair refueling without air supremacy?
2
Are there any special considerations involved in designing manual flight controls for supersonic/hypersonic aircraft?
6
What are the issues involved in converting a quadjet into a twinjet?
5
What's the difference between “Nonstop Commercial Air Tour” and “Aerial Photography”?
29
Why do most airliners have underwing engines, while business jets have rear-mounted engines?
0
Why are private jets more expensive to travel in than commercial aircraft?