What was this vehicle doing?

On a trip a few weeks ago traveling out of Charlotte (CLT), I took this picture of a vehicle at the airport. Our plane was fueled as we were about to board but due to various factors, boarding didn’t occur until almost five hours later. As we were finally about to board, this vehicle arrived and connected a tube to a port in the vicinity of the fuel input port. My question is this: what was the vehicle doing and what circumstances necessitate the usage of it?

Edit: Although not immediately obvious without zooming in, the yellow pieces visible are the ends of a spool around which the hose is wound. It is not one single large tank as it appears from a distance. 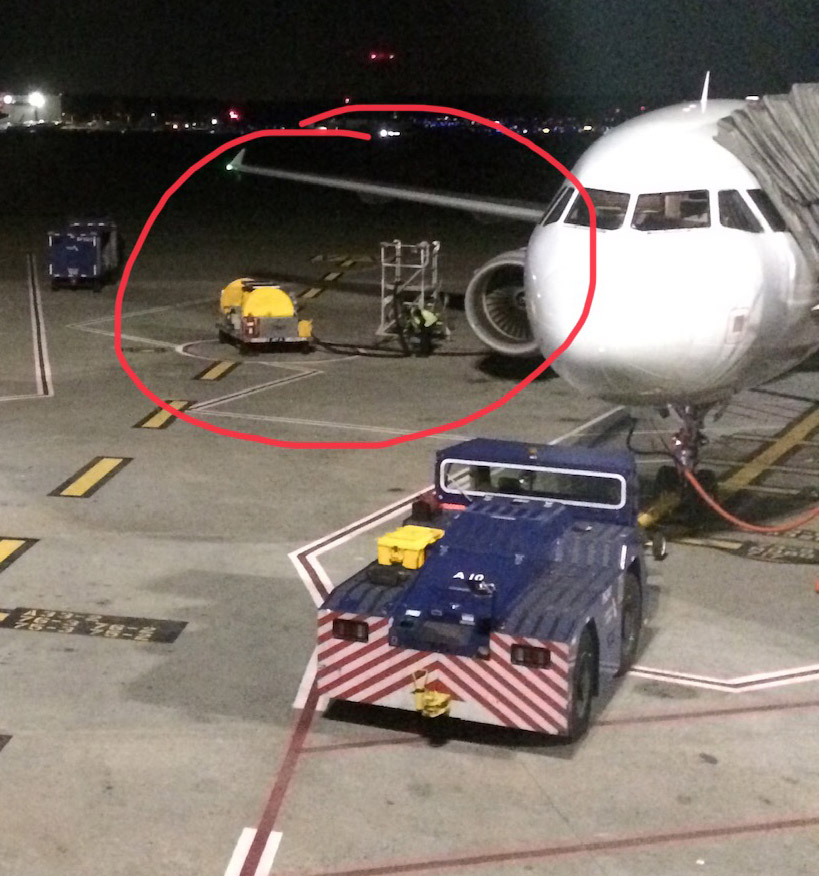 This looks like an Aircraft Fuel Servicing Cart, which transfers fuel from an underground network to the aircraft. There are two types of vehicles that transfer fuel at larger airports with these fuel networks:

The cart in your picture seems to be the latter of the two (a different model though). You can see the hose that will be connected to the aircraft on the metal staircase. The other hose on the ground connects to the hydrant (hidden behind the aircraft in your image). Your picture shows an Airbus A321, which has the fuel coupling typically located under the right wing (number 11 in the following image): 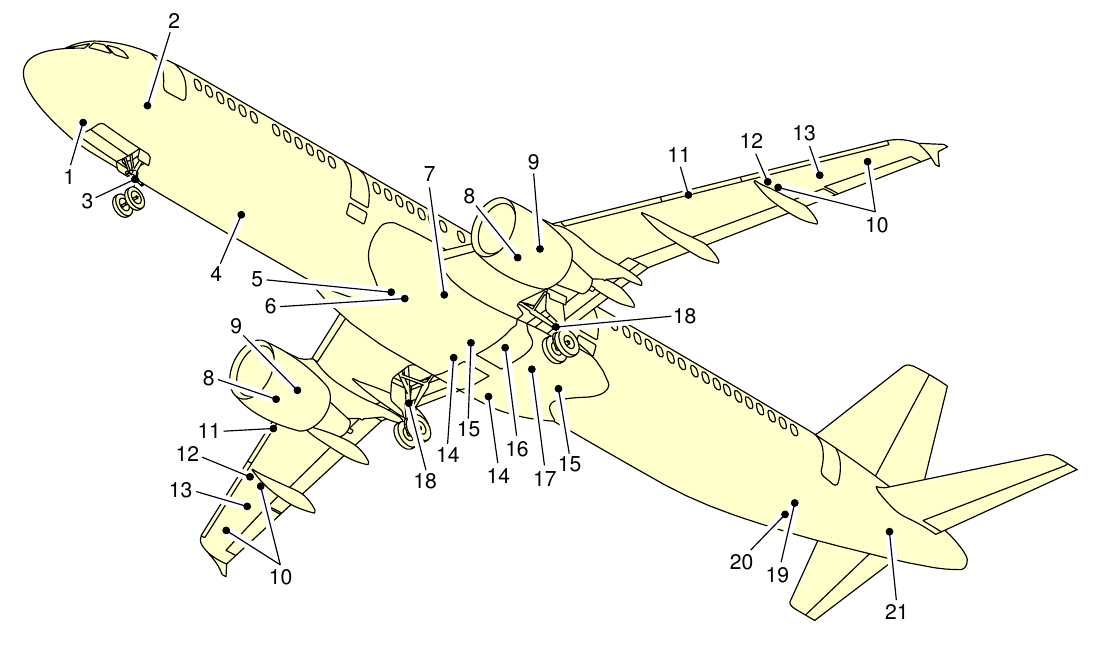 Your picture was taken at Charlotte (CLT), which according to this page is equipped with a Jet A Fuel Hydrant Facility. Airports without an underground fuel system will use tank trucks (self-contained fuel trucks) instead: 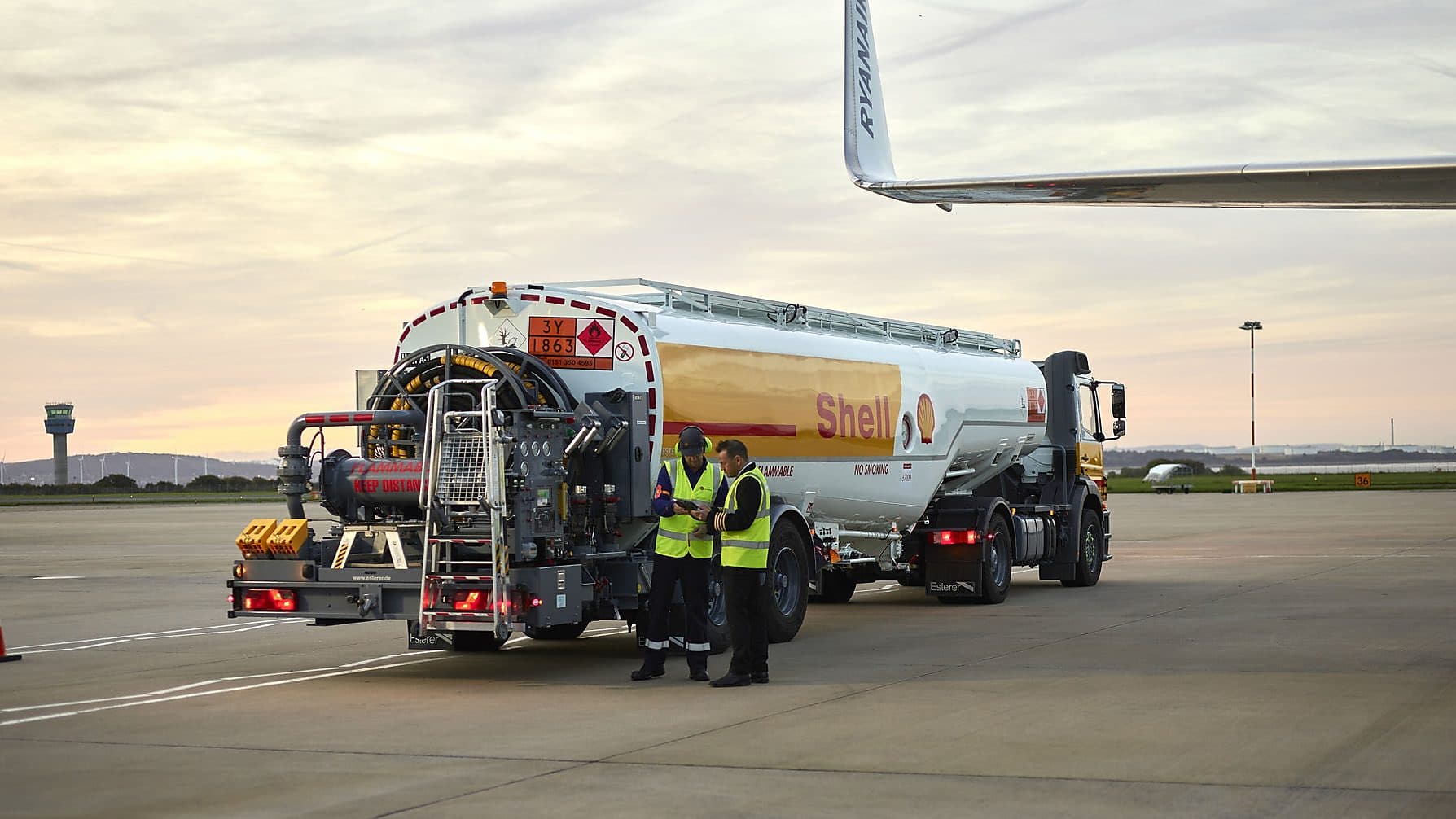 My guess would be that this is a bowser used for aircraft de-fueling.
Sometimes, very seldom though, aircraft need to be de-fueled to lower the weight for take-off. For example: if the aircraft is refueled for a flight to a destination and back (which is common for various reasons), but for some reason the payload for the first leg increases, the aircraft could be loaded over maximum take-off weight. In that case, a certain amount of fuel could be defueled to lower the weight.
The de-fueling would be done via the same fueling port as refueling, but a normal fuel truck wouldn't necessarily be used.
You can see the fuel hose from the cart connected to the scaffold. The fixed part of the hose in the scaffold is there to facilitate climbing up and attaching the hose to the fuel port under the wing.
Also, there are no other inlets or outlets in the wing near the fueling port.

That looks like the ground heating/cooling rig. It is a long flexible hose that connects to the plane (snf the other end connects to a heater or cooler. This way the plane does not have to run the engine or the APU at the gate.

Not the answer you're looking for? Browse other questions tagged ground-operations refueling or ask your own question.

5
I have a document referring to aircraft with maximum takeoff weight of 45000T. Is this an error?
16
What is pressure refuelling and how does it work?
26
What is this device they bring on board from the jet bridge when we park?
5
Could a GE90-115 engine generate enough suction to ingest a typical passenger vehicle?
19
What is this aircraft with pipes at the flight deck windows?
3
Is the cargo door on this airplane really malfunctioning?
19
Why are airplanes sometimes led by a vehicle?