What is the difference between a wing station and wing buttock line?

Can someone explain (with images) what the difference between a Wing Station and Wing Buttock Line is, in terms of aircraft structures location identification?

W. STA = A plane perpendicular to the wing set at 90 degrees to leading edge

This description has utterly confused me!

The wing buttlines are parallel to the airplane buttlines, which run down the length of the aircraft. Wing buttline zero is typically where the wing meets the fuselage.

This means that, unlike with other sections like the fuselage, the wing stations and buttlines are not perpendicular if the wing has sweep. 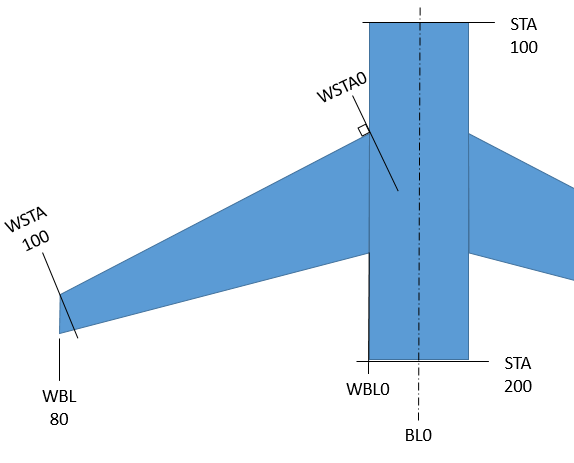 Rough illustration of the wing vs. fuselage BL and STA. Not to scale.

1
What is the correct definition of "spanwise" and "chordwise" with a swept wing?