How does the ground effect affects longitudinal stability?

I recently learned that the ground effect increases the effective AoA of the wing and thus increases lift, how does that translates in to the tail plane and it's stabilizing effects? does it reduce/increase stability?

It depends on general geometry of the aeroplane:

When a wing enters ground effect, its lift coefficient rises: the wing creates more lift at a given speed and Angle of Attack. A wing is considered to be in ground effect if it is within about half wingspan distance to the ground. Since the main wing has a much larger span than the horizontal tail, it enters ground effect earlier, creating a nose up moment due to more lift on the main wing only. Low wing aeroplanes have a more pronounced nose-up effect than high-wing aeroplanes do. 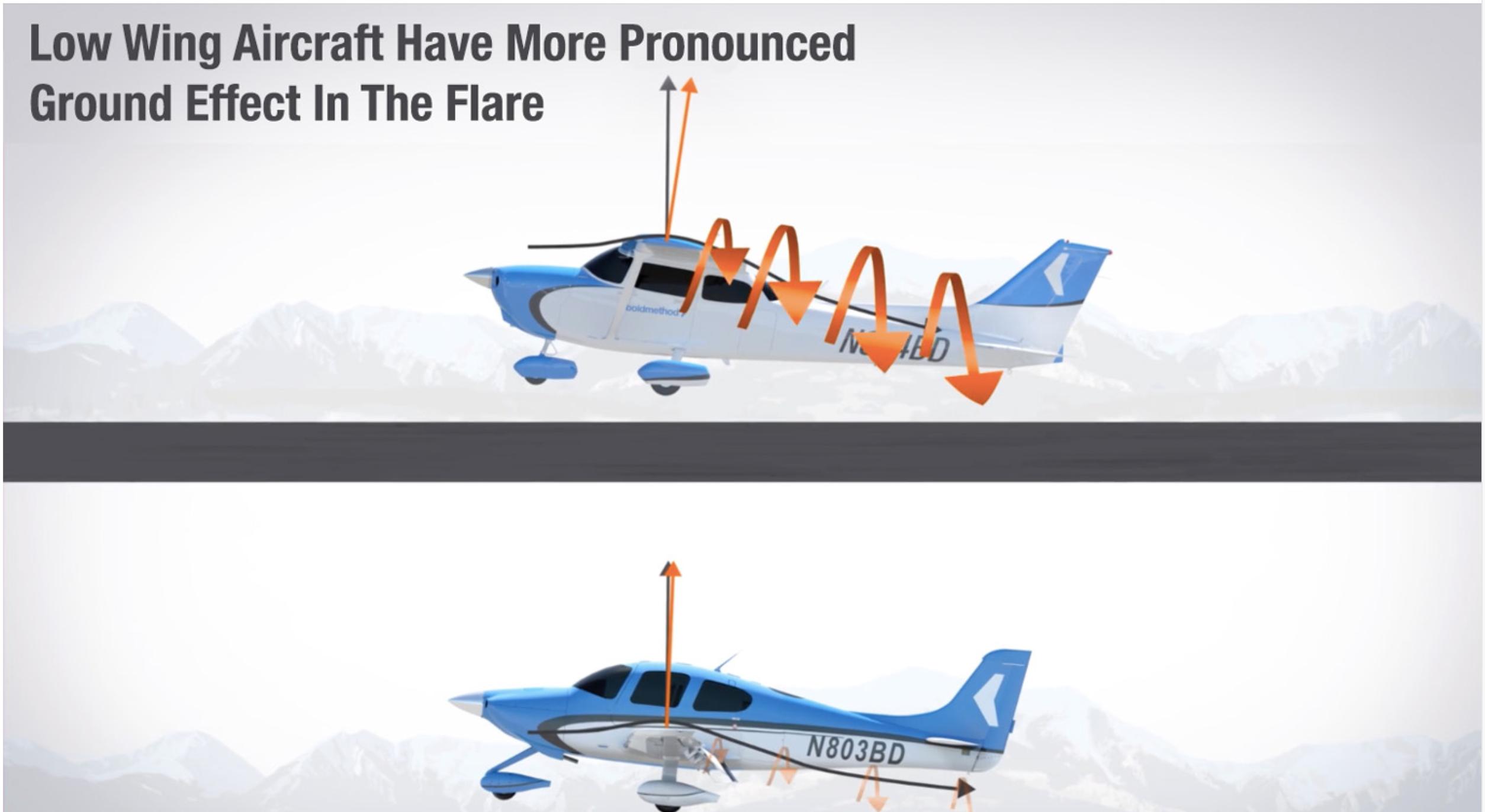 An increased nose up angle brings the horizontal tail closer to the ground, which will enter ground effect as well at a certain point. Which will the counter the nose-up moment.

A wing with large sweep, at landing angle of incidence, will see the wing tip area enter ground effect earlier, creating a nose down moment.

Concorde enters ground effect with the wing trailing edge first, creating a nose-down moment. In flight this would be called Increased Stability, however in the landing a nose down moment may introduce nose wheel slam.

Ground effect also affects the wing moment slope, but the effect is generally minor and does not follow a general trend.

Not the answer you're looking for? Browse other questions tagged aerodynamics stability ground-effect or ask your own question.

3
How to control torque effects on the ground?
31
Why the ground effect has such a different outcome for wings and cars?
5
How much effect does the ground have on flight control when flying low?
5
Can we borrow Formula One's ground effect for airplanes?
8
When leaving ground effect, why is there a nose-up change in moment?
1
How to calculate the location of C.G. A.C. & N.P. in static longitudinal stability?
10
Is this paragraph about the dihedral effect in the FAA's Glider Flying Handbook correct?
6
How does the line of thrust affect longitudinal stability?
5
Ground effect and Lift coefficient