How do insurers apportion responsibility when airliners collide on runways or taxiways?

Here's an ATC recording of Virgin and Egyptair aircraft clipping wings at JFK.

Generally, what happens next with regard to sorting out responsibility after a low-speed collision that results in damage to commercially-operated aircraft? (I'm talking about a return-to-gate type of collision where passengers are inconvenienced, rather than a serious evacuation-style incident.) There seems to me lots of factors, for instance:

In automobile accidents, its the insurers who would sit down and come to some agreement, but there's not really an equivalent of the airport in such circumstances. And the stakes are quite high - repairs and delays might be very costly to an airline.

I presume there's always some sort of regulatory investigation, but their prime concern I would think is to stop it happening again, which is not the same as agreeing responsibility and liability. The question is: how do insurers decide who ends up paying, for what is almost always a very expensive error? 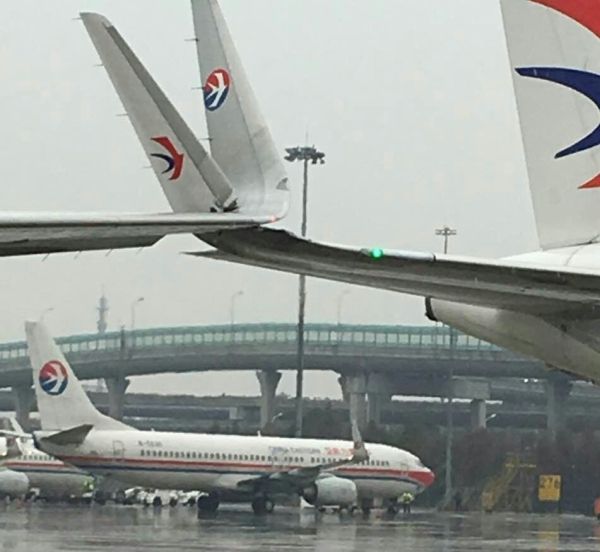 Demand to another party for settling damages only occur if the damages is unusually large and one party is mostly at fault. You have to consider the time and cost taken into legal proceedings as well.

Insurance compensation actually occur more frequently than you think. For example, at my airline, someone either forgot to apply the brakes on the food trolley or the brakes failed. Either way the trolley smashed into something during ground operations, resulting in damage to the trolley itself (I heard it was destroyed). Insurance paid us.

Regarding the specific incident about airplane collisions on taxiways, it is highly unusual. My guess would be it was handled as a "special case" in this instance.

You are correct that any investigations, if any, focus on preventing future occurrences rather than assigning blame. Settling damages is a civil matter; as such insurance companies rarely launch their own "investigations". Even if they do, it would just be a corporate and expensive version of two drivers using dash cams to argue who has to pay for the stretched bumper.

Not the answer you're looking for? Browse other questions tagged airline-operations accidents accident-investigation insurance or ask your own question.

12
How much water pressure can flight recorders withstand?
8
What happens when more than one agency investigates a plane crash?
12
Why don't black boxes send a signal when above water?
10
How did flight 2574 break up?
11
Why don't airliner winglets have consumer advertising on them?
8
What are typical insurance costs for airliners?
13
What are the lettered and numbered signs next to airport runways and taxiways?
10
How much responsibility does ATC have to alert a flight about being in a dangerous situation?
9
Do flight attendants have a regulatory responsibility to risk their own lives to save passengers?
3
How is an air accident's probable cause determined?