In the case of a runway with a magnetic heading of 10° in America the runway number ("1") isn't hugely distinguishable from the runway centreline IMHO, (for example see Washington Airport and San Francisco Airport).

Is there a reason why the USA doesn't add the leading zero like the EU (example Brussels Airport and RAF Waddington)?

Does the ICAO make any recommendations about this?

5.2.2.4 Zeros are not used to precede single-digit runway markings. An optional configuration of the numeral 1 is available to designate a runway 1 and to prevent confusion with the runway centerline.

Shall in ICAO legalese denotes a standard.

The aforementioned optional configuration for "1" covers your concern regarding the centerline: 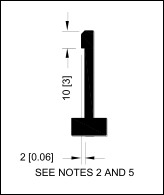 The numeral "1", when used alone, contains a horizontal stroke, as shown, to differentiate it from the runway centerline marking.

The rationale is not in the AIP; it's not always given. Deviations from SARPs are also very common, that's why there's an AIP section dedicated to them.

Not the answer you're looking for? Browse other questions tagged faa-regulations runways airport-markings icao-sarps or ask your own question.

5
Why do METARs report wind relative to true north rather than magnetic?
25
What is this runway marking on Kirkwall Airport's runway?
22
What are these symbols on the runway?
30
What are these large yellow circles painted across the runway?
10
What are those markings on runway 25L at Frankfurt Airport?
28
What is this white rectangle painted on runway 23 at KCRW?
0
Do runway markings vary from country to country?
2
Why aren't runway numbers painted in a higher aspect ratio?
13
Why isn't KTEX's runway designation 10/28 instead of 9/27?
11
Why would an airport use an L/R runway combination and a second number instead of L/C/R?