Why does the Eurofighter Typhoon pitch up on brake release?

In the video here of an airshow take-off, it's noticeable that when the brakes are released there's a brief but pronounced fluctuation in pitch as the aircraft accelerates.

This is something you see in very fast accelerating cars / dragsters, but I believe that is caused by the torque through the rear wheels, which is obviously not the cause here.

The same thing can be seen on an F-16 but much less pronounced.

Certainly for the Typhoon, the nose-wheel oleo doesn't seem to be particularly compressed as it's held under braking. I'd guess that you want to ensure that there's no chance even the slightest bit of any upward vector in the engine thrust while you sit on the tarmac, otherwise your brakes might not work, but that doesn't really explain the wobbling. 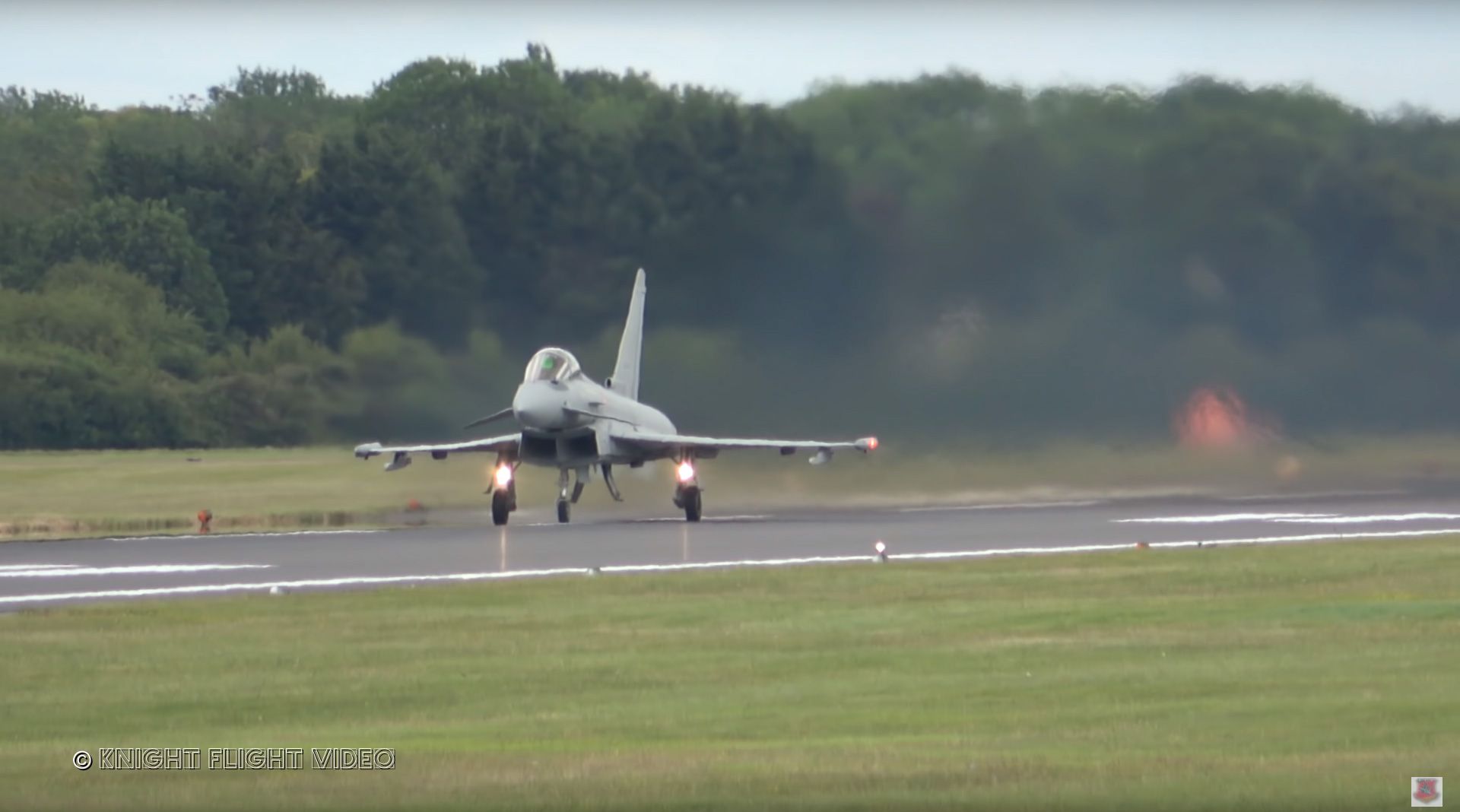 When the brakes are on, they apply a backwards force that counters the engine thrust. This force is applied at ground level, and the engine thrust is higher. These two forces result in a moment that forces the nose down, compressing the nose gear slightly.

When the brakes are released, the moment disappears and the nose gear extends.

Another factor here is that the Eurofighter (and F-16) has its air-intake under the fuselage, which forces the designer to put the nose gear behind the intake, closer to the main wheels than other aircraft. That means the nose gear has a shorter lever-arm to resist pitching. It's set up with the same spring rates and damping because it's primary job is to react to bumps in the ground, so it's more sensitive to pitching.

Look carefully and you can see the nose strut is compressed down to only a few inches of chrome as the thrust applies a torque moment, or nose down pitching moment, about the fixed axis of the main tire contact points with the runway. On brake release, the axis about which the torque is being applied, the rubber to runway interface, is also no longer fixed, so the pitching moment compressing the strut drops drastically, not to zero, because there is still rolling friction, but way less.

With some or most of the nose down moment relived, the strut rebounds and over extends at bit, but there is still a nose down moment present (of the thrust acting about the rubber/runway contact point, but that is now only inhibited by rolling friction) that re-compresses the strut part way.

So the pop up and down again is from the strut releasing its stored energy as the pivot axis is un-fixed, overshooting, and recompressing and stabilizing in reaction to the new reduced down force of thrust acting about a "rolling friction axis" you might say.

You have two major compressible elements on the landing gear: the "oleos". Movement is not possible anywhere else. You can imagine a line straight through them. The center of rotation will be somewhere between the oleos along that line, based on the ratio of spring resistance on each one.

You see the line of thrust is not down that line.

Since the line of thrust is off the center of rotation, the ship must tip forward (nose down).

If it were (i.e. the engine was podded and hung way down), then indeed thrust would be inline with the strut line. The struts would endure lots of side load, but they do that already; they would have no desire to compress or expand.

The brakes, wheels and tires aren't even players here, because they are immobile, pinned, shocked, tugged, rusted solid, or held. This is drawn as if those are missing and the airplane is plinthed below the oleo's (e.g. the VC-137 at the Reagan museum). It would still do this.

If the ship is suddenly un-plinthed and able to slide or roll free, then everything changes. The thrust contributing to nose-down instead creates forward force. The oleos, now not resisting thrust (or barely), spring back to a more neutral position.

I think both answers here are correct, but I want to attempt a simple explanation.

Take the image below. Think of the stationary jet as a lever, with the rear wheels as the fulcrum. When the engines are throttled up, it causes the lever (the body of the jet) to rotate about the fulcrum. This pivoting is what compresses the front gear.

This is almost identical to why a car's front will pitch down when you brake. 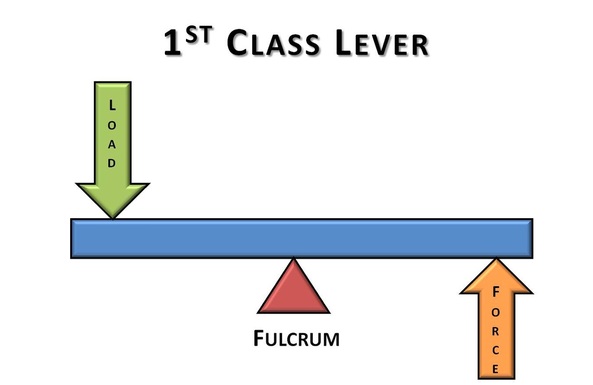 Not the answer you're looking for? Browse other questions tagged takeoff braking pitch eurofighter-typhoon or ask your own question.