Why does the A330 sit nose-down on the ground?

The passenger versions of the A330 have a small but noticeable nose-down angle when sitting on the ground: 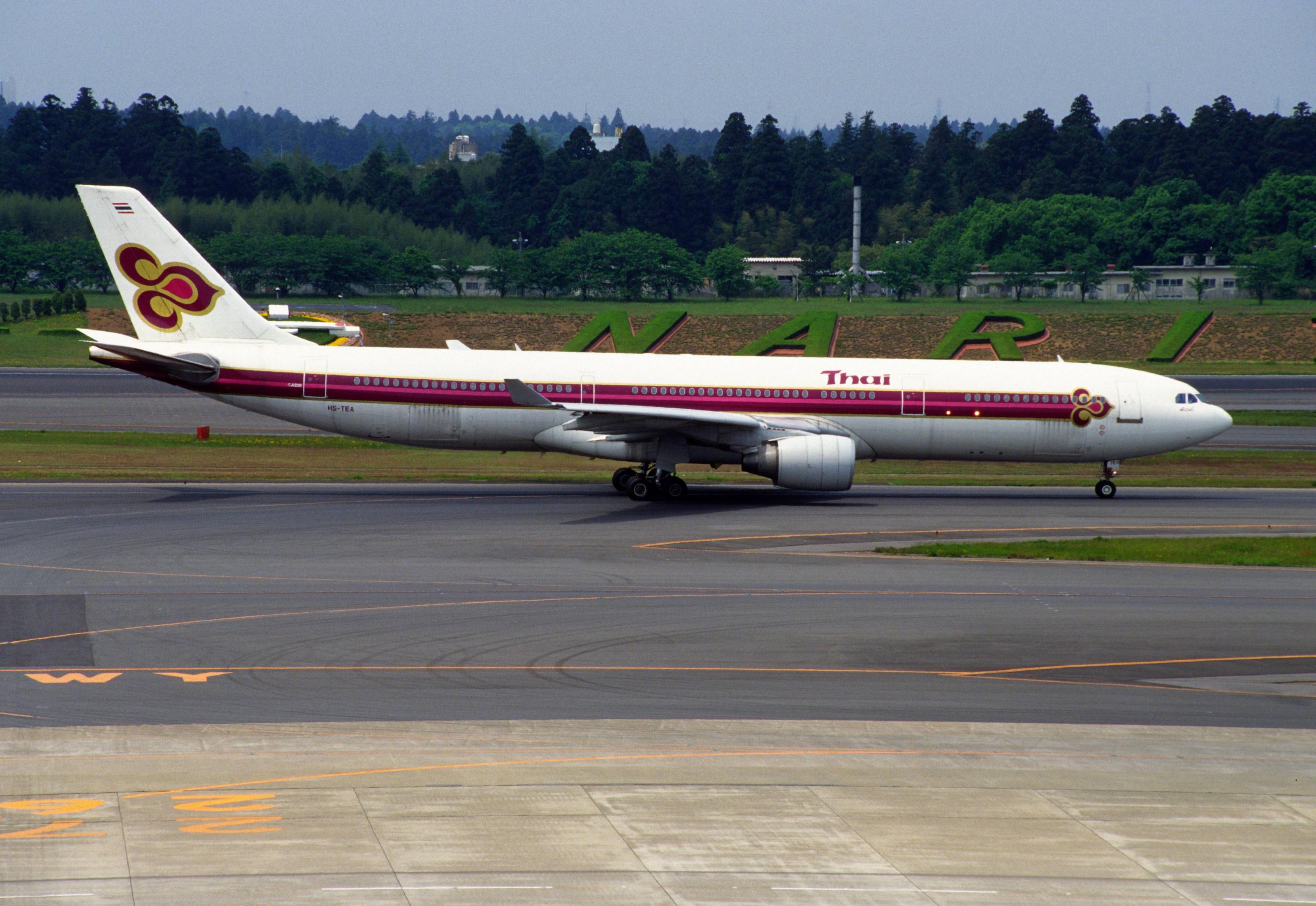 (Image by contri at Flickr, via russavia at Wikimedia Commons.)

In contrast, A330s built as freighters have a noticeable bump under the nose,1 which allows the nose gear to be mounted low enough down that it reaches the ground with the aircraft sitting level: 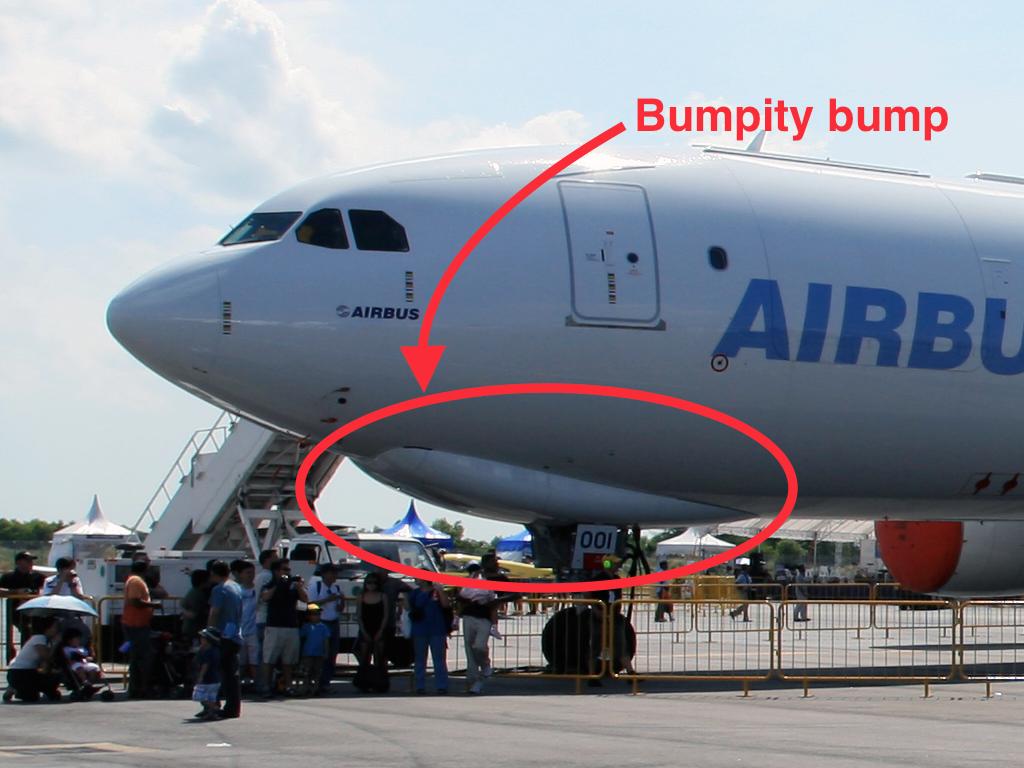 (Image originally by Ceecookie at Wikipedia, via Leptictidium at Wikimedia Commons; cropped and modified by me.)

I can think of some disadvantages of having a nose-down body angle on the ground:

Indeed, the vast majority of large airliners sit level on the ground, rather than nose-down, so why is the A330 different in this regard?

1: Freighter A330s converted from passenger aircraft have no such bump, as the aircraft's cargo-loading system is fully capable of dealing with the slight slope.

For one reason or another, the main gear was made longer that originally planned and it was decided to avoid the cost and weight also extending the nose gear to match. The nose down angle while rolling along the ground is no big deal one way or the other, except for looking bad and disconcerting passengers who wonder why the plane is tilted forward.

Lots of airplanes are like that, sometimes because of changes made during development, but more typically after fuselage stretches where the main gear had to be made longer to keep the extended tail off the ground during rotation (the flying pencil CRJ1000, which I used to be type rated on, feels like a backwards taildragger in that regard). Obviously, the freighter needs a level cabin floor for loading, hence the nose gear band-aid; for the passenger versions, it's not really necessary and the blister and extra structure to do all that is just ballast and drag, serving no useful purpose.

Not the answer you're looking for? Browse other questions tagged aircraft-design landing-gear airbus-a330 or ask your own question.

7
How was the 'bump' removed from the Airbus P2F?

2
What is the angle between A330 body and the ground?
11
What is this item on the nosewheel of the Sukhoi PAK-FA?
4
Why does Airbus suppress stall warnings in certain situations?
5
What defines a landing gear bogie?
7
How was the 'bump' removed from the Airbus P2F?
9
Why is the Constellation's nose gear so long?
8
Why does the MCAS use the horizontal stabiliser rather than the elevators?
0
Why does an ADIRU 1 failure disable all functions of the A330/340’s GPWS - even those not requiring ADIRU data?
3
How is the debris deflector on the DC-9-80 ("MD-80")'s nose gear kept from striking the ground during landing?
19
Why do the 747's wing gear tilt while airborne, but not its body gear?