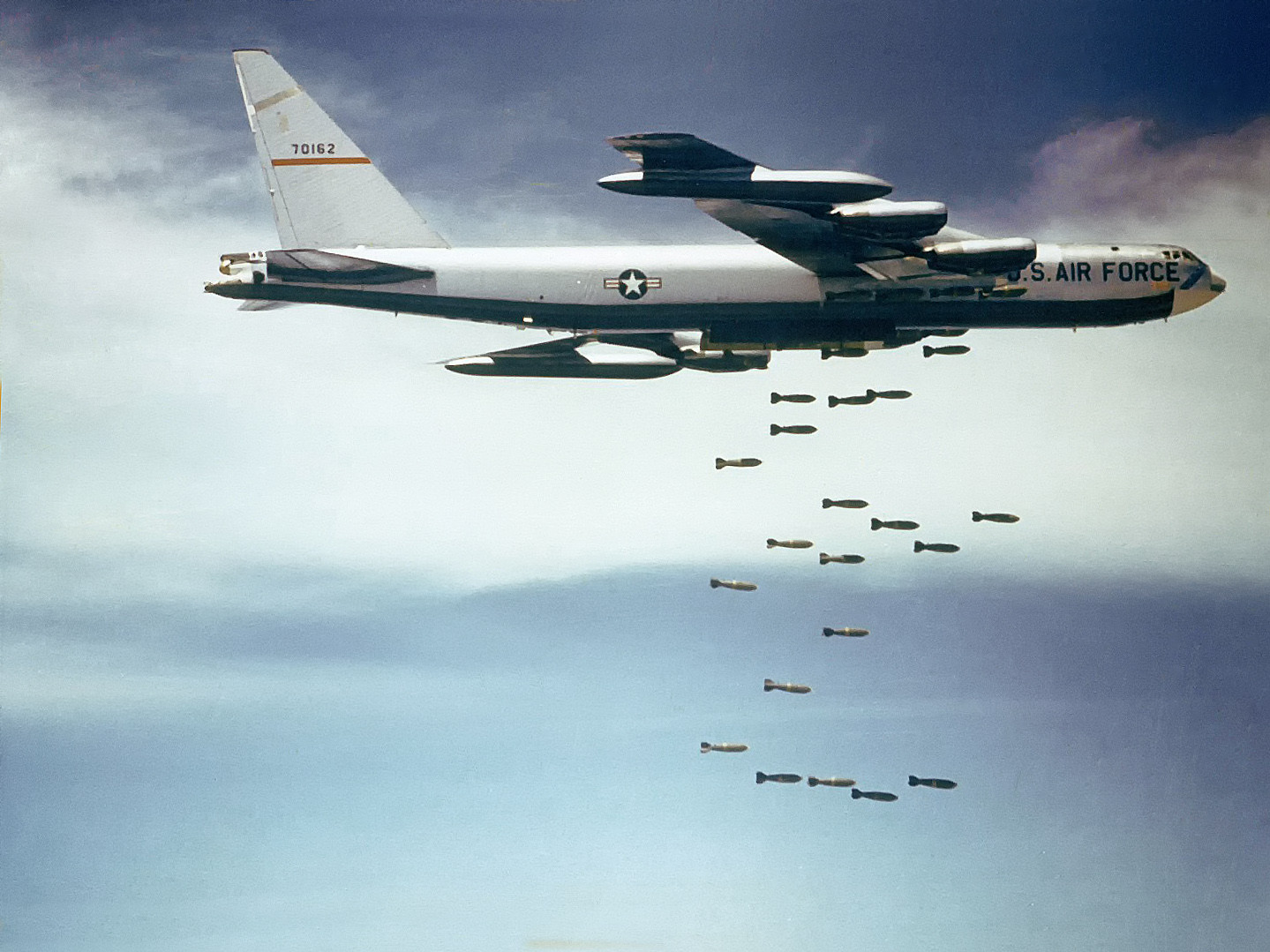 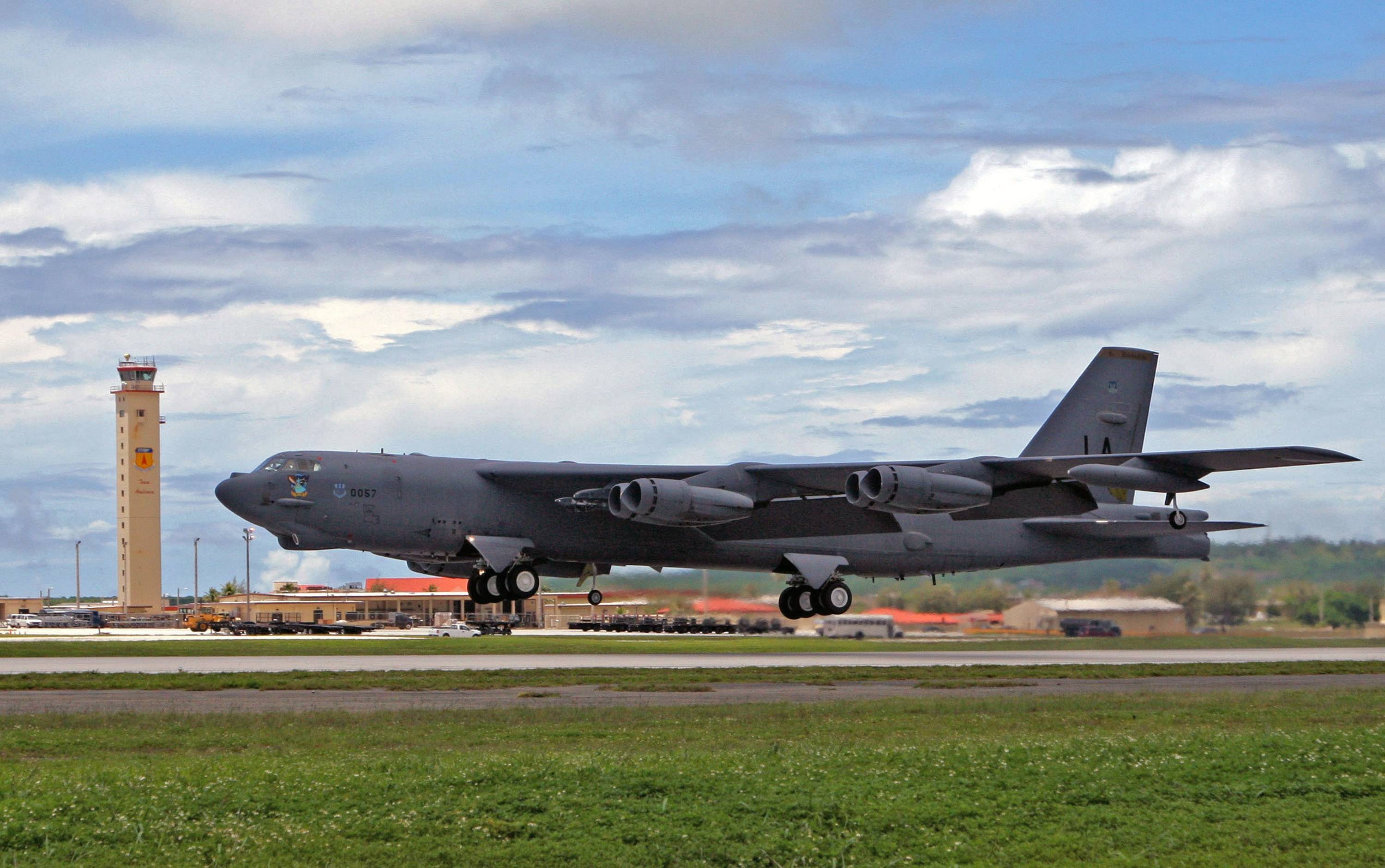 (Image by the United States Air Force, via Trevor MacInnis at WIkipedia, via Rcbutcher at Wikimedia Commons.)

Why did they chop off the tip of the vertical tail, thereby decreasing the aircraft's directional stability and rudder authority?

aircraft-design vertical-stabilizer b-52
Share
Improve this question
edited Jun 17 '20 at 8:28

The fin was shortened to lessen the structural loads (torsion and bending) when flying low (thicker atmosphere). That and using a spoilers-only roll control presented issues:

To reduce aerodynamic loads on the rear fuselage in low-level flight there was a 91-inch reduction in the height of the vertical stabilizer. This stubbier fin had been tested on the first B-52A. In practice, the short fin combined with spoilers-only lateral control induced a tendency to Dutch-roll and low level handling was more sensitive than on earlier B-52s.

Related: Did the "feeler" ailerons of the B-52A-F make air-to-air refueling easier than with the B-52G/H?

The structural reason is also mentioned in an AeroTime article:

The shorter vertical fin was intended to prevent the aircraft crashes caused by the original tall fin failing in turbulent air.

On Wikipedia's B-52 article, there are at least two such accidents:

While those accidents were on older models, they took place after the change. That does not mean the structural integrity was not apparent from regular maintenance or from manufacturer data. The list is also not exhaustive, there could very well have been minor failures that did not make that list of "notable accidents".

In the design of the B-52G, considerable attention was paid to reducing the structural weight. Different materials were used in the construction of the airframe, and the wing structure was extensively redesigned. The most visible difference was a vertical tail which was reduced in size. The height was reduced from 48 feet 3 inches to 40 feet 7 inches, and the chord (width) was increased. The new tail was tested on the first B-52A (52-001) and perhaps also on either the XB-52 or YB-52 before being adopted as standard for the B-52G.

Not the answer you're looking for? Browse other questions tagged aircraft-design vertical-stabilizer b-52 or ask your own question.

1
Did the “feeler” ailerons of the B-52A-F make air-to-air refueling easier than with the B-52G/H?

7
Why is the DC10/MD11/TriStar vertical stabilizer noticeably smaller than other contemporary aircraft?
2
Are the panels in this vertical stabilizer part of the flight controls?
6
Why are Vertical tails generally tapered?
7
Why are the B-47’s inboard and outboard engines mounted so differently?
7
What is the aerodynamic reason that the An-225's vertical stabilizers are not simply vertical?
8
Why does the A330 sit nose-down on the ground?
2
How do I choose the vertical tail's airfoil?
0
For a coaxial rotorcraft, Do horizontal and vertical stabilizers in the tail really make much of a difference?