Are there advantages to slotted wingtips?

Are there advantages to the way some birds' wingtips end in separate feathers instead of a more solid shape?

As an example, separate-feathered wingtips: 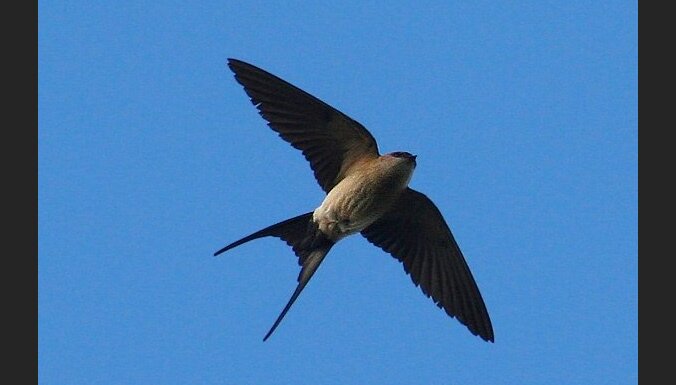 A bird’s wingtip feathers must twist in one direction during the upstroke of the wings and in the other direction during the downstroke to keep the local wind striking the wing at an appropriate angle to generate lift and thrust... The turning could be done at the base, with a completely inflexible feather; the aerodynamics are improved and material saved if the local flow forces twist the feather by just the right amount.

The minimum drag of a Harris' hawk gliding freely in a wind tunnel was measured before and after removing the slots by clipping the tip feathers. ... the feathers that form the slotted tips reduce induced drag by acting as winglets that make the wings non-planar and spread vorticity both horizontally and vertically.

They are effective while flapping, not just while gliding.

We used particle image velocimetry to measure the airflow around the slotted wing tip of a jackdaw (Corvus monedula) as well as in its wake during unrestrained flight in a wind tunnel. The separated primary feathers produce individual wakes, confirming a multi-slotted function, in both gliding and flapping flight.

They function like an array of winglets. Each feather is aligned to optimize its angle of attack in the local flow, which is circulating from the bottom to the top around the tip, to extract energy from the circulating flow, weakening the circulation (by redirecting it the other way - a wing deflects air to make lift) and providing a beneficial lift/thrust component ("thrust" to the extent that the airfoil is angled nose down to achieve an optimal AOA, and lift being 90 deg to AOA).

The result is a wing with very low aspect ratio that regains a bit of the efficiency lost with a low aspect ratio wing, where the benefits of low aspect ratio are important for the bird (maneuverability and ability to fight). I'm sure that these benefits are magnified at the very low Reynolds Numbers that bird wings operate at (to the bird, the air is way more viscous than to the airliner, and to the bee, the air is like motor oil).

Birds with wingtips like this tend to be thermal soarers, so they probably help the bird detect air currents. When circling in a thermal, you need to know where the air is rising most strongly so you can avoid flying out of the lift. Glider pilots feel one wing rising or falling, but a bird with delicate feathers could feel the differences between the actual airflow at each tip and respond faster.

The swift in your second photo is not a soarer. It requires agility to catch insects mid-air.

Some birds (like an Albatross) are extremely efficient gliders with a solid wing tip. They glide on much faster moving air that must be easier to feel, so they're shaped for efficiency rather than sensing.

Not the answer you're looking for? Browse other questions tagged wing-tip-vortex birds or ask your own question.

16
What is the best strategy for landing when a flock of birds is on the runway?
19
What are the ways to keep the birds away from airfields?
3
Has anybody done gliding experiments with exact replicas of the birds or other real world flying creatures?
10
How do Hoerner Wingtips work?
6
Do wingtip vortices really only form when airplane wheels are separated from the ground?
0
In what conditions are visible Wingtip vortices created?
1
How do balloon pilots avoid birdstrikes?
3
How can one change the wingtip geometry to enhance the wingtip vortices?