Will you be able to hear a supersonic aircraft flying away from you?

I'm wondering if you could be able to hear the sound emitted by an aircraft say traveling at Mach 2 away from you.

I wondered if it might shift the emitted frequencies beyond the audible range. Would you be able to hear it?

Yes, actually you can only hear a supersonic aircraft after it has passed over you and is now flying away from you since it is moving faster than the sound moving towards you. The sound waves will still propagate in all directions and will eventually reach you:

The frequency will be shifted according to the Doppler formula:

The audible range for a typical human is about 20Hz to 20kHz. So you would still be able to hear any $f_0$ greater than about 60Hz after the Doppler shift. The following image shows the frequencies emitted by a Boeing 747 as measured from the ground: 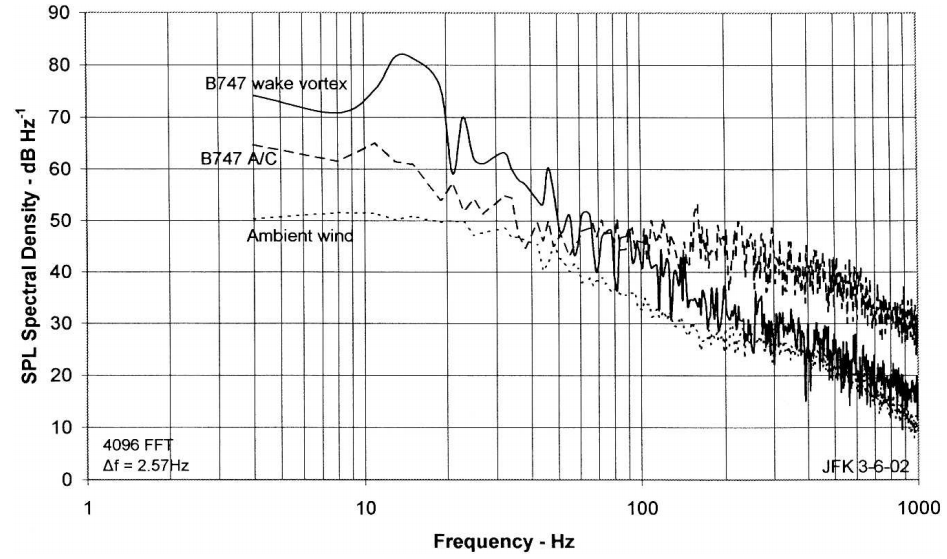 (W.L. Rubin, The Generation and Detection of Sound Emitted by Aircraft Wake Vortices in Ground Effect)

There are a lot of contributions from the aircraft above 60Hz, which should make it clearly audible. Of course an aircraft flying at Mach 2 will be different than a 747, but the general spectrum should not change too much. 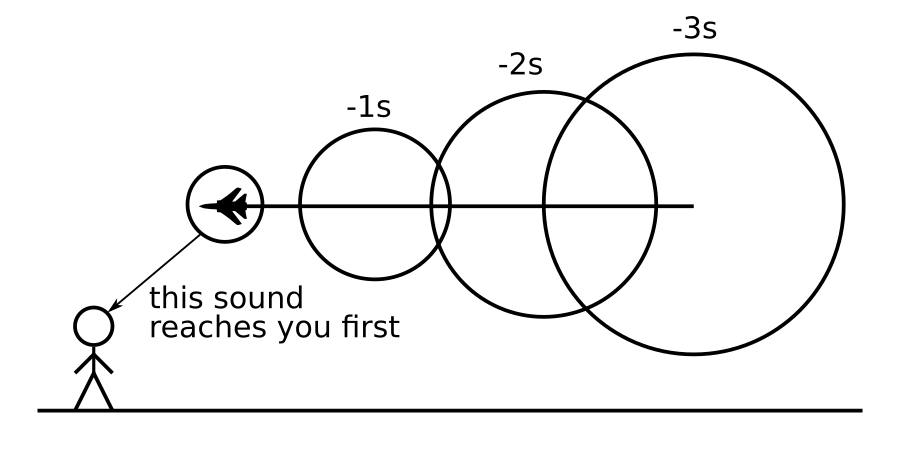 Not the answer you're looking for? Browse other questions tagged supersonic noise sonic-boom or ask your own question.