Why did this delta wing generate a lower Cl at a higher wind tunnel velocity?

I'm an aerospace engineering student,and just did an aerodynamics lab in which we measured the lift & drag of a delta airfoil inside a wind tunnel 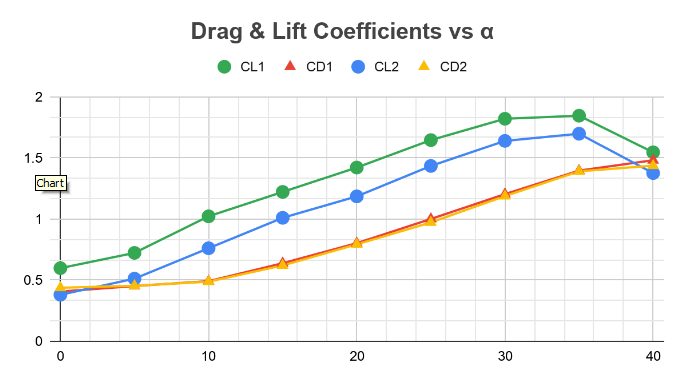 between 0 and 40 degrees, in 5 degree increments, at two flow velocities (subsonic, M< 0.5). For some reason, the lift co-efficient is .25 lower throughout the entire curve in the higher velocity run compared to the lower velocity run, despite the drag co-efficient s being identical until the stall region (which begins at 30 degrees and completely separates at 35). Why is this? Considering the nature of the lab, this seems what I should be discovering. I have a theory that it has something to do with stronger vortices generated by faster flows, but wouldn't that INCREASE lift by dropping the pressure on top of the wing further?

In addition, another oddity: the L vs D curve increases SHARPLY between 0 and 10 degrees for both flows, but then the slope decreases after that and stays steady until the stall region. Why is that, and is that specific to delta wings?

The increase in the lift curve slope at low angle of attack is quite normal. At 10° you see the effect of vortex lift kicking in. Yes, that is specific to delta wings. 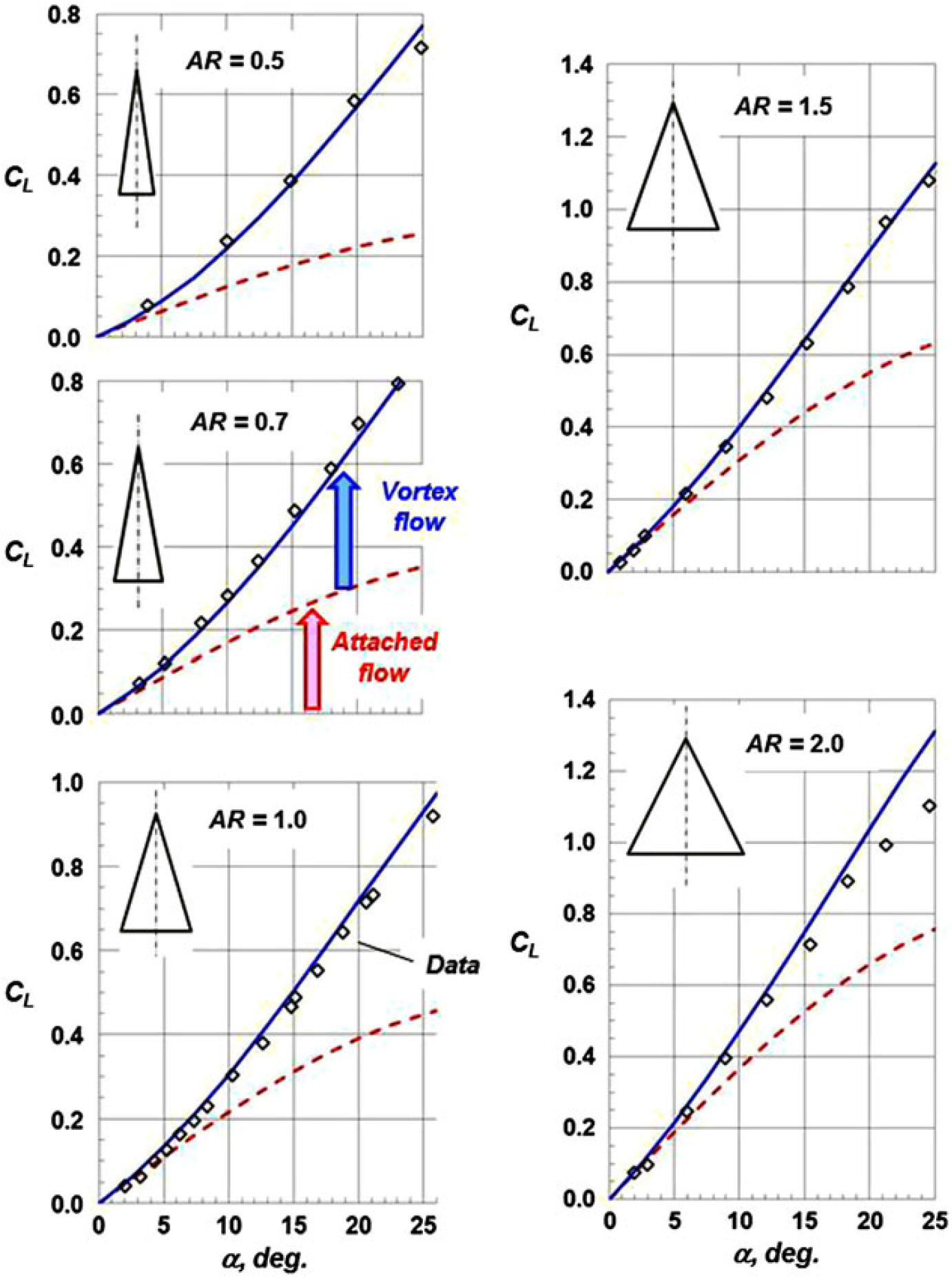 The offset between the two speeds is harder to explain. This looks like an error in your angle measurement – there must have been different offsets between the two test runs. That there is an offset is obvious from the nonzero lift at zero angle of attack. Unless your delta wing had lots of camber, there should not be much lift at zero angle of attack.

29
What is vortex lift?
10
Why are vortices produced at wingtips a source of drag, while vortices from the leading edge (harnessed by delta wings) good?

15
How would an Inverted Delta Wing planform behave, Straight part forward? Are there wings shaped this way?
15
Why do low wing aircraft have higher dihedral than high wing aircraft?
1
Why do we see a reduction in temperature in a wind tunnel by increasing the velocity, but in a real flight it's the opposite?
0
Where should the support points be for testing a model wing in a wind tunnel?
4
On a constant speed propeller, how is blade pitch related to airspeed and efficiency?
1
Why are there so few carrier capable delta wing aircraft?
2
Why does the NASA X-57 need a "gust control system"?
3
Why does a mid-wing aircraft have lower drag?
19
Why does my wind tunnel experiment give two different stall angles of attack?
1
Why don't we simulate similarity parameters simultaneously in the same wind tunnel?