How to compute drag coefficient for falling book? [closed]

I want to understand how quickly it would fall if dropped straight down from 10km altitude. I've used a value for drag coefficient for a flat plate perpendicular to the air flow that I got from NASA (1.28) but I'm guessing that a falling book would spin round, slowing its fall, so this value is probably not right - is this likely?

So I'm wondering if it's possible to estimate the drag coefficient to any degree of accuracy. I don't have access to a wind tunnel and I'd rather not drop it off a tower as an experiment. :)

You have a very thin book. The answer depends on how you initially drop the book.

1. If you drop it flat about its front

It will very closely approximate a flat plate; in this case, the pressure drag will overwhelm the skin friction drag. Hoerner, Fluid Dynamic Drag has some empirical data on the drag coefficient of a bluff body (near 2.0): 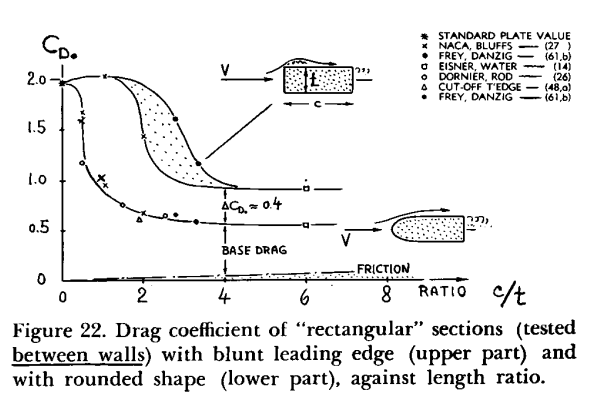 To retrieve the 3D coefficient, dimensionalize it with the frontal area.

2. If you drop it broadside

The skin friction drag would dominate. You can approximate it via the flat plate friction drag. For a single side, the drag coefficient looks like (from Anderson, Fundamentals of Aerodynamics): 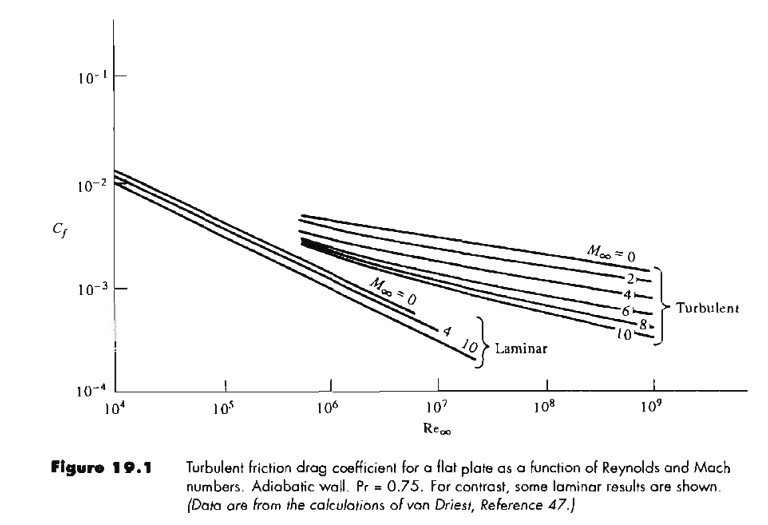 Your book may also tumble at some point due to random perturbation about its major principal axis. This changes the drag even further; but once again, Horner has some empirical correction formula.

The book's pages won't flap open, but it will bend unpredictably, because its density is so close to that of paper (vs. hardboard) that it must be a paperback. So you can't assume that it's a flat plate. Even if you fling it like a frisbee so centrifugal force holds it flat like LightSail 2, during a 10 km drop, air friction will overcome that and let it tumble chaotically.

I know of no drag measurements for variously curved thin plates at arbitrary angles of attack. You might need to drop half-ounce paperbacks late at night in a tall building lobby to estimate lower and upper bounds for CD.