What Is a “Fully Stalled” takeoff?

Reading this article (on the Boeing 737 MAX saga; irrelevant), I found the following excerpt:

Boeing ultimately accepted Davies recommendation and, we understand, halted production of the 707 for 10-11 months, whilst a new fin was designed and installed. All existing 707s were then retrospectively modified. A ventral fin was also installed on some variants to prevent ‘fully stalled take-offs’ which the Comet was also susceptible to.

I tried to search, but I found nothing on "fully stalled take-offs", whether about the Comet or any other aircraft.

So, what is a "fully-stalled take-off"? Are some aerodynamic designs (or aircraft models) more susceptible to it?

A "fully-stalled take-off" is an attempted takeoff where the elevator has too much authority. This can cause the aircraft to rotate to an excessive nose up attitude, which can exceed the stall angle of attack, before takeoff speed is attained.

Ventral fins were added to some B707s to improve lateral stability, and prevent over-rotation. Over rotation which could lead to a "full stall at takeoff".

The British Air Registration Board refused to give the aircraft a certificate of airworthiness, citing insufficient lateral control, excessive rudder forces, and the ability to over-rotate on takeoff, stalling the wing on the ground (a fault of the de Havilland Comet 1). Boeing responded by adding 40 inches to the vertical stabilizer, applying full instead of partial rudder boost, and fitting an underfin to prevent over-rotation. 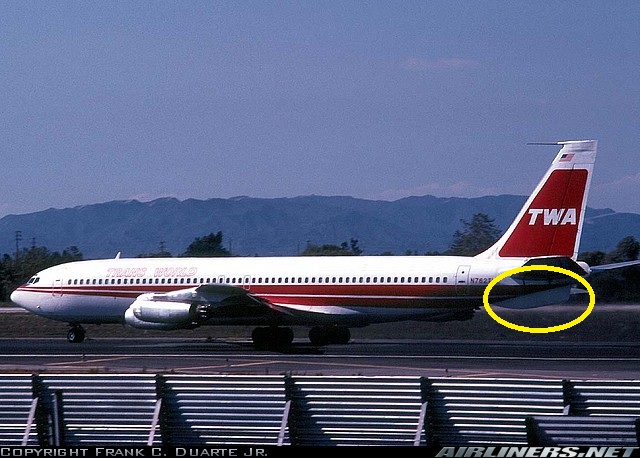 Not the answer you're looking for? Browse other questions tagged aerodynamics takeoff stall or ask your own question.