What are these blades on the engine cowling of a Wittman Tailwind?

The Florida Air Museum in Lakeland has a Wittman W-8 Tailwind with four wooden, propeller-like blades on the engine cowling: 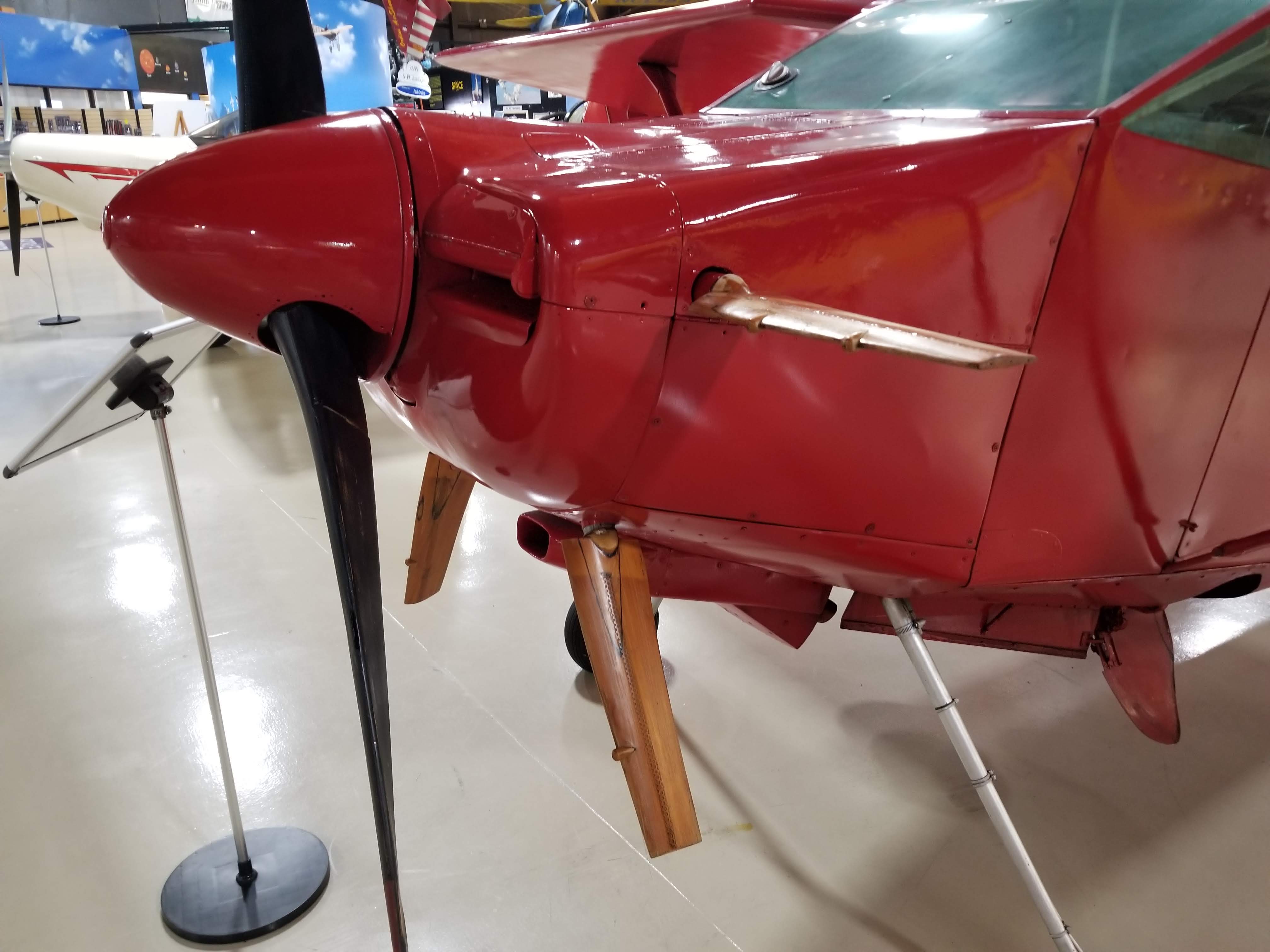 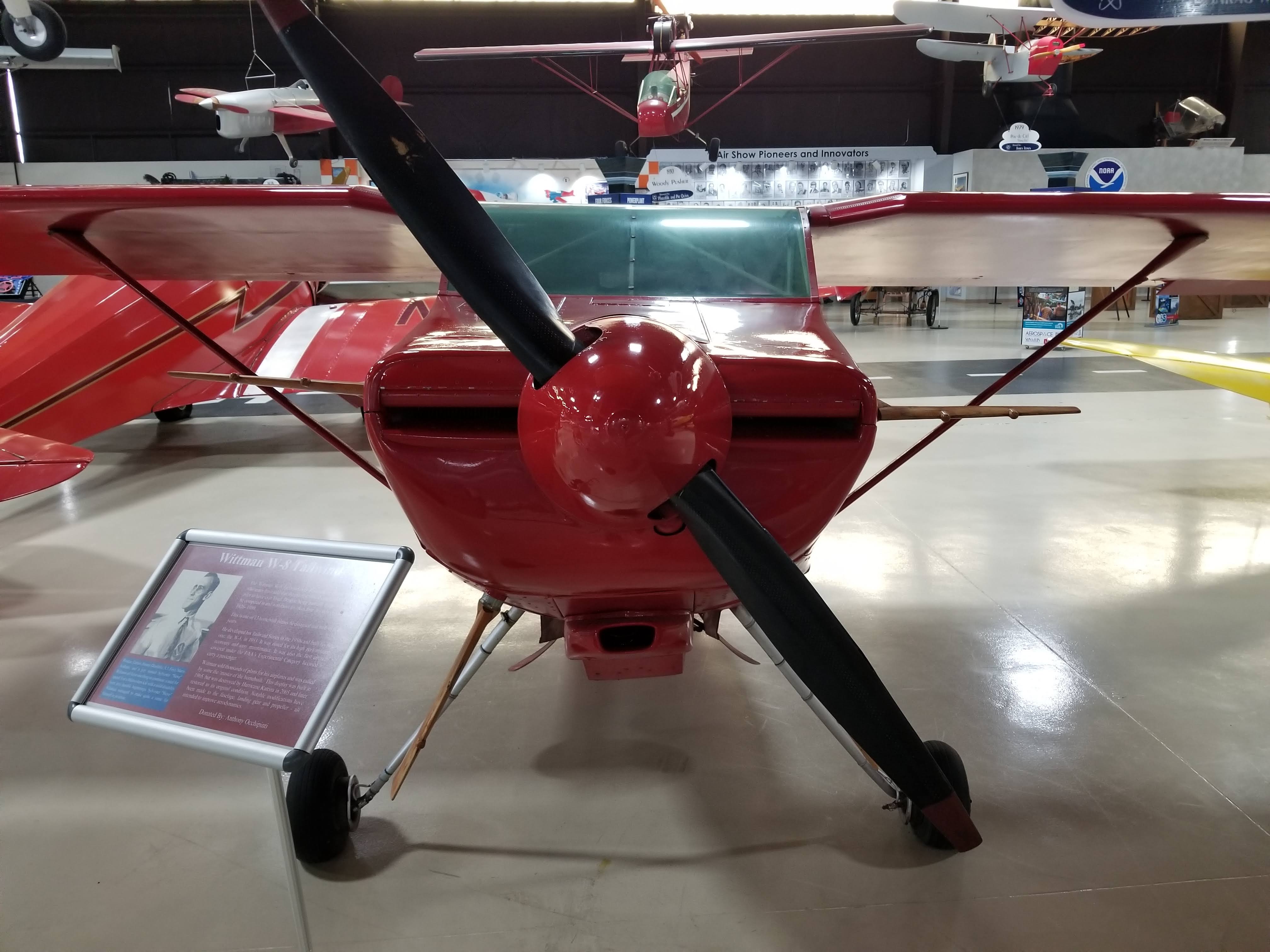 What are the blades for? It's an experimental aircraft so it's possible that they're unique to this specific airframe.

After calling the Florida Air Museum, I have discovered that this seems to be a local mystery to the employees at the facility, as well. The museum’s director assumed that they “were an attempt to counteract P-factor or torque. Something to do with balancing required power.”

Since this was little help, I did some more digging and decided that the “blades” on this Wittman seemed to function as adjustable strakes - albeit located far from any control surface and of dubious utility.

Finally, I discovered that there have been numerous experiments performed with ‘Actuated Forebody Strakes’ aimed at controlling forebody vortices as a means of complementing thrust vectoring. Additionally, a NASA study found that a large increase in yawing moment may be brought about through the manipulation of actuated forebody strakes.

In every case that I could find, the tests were concerned with fighter jet aircraft operating at high angles of attack, but it is conceivable that the owner of this Wittman W-8 was attempting to implement some of the same advantages here.

Here are the abstracts to the vortex thrust vectoring and NASA yawing moment studies:

The desirability to enhance the controllability of fighter aircraft at high angles of attack, particularly yaw control, has fostered an interest in both vectored thrust and active control of forebody vortices... The methods investigated include pneumatic or blowing techniques using surface mounted jets and slots, surface suction, variable-height deployable strakes, and rotatable-tip strakes. Flow visualization, and force and moment measurements have shown that all of the methods are effective at manipulating the forebody vortices over a wide range of angles-of-attack and sideslip, primarily through control over flow separation on the surface of the forebody. All are most effective when applied near the forebody tip.

Not the answer you're looking for? Browse other questions tagged feature-identification control-surfaces wittman-tailwind or ask your own question.