Is a chambered fan more efficient than a ducted fan?

A chambered fan is not exposed to the oncoming airflow in forward flight. I am working on a VTOL design that uses a chambered fan.

There will be a wing attached to top of the thrust arms. 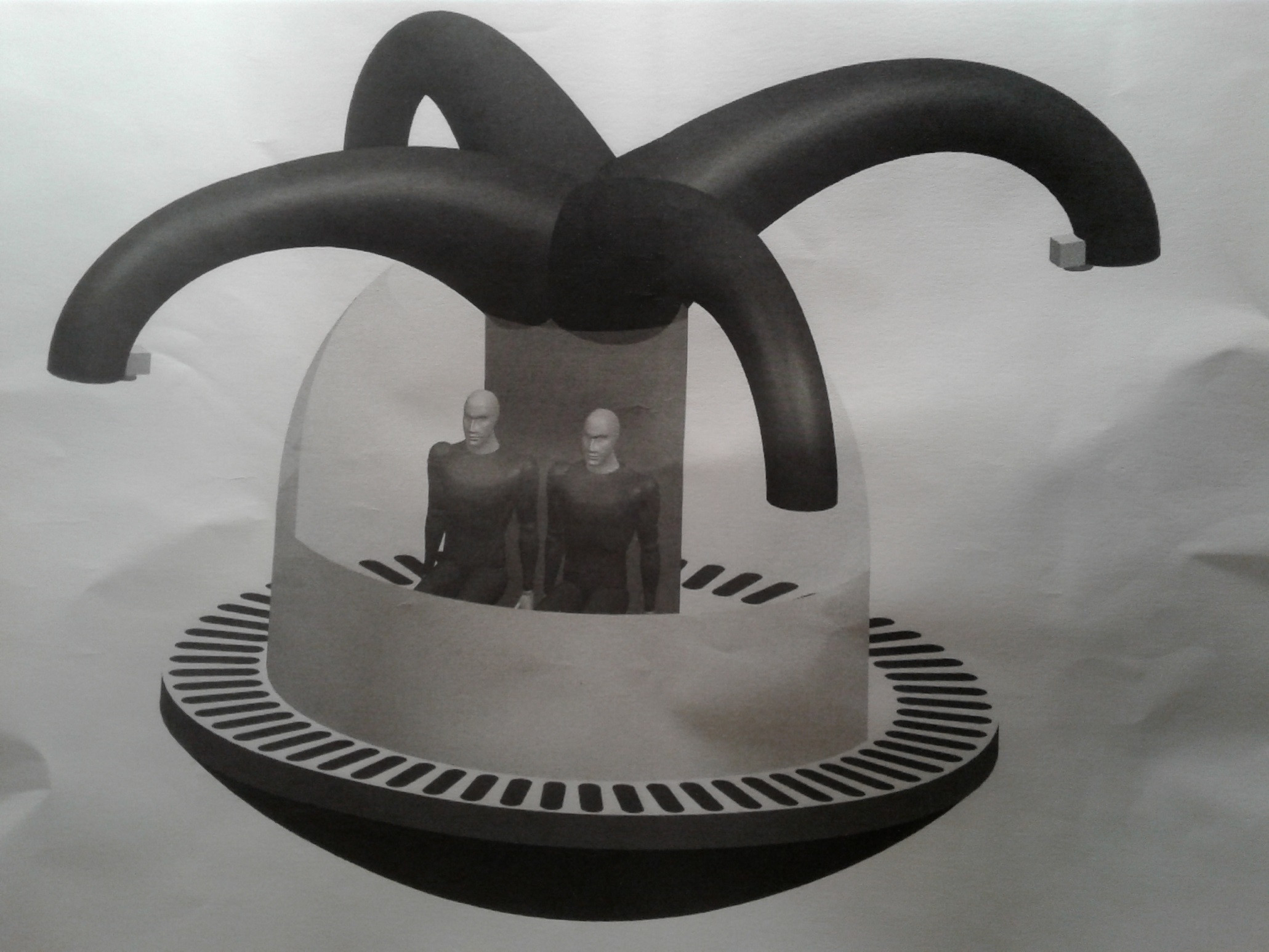 The design is not very efficient:

In aviation there is no generally accepted meaning for the term "chambered fan," so there is no way to claim in general that a chambered fan is or is not more efficient than the corresponding ducted fan.

In fluid dynamics, straight pipes are more efficient than bent ones, so the 180 degree bends in the four exhaust pipes (and between the intake grill and the fan) are less efficient than the corresponding ducted fan design, whose intake is at the top and exhaust is at the bottom.

If this chambered fan is shielded from the airflow induced by horizontal flight, then it cannot exploit translational lift, so it would be less efficient below about 50 knots. But for horizontal flight the aircraft must tilt in that direction, pushing that airflow into the circular grill intake.

Some of the thrust leaving the four pipes would be entrained into the grill intake just below, causing at best some inefficiency, and at worst a partial vortex ring state.

The simplest way to compare the thrust and efficiency of this design to the corresponding ducted fan design blowing directly downwards would be to build a small model and measure it. Radio-control model suppliers sell cheap "EDF" electric ducted fans, and the ductwork could be 3D printed.

Not the answer you're looking for? Browse other questions tagged aircraft-design propulsion vtol or ask your own question.

22
Would an aircraft with contra-rotating propellers longer than the plane's wingspan be able to fly?
12
Are ducted fans more efficient?
8
Is there anything wrong with this more symmetric aircraft design, and why isn't it used?
90
Are wings any more efficient at creating lift, versus orienting the engine's thrust downwards?
3
What do I need to know to design contra rotating propellers for a powered paraglider?
3
What are the relative efficiencies of the various stages of a counter rotating propeller?
2
How to calculate position of a canard?
2
What are the disadvantages of a Tail providing lift? (tandem-wings included)