Which engines do airliners start first?

I noticed many planes, especially Boeings (correct me if I'm wrong anywhere), start engine "2" first and shut down engine "2" last.

However, I was watching an Airbus A350 cockpit video when I realised the A350 starts engine 1 first and shuts down engine 1 first. Hence, I have 2 questions:

For some general reasons, see Why is engine No.2 started first, instead of No.1?

Specifically to the Airbus A350, I could not find any reason why one engine must be started first. As far as I know every modern airliner could start engines in arbitrary order.

The A350 hydraulic system has two independent hydraulic circuits:

Each system can be pressurized with an engine driven pump from either engine, or electrically on the ground:

One EMP per hydraulic system can provide hydraulic pressure on ground only, when all engines are shut down. For example, the EMP of the YELLOW circuit operates automatically for cargo door actuation.

The main wheel brakes are powered by both hydraulic systems: 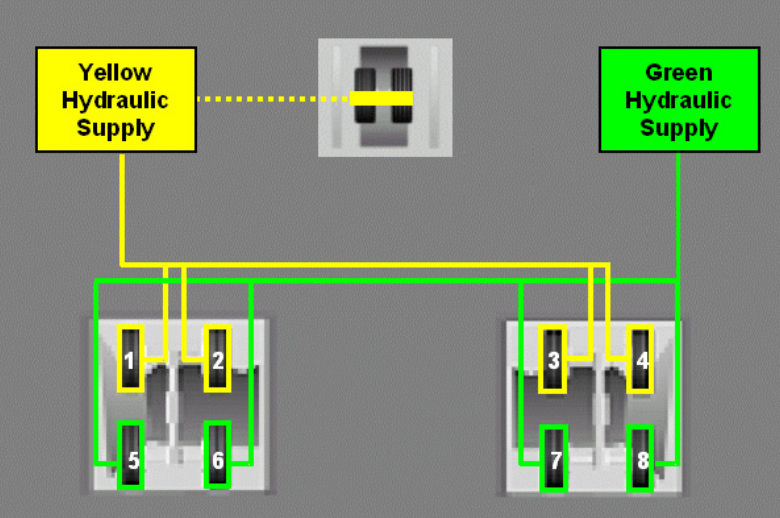 And also the parking brake uses pressure from both accumulators: 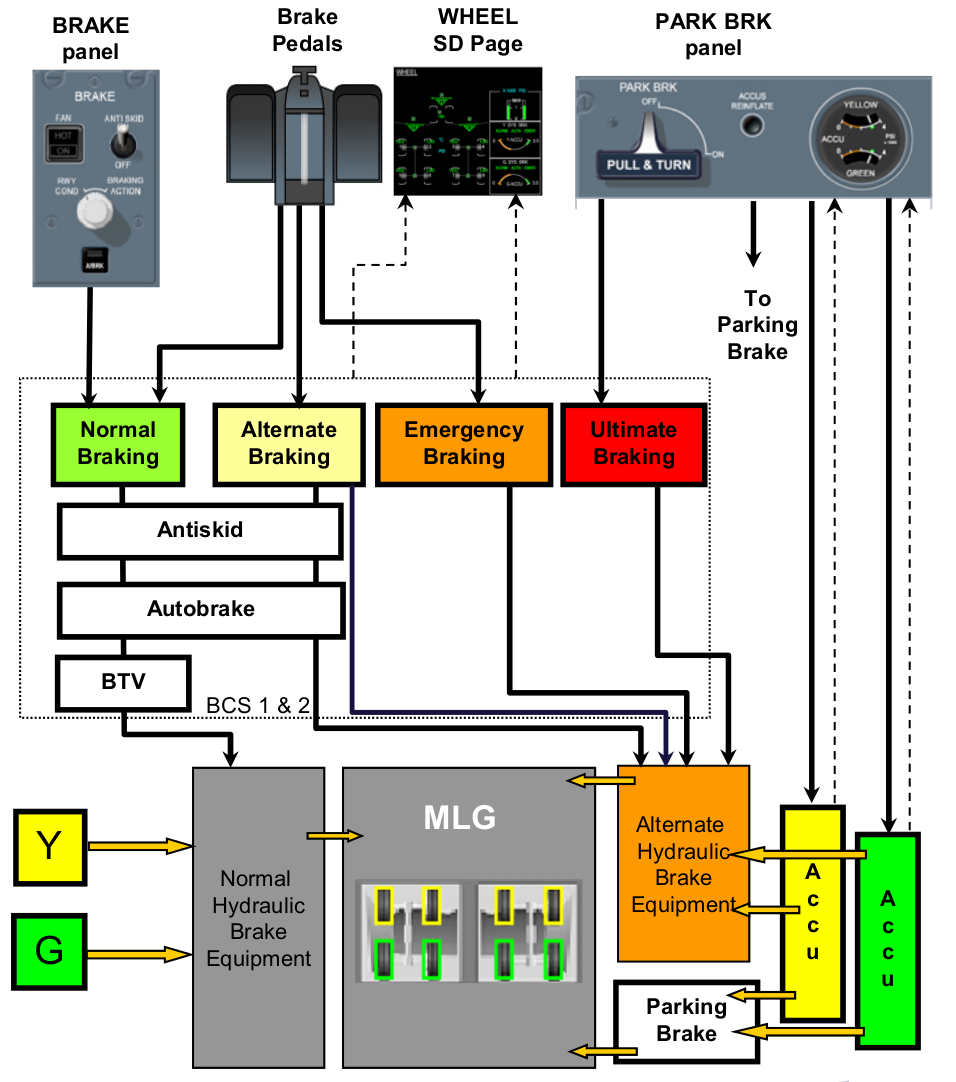 Which engine is started first has therefore no impact on which hydraulic system is powered first or which type of braking is available.

The situation is a bit different for the Airbus A320. As Jan pointed out in the comments, it is normal to start the right engine first, because it provides hydraulic pressure to the yellow system. From the A320 FCOM Hydraulic chapter:

A pump driven by engine 1 pressurizes the green system. 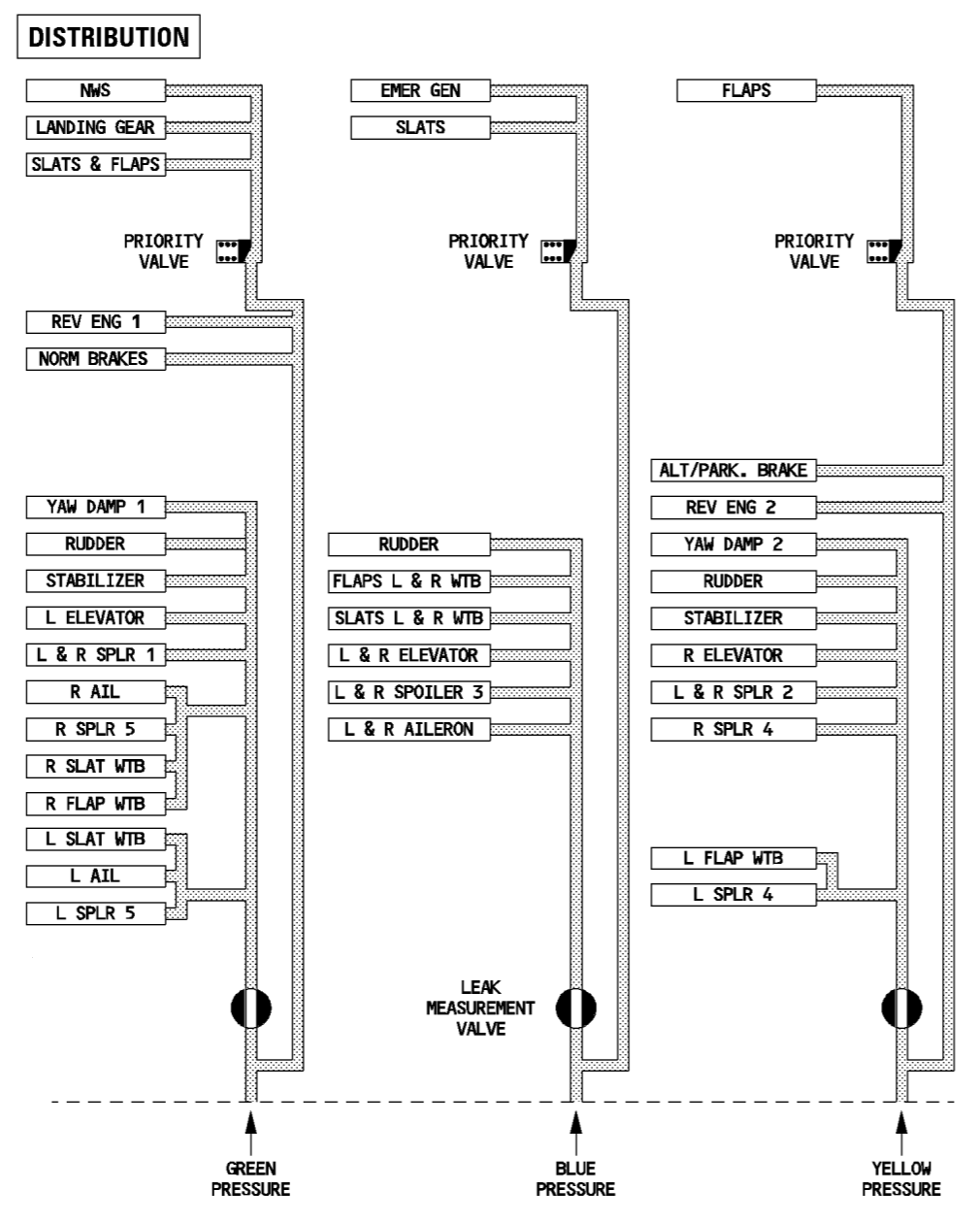 However, starting the left engine first is still perfectly possible. Hydraulic pressure from the accumulator is still available after pressurizing the yellow system with the electric pump before pushback to provide braking.

The Boeing 737 has two hydraulic systems: A and B. Both can be powered by electric pumps. From the FCOMv2 13.20.2 Hydraulics - System Description: 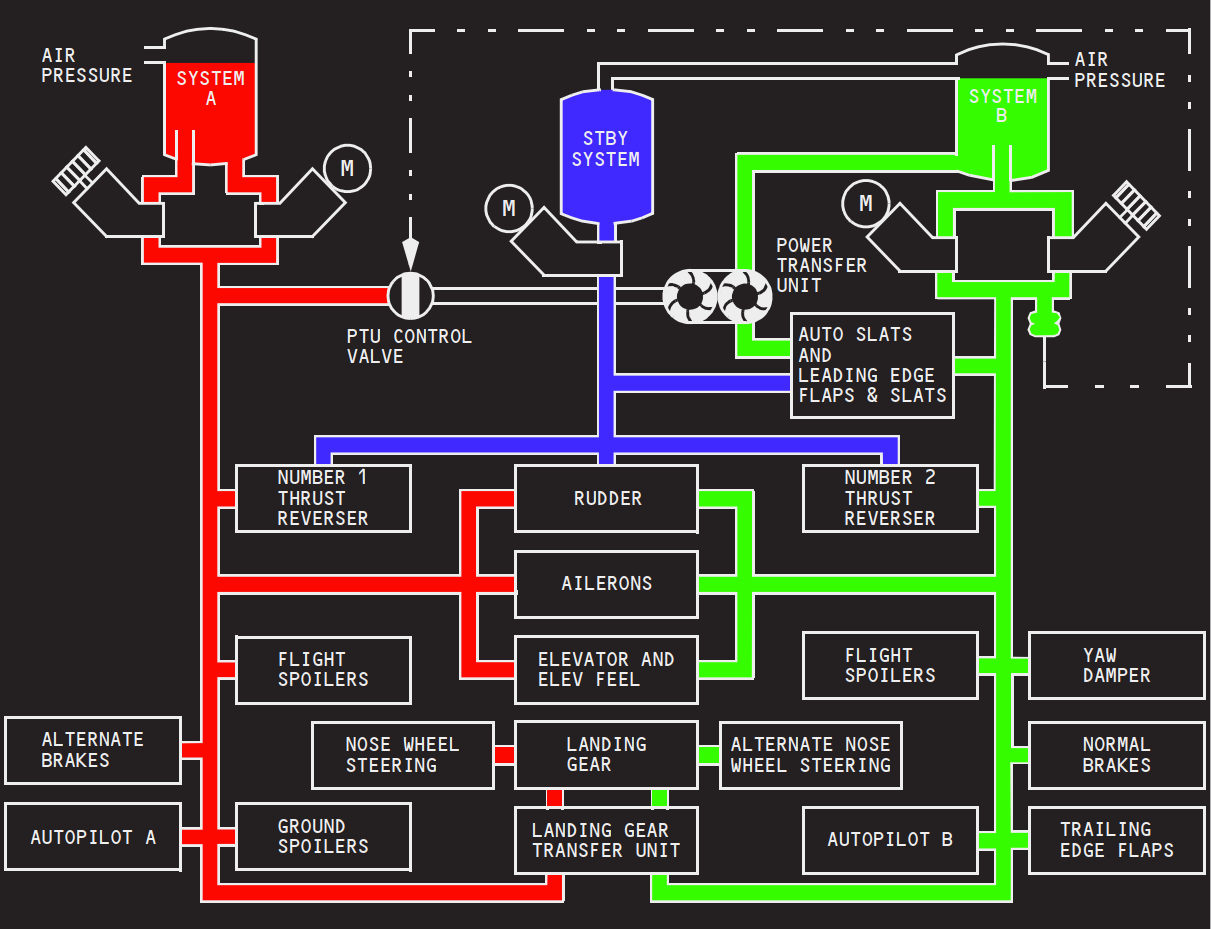 The braking is provided by both systems. From the FCOMv2 14.20.3 Landing Gear - System Description:

The normal brake system is powered by hydraulic system B.

Again, there is no reason to start one engine before the other because of hydraulics/braking.

Engine start order is mostly tradition and will be specified by the airline op-specs. The shutdown oder also does not matter since both engines are usually shut down at (almost) the same time at the gate, except for a single engine taxi where the hydraulic system that powers the nose-wheel steering must be pressurized.

Not the answer you're looking for? Browse other questions tagged commercial-aviation engine airbus-a320 boeing-787 airbus-a350 or ask your own question.

1
Does the order in which engines in commercial airliners are turned on matter?
22
Taxiing with one engine: Is engine #1 always used or do they switch?
6
Why is engine No.2 started first, instead of No.1?

10
Which commercial aircraft can perform a parallel engine start?
17
Which jet engines have the highest thermal efficiency?
2
How can I find which engines are used on the different A320 weight variants?
6
Why does the A320 use the rudder for lateral control in mechanical law?
9
First time passenger flight by two pilots?
3
Could you start both A320 engines with APU BLEED on?