Can the overwing exit slide be used when ditching in an A320?

I want to ask if an overwing exit slide in an Airbus A320 can be opened at all when landing or ditching. Is the exit still usable? Or it is blocked and we have to move the passenger to another one?

The over overwing exits are secondary exits in a ditching and they should be used only if it becomes absolutely necessary to use them. The reason is because, the escape slides of the overwing exits are just slides and not rafts as they cannot be used as long term flotation devices. Moreover, unlike the slide rafts, the escape slides on the overwing exits cannot be detached from the aircraft. If the aircraft sinks, it takes the slides with it. The rafts can be separated away from the aircraft and can be used as small dinghy to hold the passengers. Furthermore, the rafts also have a loop to which you can attach the survival kit. 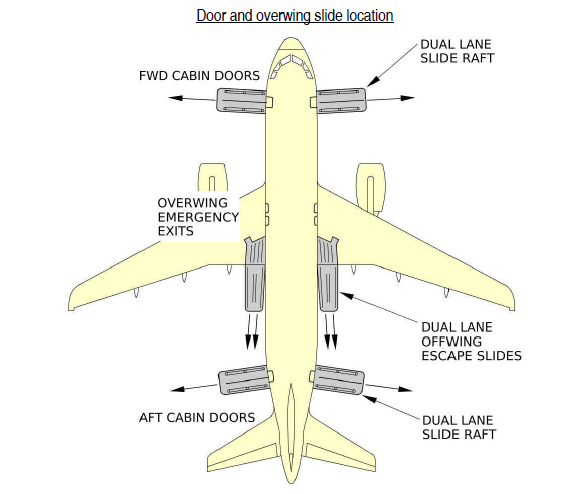 Here you can see that the A320 has four slide rafts (fwd and aft doors) and two overwing escape slides.

If the usage of overwing exits become necessary then they can be used in a ditching. In the Hudson landing, they used the overwing exits because the aft exits were rendered useless due to the considerable amount of impact damage received by the aft fuselage of the aircraft. Nonetheless, there are ditching related safety devices in the overwing exit. This is because in a ditching, the wing may get slippery. So, there are life lines that can be attached to assist passengers to escape the aircraft over the wing. This is what that yellow hook you see on the A320 wing is used for. So, yes wing exits can be used in a ditching, but they remain as secondary exits as long as all the other four exits are in working order. 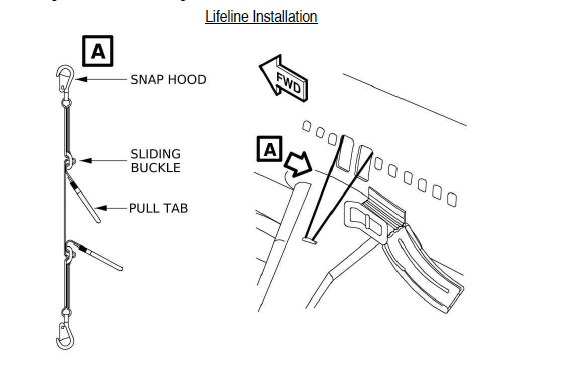 Not the answer you're looking for? Browse other questions tagged airbus-a320 emergency-procedures ditching emergency-slide or ask your own question.

11
How long can passengers survive after ditching in the ocean?
51
Aircraft Emergency Evacuation slide inflation system: Why is a mixture of CO2 & N2 used instead of pure N2?
31
Can the emergency slide be re-used after it has been deployed?
5
Why aren't passengers trained and evaluated for operating emergency exits in commercial aircraft?
21
Does the ditching switch allow an A320 to float indefinitely?
6
Why does the A320 use the rudder for lateral control in mechanical law?
5
Why do the A320’s primary flight controls have hydromechanical backups only for the rudder?
3
How do I have to fold a emergency slide so it can be reused?
9
What is the maximal altitude at which an emergency slide can be deployed?