Can you identify the plane with number NC 14959 photographed in Boston in 1937?

I have a photo of a plane with the number NC 14959 taken in Boston on December 31, 1937. The hanger behind it says "Occidental Airlines".

I am trying to find out what kind of plane this is?

I am sure of four things:

It is a Lockheed Electra 10A, and, by good fortune, quite a famous one now admired by hundreds of people every day. Details on the Electra Survivors Project. It was delivered to Eastern Air Lines on 24 September 1935.

It was later re-registered NC5171N and can be seen today in the Science Museum in London, displayed in the 'Making the Modern World' exhibition (as opposed to the aviation section). Its prominence there derives in part as being the same type as Amelia Earhart's aircraft on her final expedition, as well as the same type that British Prime Minister Neville Chamberlain used on his return to England after the ill-fated Munich Conference. (Note, this was not the actual aircraft in either of those events - but it is the one in your photo.) 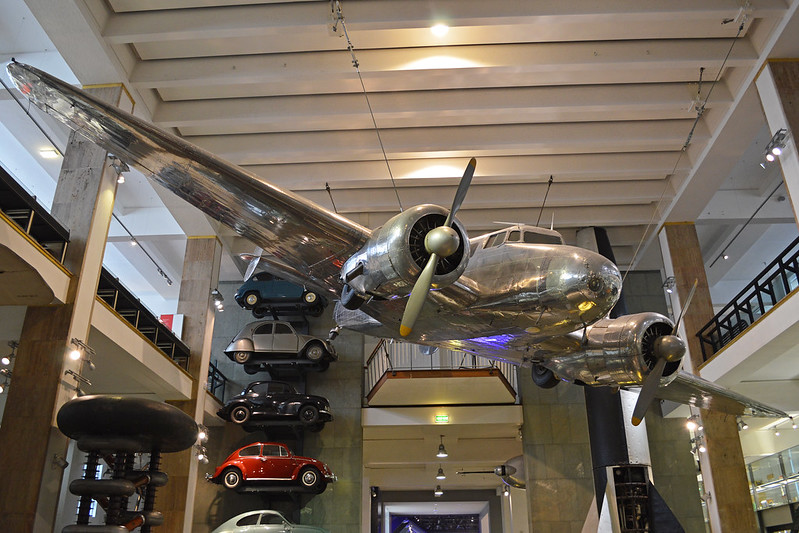