How would a hole in the side of a plane affect its flight?

Let's say an explosion blew a hole in a plane's fuselage without ripping the aircraft apart or damaging the engine and wings. How would the hole affect its flight?

Most planes fly best without any extra holes, of course! The specific effect of a hole is modifying local airflow, increasing turbulence, and increasing the aircraft's wetted area on the side of the breach.

As long as there isn't a matching hole in the back, however, the airflow inside separates (similar to a pickup truck), so most of the airflow is still normal around the fuselage. The turbulence will also disturb flow over the wing root, if the hole is located forward of the wing, slightly reducing lift on that side. All in all, range will be reduced and more control inputs will be required.

Other than that, a hole in the side does not prevent a plane from operating normally. One can think of a conventional aircraft as the wing, pushed forward by the engine, and stabilized by the tail. The fuselage just connects them together and houses the payload (and controls, but we're not thinking about that at the moment).

Most fuselages are streamlined for minimum drag, but a plane can fly with a non-streamlined fuselage as well, just not as fast and not as far. Fixed-wing gunships, for instance, fly operationally with large holes in their side for the armament. 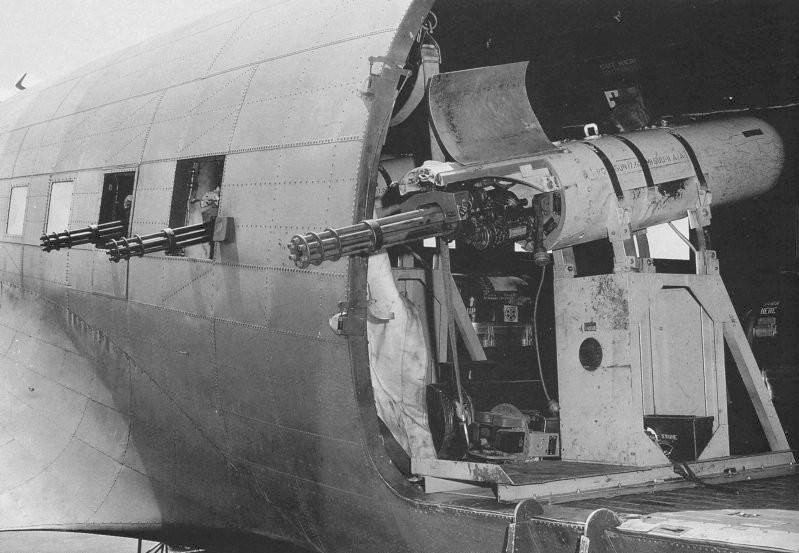 Not the answer you're looking for? Browse other questions tagged aerodynamics damage or ask your own question.

9
How can I calculate the rolling moment of an aileron for a given plane based on its performance?
2
How does the shift in aerodynamic center affect the performance of swing wing aircraft?
3
How are extreme winds aloft handled and how do they affect flight?
1
How can wingtip vortices affect the direction of the relative wind in front of the leading edge?
2
Would an F-15 or similar stand in be able to continue flight at high speed if it lost its canopy?
1
How does engine geometry affect flight stability?
14
What causes a plane to lose its roll momentum
2
Is it feasible to repair a C152 that flipped onto its back?
2
How does the position of Maximum camber affect lift and drag on an airfoil?