Does deploying flap change the aspect ratio of the wing?

Specifically when a Plain flap is defleted the geometry of the wing will be altered (Camber is increased). Does this have any effect on aspect ratio? What's the connection between Camber and aspect ratio?

The aspect ratio of a wing is defined as:

where $s$ is the wingspan and $A$ is the total wing area.

Some types of flaps are not only increasing wing camber, but also the wing area:

The Fowler, Fairey-Youngman and Gouge types of flap increase the wing area in addition to changing the camber.

You can see the flap types that change the aspect ratio in the following image (modified from Wikimedia): 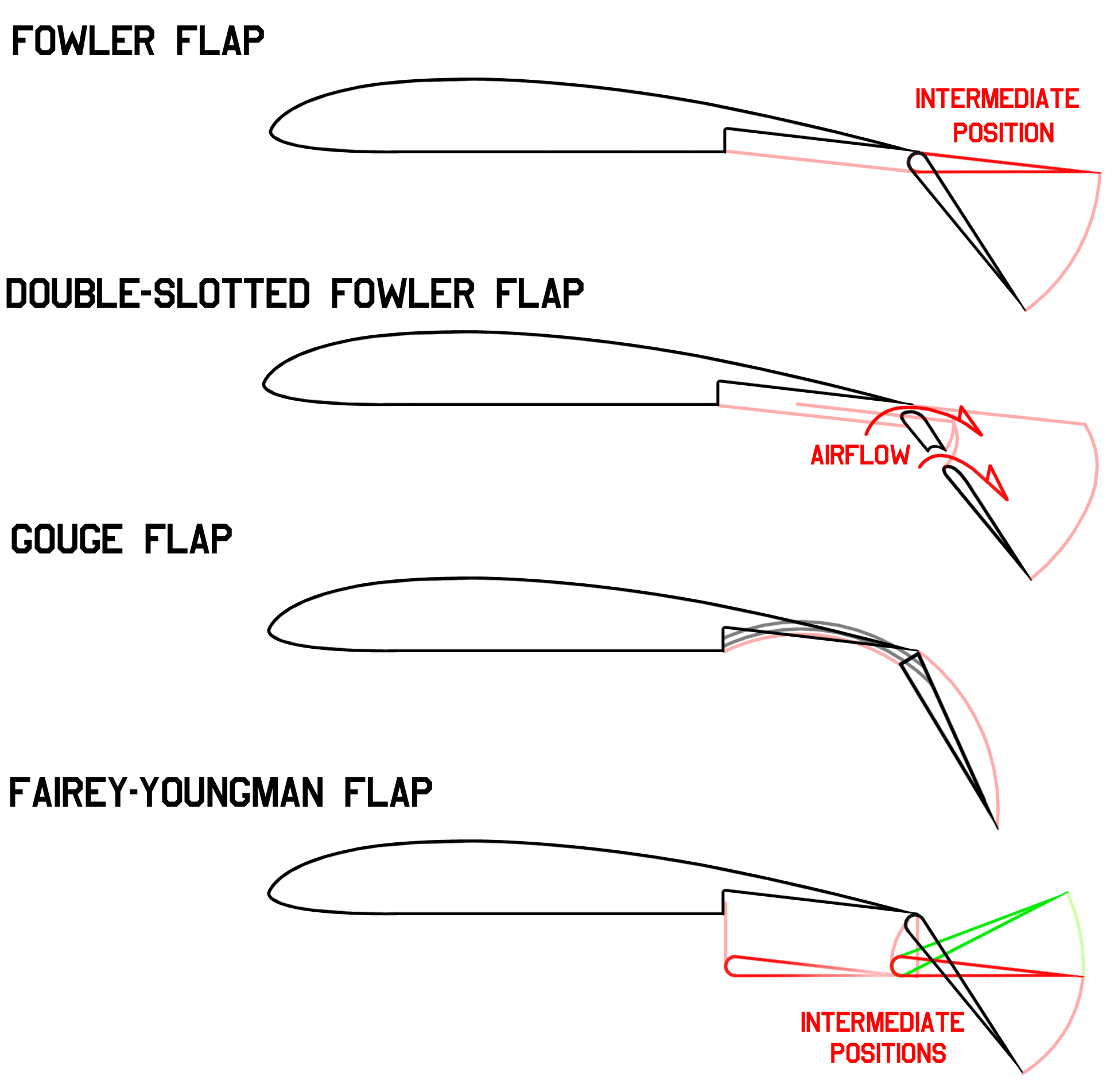 Not the answer you're looking for? Browse other questions tagged flaps high-lift-device or ask your own question.

0
What does the lift coefficient take into consideration for flaps?

14
How does the particular piece of flap behind an engine on a B777 work?
8
When should I use the global Reynolds number and when the local Reynolds number?
8
How does the slotted flap work?
2
How does leading edge flap increase camber?
6
How is the area of flaps determined?
6
Why does the A320’s maximum allowable aileron deflection decrease, rather than increase, when the flaps are extended?
1
What is the name for a flap that increases the wing's area but not its camber?
2
Why didn’t the Concorde have flap-canards like the Tu-144?
11
How does the A350 variable camber system decrease drag?
2
Why does lift curve slope increase when Fowler Flaps are deployed?