In the Cl vs Cd graph, Why the drag coefficient decreases initially with the small increment in lift coefficient?

Increasing in Cl introduces another component of drag (Induced Drag) and therefore the total drag Cd should be increased. But, Why in this plot Cd decreases initially with the small increment in Cl? 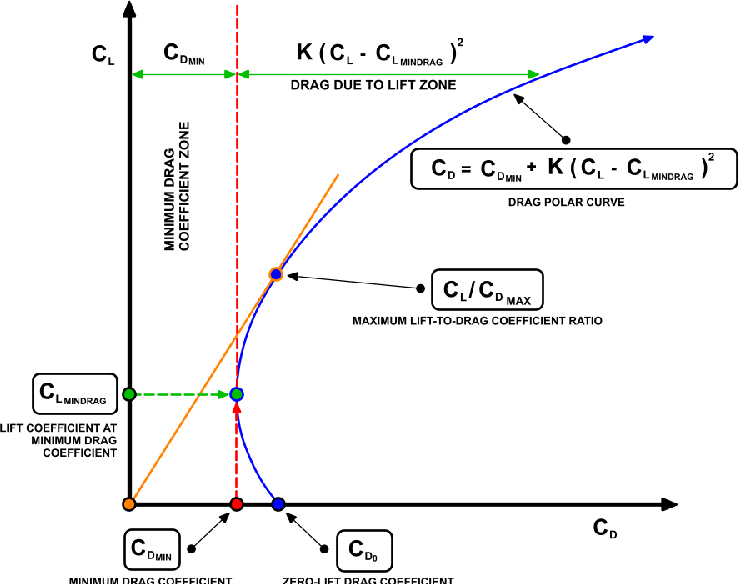 Think about it this way. Assume a cambered airfoil, not a symmetrical airfoil. Assume the wing has zero twist and zero incidence. To place the wing at the zero-lift angle-of-attack (zero CL), the fuselage and wing will have to fly at a somewhat nose-down pitch attitude relative to the airflow. This does not yield the lowest possible drag coefficient, regardless of whether we are looking at the wing, the fuselage, or the whole aircraft.

Bear in mind that in this part of the flight envelope (near the zero-lift angle-of-attack), drag is dominated by profile drag, not induced drag.

Related: Is drag coefficient lowest at zero angle of attack?

The well-known 3D drag model of:

With flaps extended, a better model would be (source: ESDU Item 97002):

If you rearrange the terms a little bit, you get the model shown in your graph: 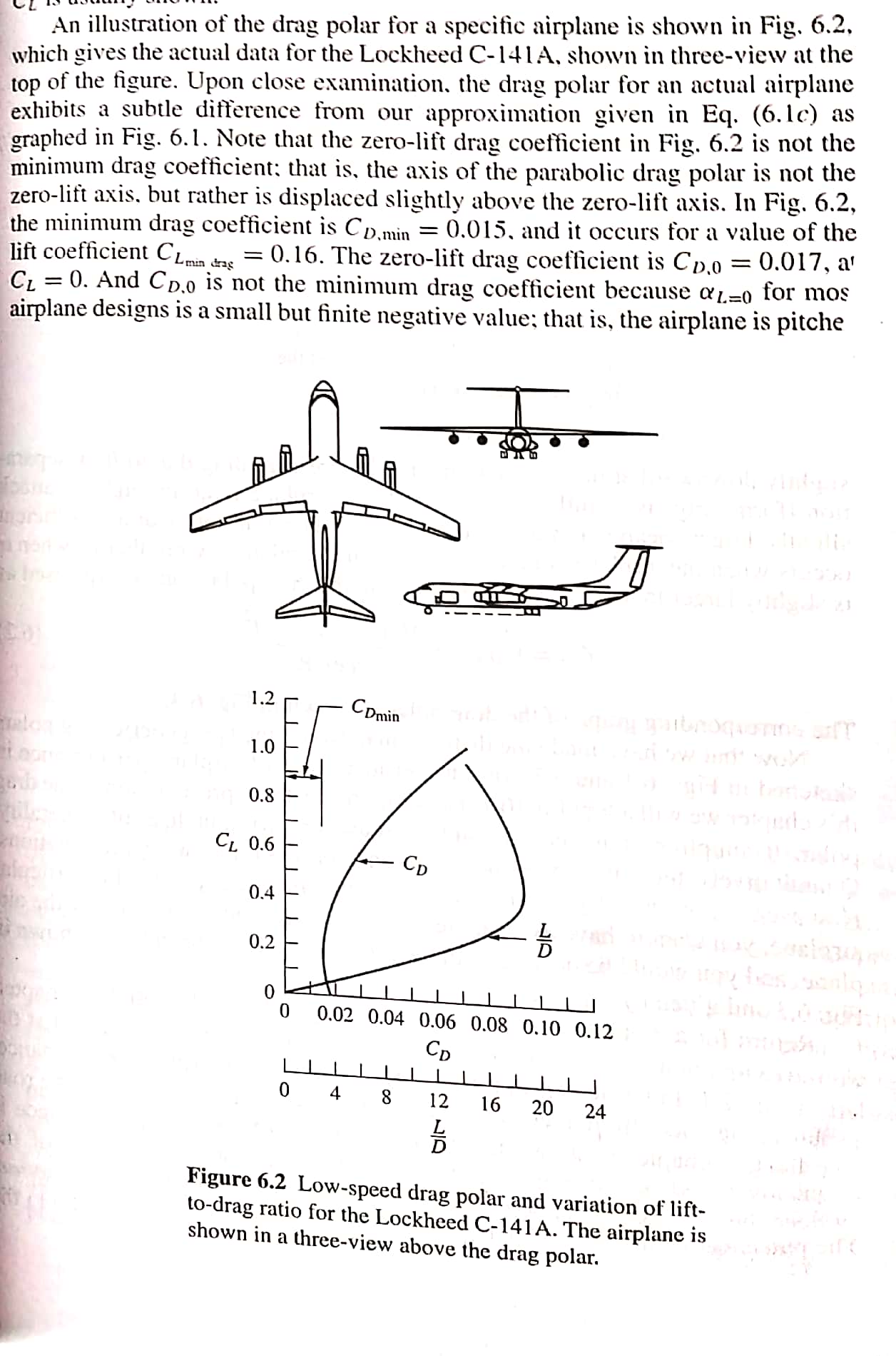 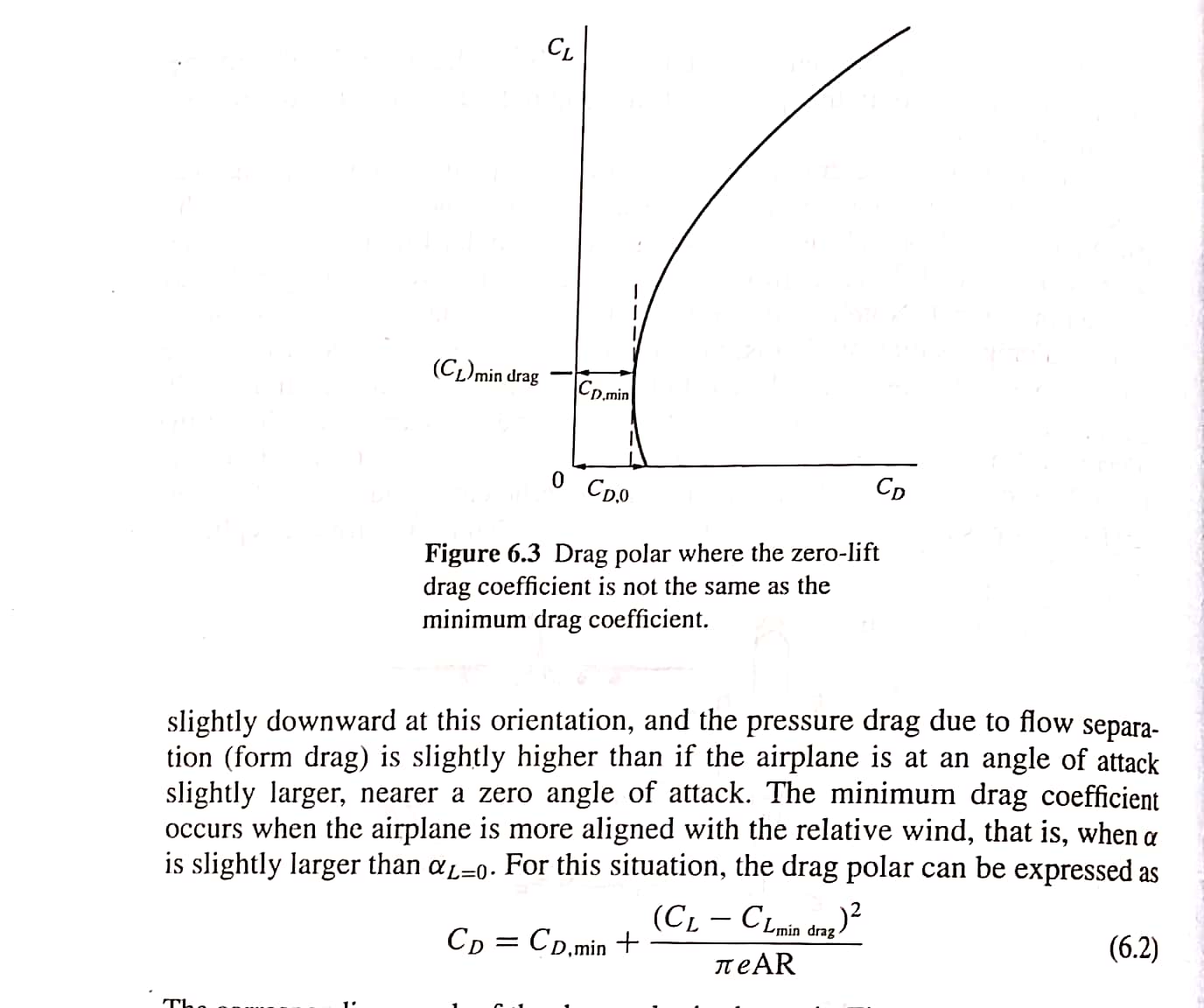 7
Is drag coefficient lowest at zero angle of attack?

3
How can the zero-lift drag coefficient (parasitic drag) be calculated?
1
Why is a reduction in lift called 'drag'?
2
What are the contributors of lift-dependent drag?
2
How to distinguish the induced drag of a lift-producing wing from its pressure drag?
0
Determining the total drag of a propeller driven aircraft while turning with a load factor of n = 2?
2
How do coefficient of lift/drag variation with speed differs between swept and unswept wings?
0
What is the 'optimal' taper ratio?
5
Why does lift decrease and drag increase when approaching the stall condition?
2
Why XFOIL predicts a lower drag coefficient at higher Re?