Do thrust reversers only have idle and full modes or are there intermediate settings?

Are there any intermediate thrust reverser settings?

If so, how often do pilots use these intermediate settings?

My experience is on the CRJs but most airliners are similar. Normally you can work reverse thrust variably between idle and max reverse. The reverser levers will have a stowed and locked position (all the way down), and there will be a latching device you operate with your fingers to pull them up from stowed.

From there you end up at an idle reverse position (which may have a physical detent you can feel), and there is a range of movement above idle reverse going up to maximum reverse. You can vary the reverse thrust between idle and max as you wish, although most pilots will just go from stowed to idle to max, then back to idle then stowed on a landing.

One technique issue on using reversers is if you slam the reverser levers back down to fully stowed really quickly, the reverser devices on the engine stow while the fan is still running at high rpm and on some engines you will get a little shot of forward thrust at the end of the landing roll. It feels like you let off the brakes at bit for a couple seconds. Once you get a bit of experience, you learn to ease them off to idle reverse and wait at idle a few seconds before stowing.

Reverse thrust is not taken credit for in landing distance calculations, so their use is optional by the landing pilot. Some airlines may prefer a bit faster brake and tire wear to wear and tear on the reverser system, based on a relative cost analysis, and encourage crews to avoid reverser use unless they need them.

Some pilots will plan not to use reverse but will want it ready just in case, so they will unstow on landing but keep the reverser levers at idle. This practice is frowned upon by the maintenance types because it counts as an operating cycle of the reverser system (impacting long term maintenance) even though reverse wasn't used to help slow down. 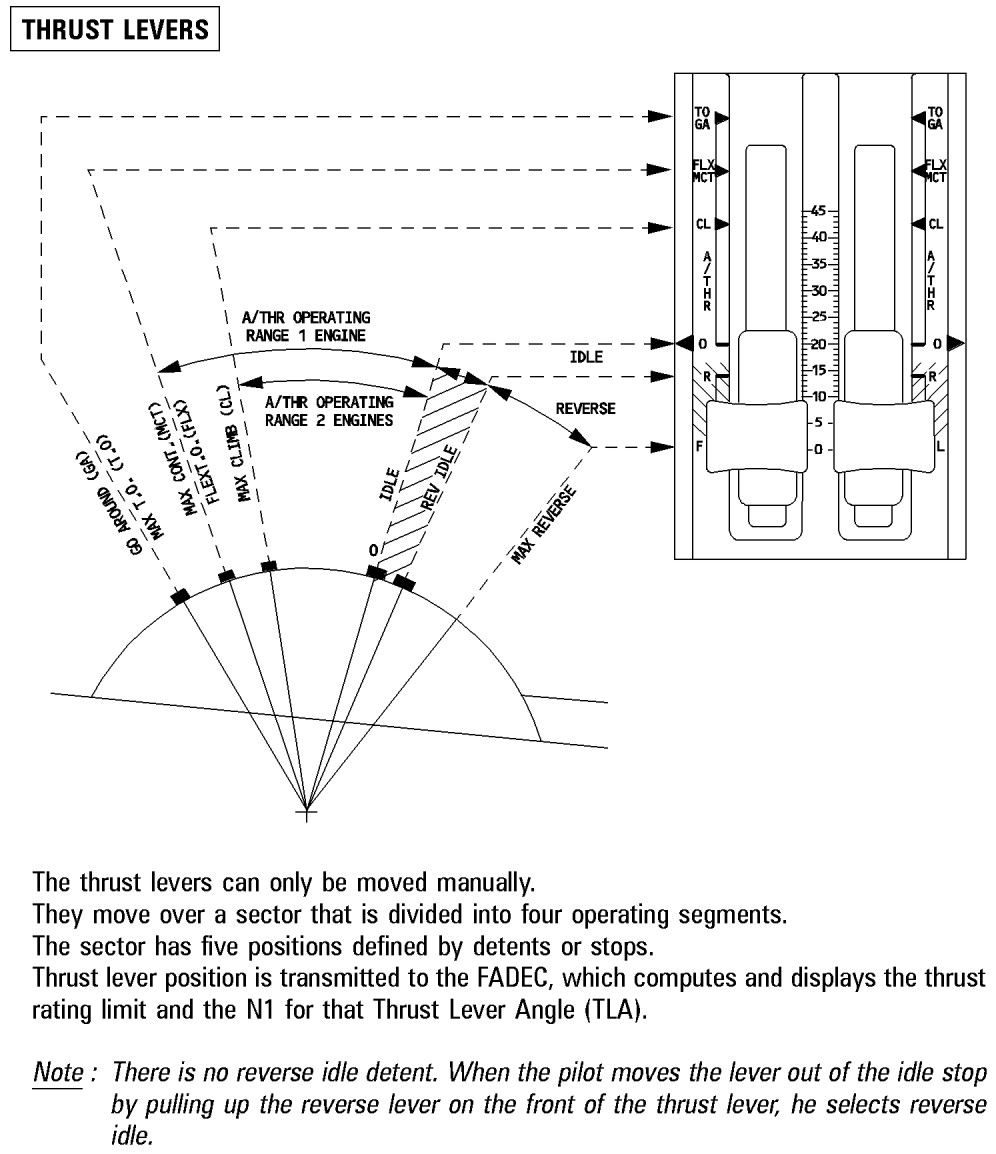 The resulting thrust can be seen in the following chart: 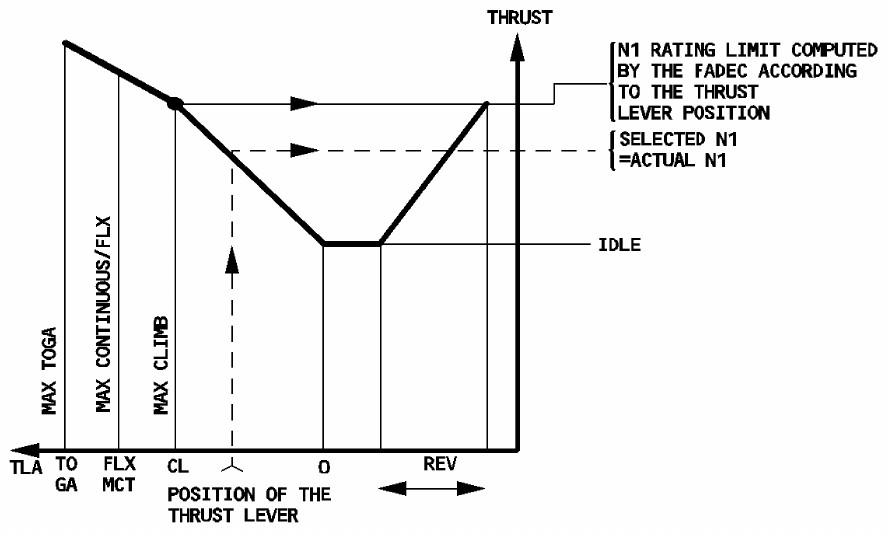 On the Boeing 737 the thrust reversers are controlled with a similar lever on the main thrust levers, but the main levers are not moving when setting more reverse thrust. You rather pull the reverse levers higher up. From the FCOMv1 (7.20.17 - Engines, APU - Engine System Description):

Downward motion of the reverse thrust lever past detent No. 1 (reverse idle thrust) initiates the command to stow the reverser. When the lever reaches the full down position, the control valve moves to the stow position allowing hydraulic pressure to stow and lock the reverser sleeves. After the thrust reverser is stowed, the isolation valve closes and the electro–mechanical lock engages.

Regarding the typical operation procedures, I have to disagree a bit with John K's answer. Normal SOP is to always deploy the reversers at least to idle. This is because a high bypass turbofan engine will still produce quite some thrust in forward idle. By deploying the reversers in idle, most of this thrust is re-directed to aid in braking.

Note: On a dry runway, thrust reversers do not have an impact on the amount of deceleration (if autobrakes are used). The more reverse thrust is used, the less will the autobrake system use the wheel brakes resulting in the same total deceleration. Only on slippery runways, where wheel braking is limited by the anti skid system, will reverse thrust result in a shorter landing distance.

How much reverse thrust to use on a dry runway will be airline procedure specific. Typically, when a short turnaround is required, you want the wheel brakes to be rather cool so you can takeoff again quickly. Therefore, more reverse thrust might be necessary before a short turnaround. For the last flight of the day however, brake temperature is of no concern, and idle reverse will be used to save on fuel and reduce noise pollution.

Not the answer you're looking for? Browse other questions tagged landing engine-design pilot-technique thrust-reverser or ask your own question.