In a helicopter does forward flight produce a rolling moment?

In forward flight the advancing blade will produce more lift than the retreating blade. It seems this would produce a rolling moment. If so, does the pilot have to move the cyclic to compensate for this? If it doesn't, why not?

Yes, forward flight tilts the rotor sideways, which does produce a rolling moment about the Centre of Gravity. 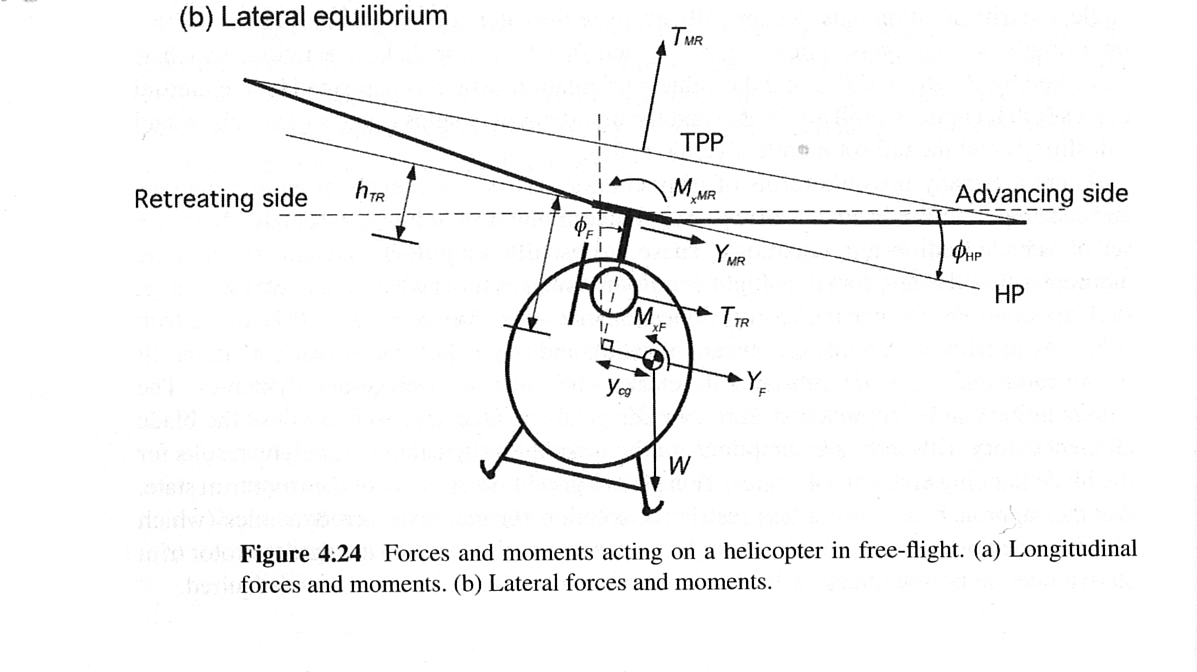 The picture shows the lateral tilt from longitudinal airspeed, which must be compensated for by tilting the swash plate. If the CoG is underneath the rotor axis. the rotor thrust vector $T_{MR}$ must point vertically upwards in order to stop the helicopter from rolling. Part of the rotor trim considerations. 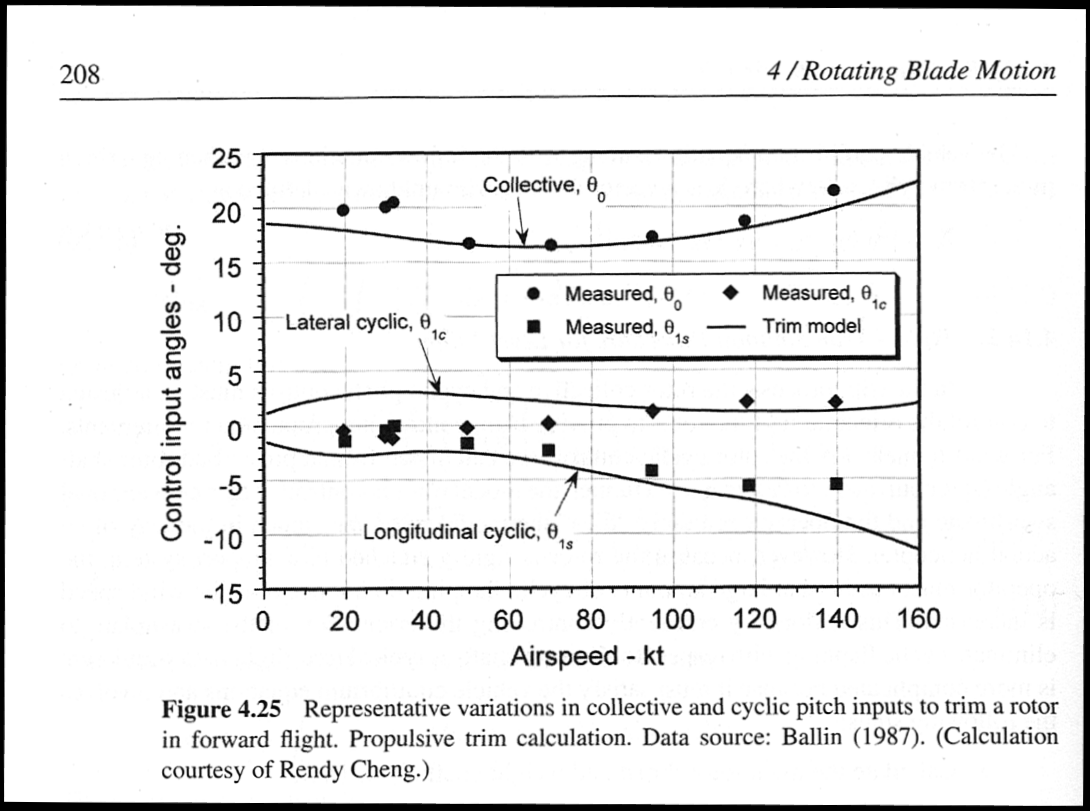 Picture above shows the lateral stick setting as function of airspeed for an example helicopter, which resembles the UH-60. Note that below 70 its, there is negligible lateral stick trim input required.

Yes cyclic is used to compensate.

The advancing blade is allowed to "flap" up to compensate for its extra lift, and the retreating blade flaps down to compensate for its decreasing lift. On an articulated rotor, each blade has a flapping hinge for this purpose. On a two blade teetering rotor, the blades being on the same axis are flapping up and down in harmony and the teetering pivot at the center takes care of it.

If the cyclic was perfectly centered (swash plate horizontal) the rotor disc would be flying a long with a slight tilt away from the advancing side as the machine flies straight. But this would impart a lateral moment that would make the machine turn to the left as it flies forward. So to compensate the pilot is initially applying a small amount of compensating right cyclic without thinking about it (on a machine where the right side advances), so effectively the advancing blade gets a slight reduction in pitch and the retreating blade gets a slight increase in pitch, becoming more and more the faster you go.

As you get faster and faster, either the retreating blade runs out of pitch authority or wants to stall as its relative speed gets too low, or the advancing blade's tip becomes trans-sonic. One or the other. This is what limits helicopter speeds.

18
In helicopters, why not have electric motors controlling blade pitch?
33
Why don't helicopters always takeoff from a hover out of ground-effect?
3
What is the drag of helicopter rotor at jet speed?
3
Why are helicopters less efficient than planes?
18
How does this RC helicopter keep itself upright?
3
Does a dual-rotor helicoptor like the Chinook transition from hover to forward flight differently than a single rotor helicopter?
3
How are pitching and rolling moments transferred from rotor to the body?
1
Helicopter Flight: What is the reason for decrease in Induced drag with increase in speed?
1
Helicopter Basics: How does lead-lag of blades actually help in compensating for increase/decrease in speed due to flapping?