What airfoils are used for the current generation of general aviation VTOL aircraft?

What airfoils are used for VTOL ultralights at 60-70 deg AOA without flaps or slats?

I understand most airfoils stall at about 15deg, slats and flaps allowing up to 30 deg AOA such as with the Zenith 701.

I assume the distributed propulsion reduces the LOCAL AOA significantly, so that lift is only via the props from say 40-90 deg AOA, and then wings start to generate lift at about 40 deg AOA even without slats or flaps.

Yet, I was told distributed propulsion only works for low AOA. Very confused....

What airfoil type is used for this?

Would an airfoil like the Selig 1233 or Eppler 399 be appropriate for this? I understand these are low Re airfoils, but these usually stall at a lower AOA than a classic airfoil like the NACA65018 used in the Zenith701.

Or do you need something very fat that will stall at a much higher AOA, like an airfoil with 25%-30% thickness?

Those airfoils never see angles of attack of more than a few degrees. Since both wings of the Blackfly carry propellers along their full span, their prop wash ensures that airflow is mostly along the wing's chord. Slow flight is not much different from the hover of quadcopters, in both cases the propellers create most if not all of the lift. 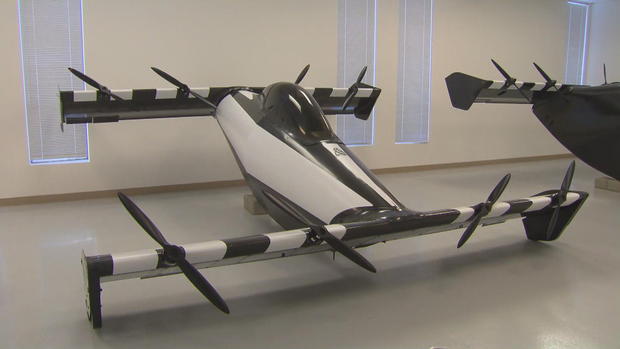 So to answer your question directly: There are no VTOL ultralights where the wing is exposed to flow at 60-70Â° AoA. The airfoils used are most likely about 15% thick with moderate camber because they operate at single-digit angles of attack.

2
How to design a near vertical take off airplane?
6
Why don't rudders stall at 30 deg deflection, as they don't have downwash to reduce local AOA like flaps and horizontal tails do?
0
Would converting a Lazair ultralight to 4 x 3 Hp engines and using the props as distributed propulsion produce a Clmax of 4.5?
1
Does distributed propulsion create unwanted lift at cruise speeds, requiring a negative angle of attack?
2
If pitching moment creates drag, how can high and low moment airfoils have almost identical drag polars?
2
Cascading Wings: Do they really increase lift by 300%?
3
Which prop location creates more lift? Leading edge or blown flap?
0
What is the total EXTRA lift produced using an 80 deg flap and distributed propulsion?
2
Would plain and slotted flaps increase lift substantially in a distributed propulsion application?