Why the pitch control of helicopter is named Collective Control? And why does it located at the left side of the pilot seat? 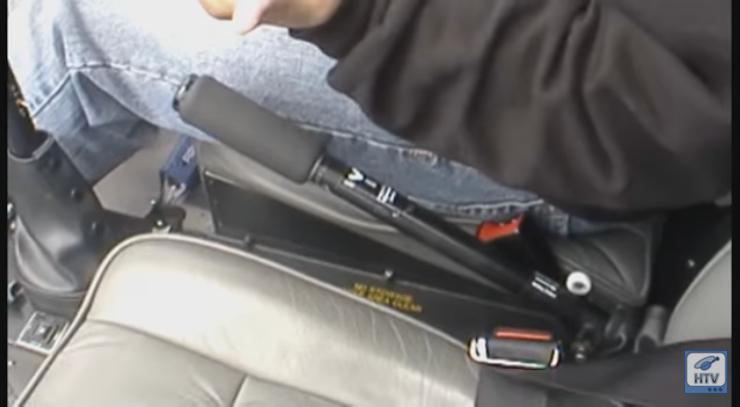 This is probably a very trivial for some of you. But sometimes a name not representing the function become a question, just like this Collective Control, which its function is to pitch up the blade when it pulled up, and vice versa to pitch down when it pulled down. Why that device is named Collective Control? Why not another name, i.e., Pitch Control, Lever Control, etc., which is seem more representative. And why does it located on the left side of the pilot seat?

"Collective" is short for "Collective Pitch Control", which, you know, controls the pitch of the blades collectively.

It's on the left side because the really fine motor control required of flying a helicopter with the cyclic is best suited to the right hand, and 90% of the population is right handed.

A lot of machines (Hughes and others are exceptions) are flown from the right seat because the collective hand is the "free-est" you might say, since you can let go of collective but are not supposed to let go of cyclic. Flying from the right allows you to work all the switches in the cockpit without taking your right hand off cyclic. On left seat solo machines like Hughes 300/500s or Bell 47s or Enstroms, you have to switch hands all the time any time you want to work a cockpit control.

Firstly, it does not control the pitch of the helicopter, that can be achieved using the cyclic control.

Secondly, it is named collective because it changes the pitch of of all the main rotor blades collectively, as in, at the same time and by the same amount.

This is different from the cyclic control which adjusts the pitch of the blades as a function of where they are in their cyclic rotation around the helicopter, i.e. as a function of their azimuth.

As for why is it on the left, that is because the majority of the population is right handed and the cyclic demands more precise and complex inputs. Therefore it is easier for the pilot to have the cyclic stick in their dominant hand. 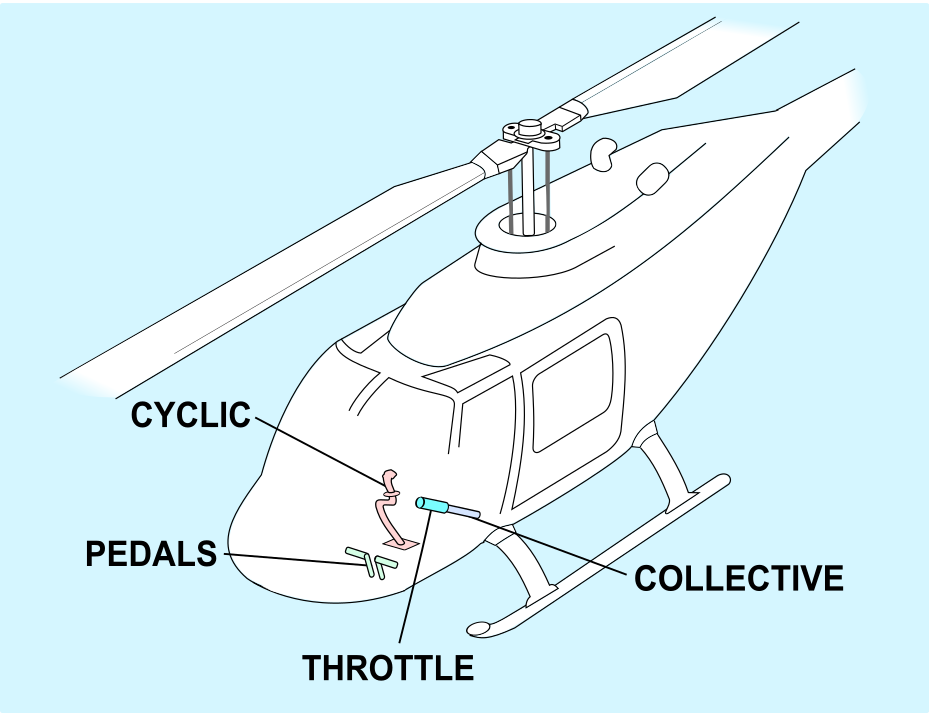 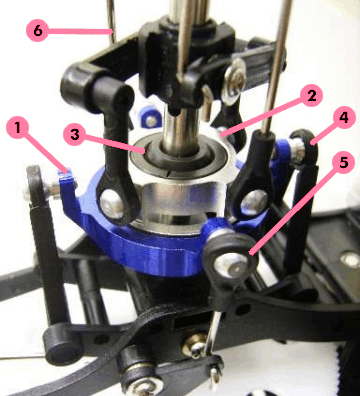 Not the answer you're looking for? Browse other questions tagged aircraft-design aircraft-performance helicopter or ask your own question.

7
Why Pitch Trim Up/Down & Roll Left/Right switches on yoke or control stick?
27
Why is the PIC position for helicopters the right seat, rather than the left seat as in airplanes?
28
Why does an airplane captain sit in the left seat?
8
How are helicopter cyclic and collective jacks connected?
17
Why is there a plateau in helicopter H/V diagrams?
10
Why does the spiraling slipstream from a propeller hit the left side of the fin?
4
Why aren’t there any lifting-canard airliners?
15
How does this RC helicopter keep itself upright?