Of the various use cases of the Pratt & Whitney JT8D (the most-produced low-bypass turbofan in history, and the second-most-produced turbofan of any description1), those installed on the 737-100 appear to use a set of auxiliary suck-in doors, similar to those so familiar from the earlier JT3D: 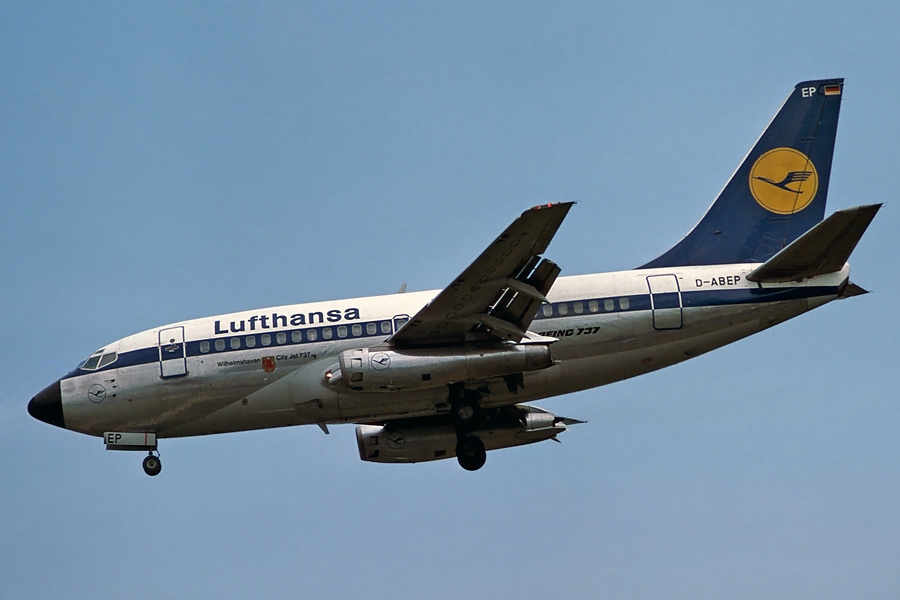 The always-useful 737 Technical Site confirms that these are, indeed, suck-in doors:

The original choice of powerplant was the Pratt & Whitney JT8D-1, but before the first order had been finalised the JT8D-7 was used for commonality with the current 727. The -7 was flat rated to develop the same thrust (14,000lb.st) at higher ambient temperatures than the -1 and became the standard powerplant for the -100. By the end of the -200 production the JT8D-17R was up to 17,400lb.st. thrust.

Auxiliary inlet doors were fitted to early JT8D's [sic] around the nose cowl. These were spring loaded and opened automatically whenever the pressure differential between inlet and external static pressures was high, ie slow speed, high thrust conditions (takeoff) to give additional engine air and closed again as airspeed increased causing inlet static pressure to rise.

In contrast, the JT8Ds installed on other types of aircraft, so far as I can tell, do not have suck-in doors: 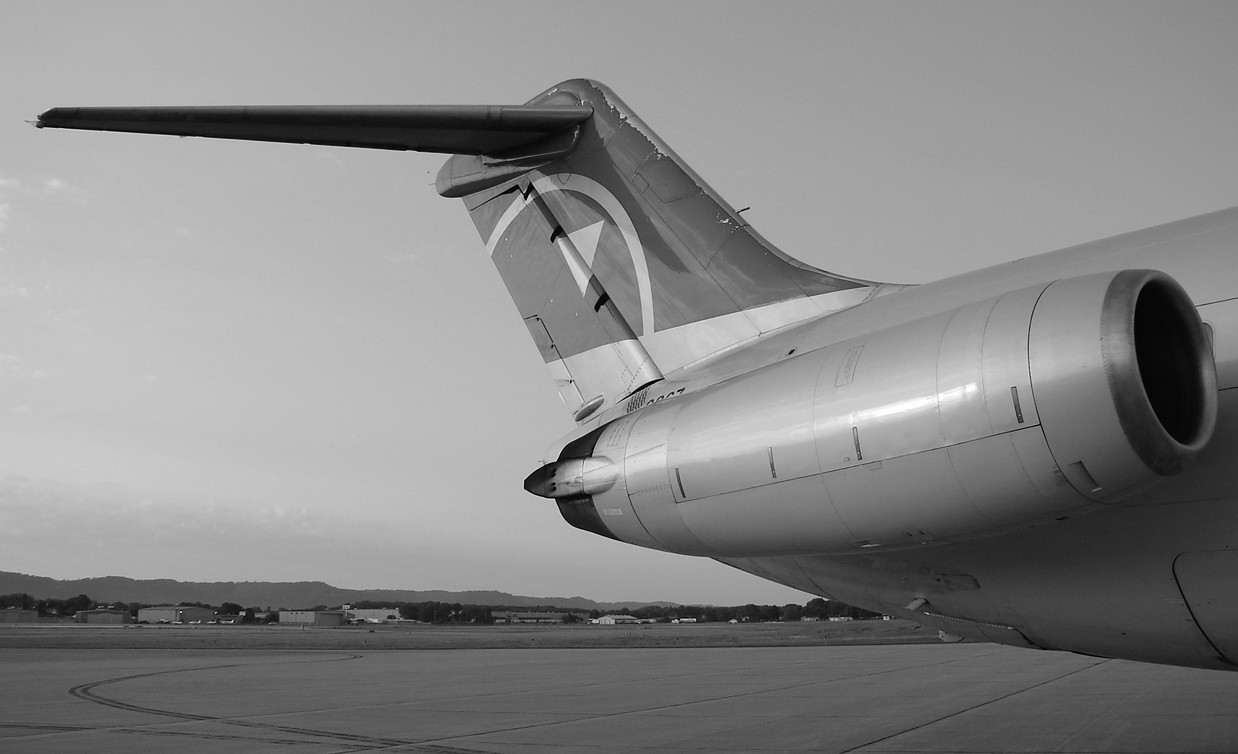 (Image by Cory W. Watts at flickr, via Josve05a at Wikimedia Commons.) 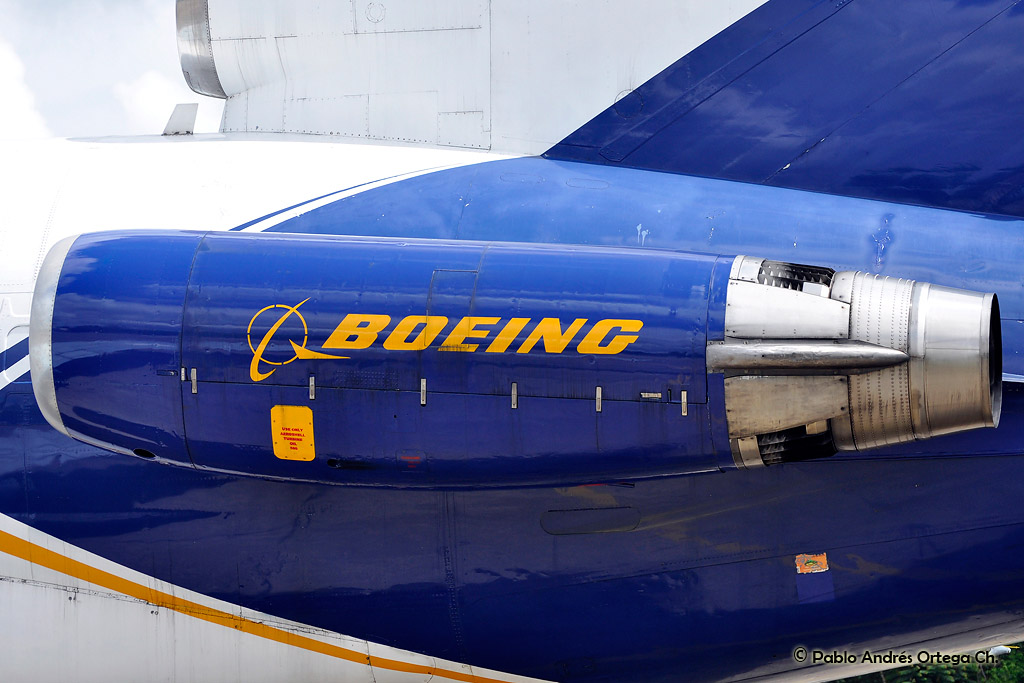 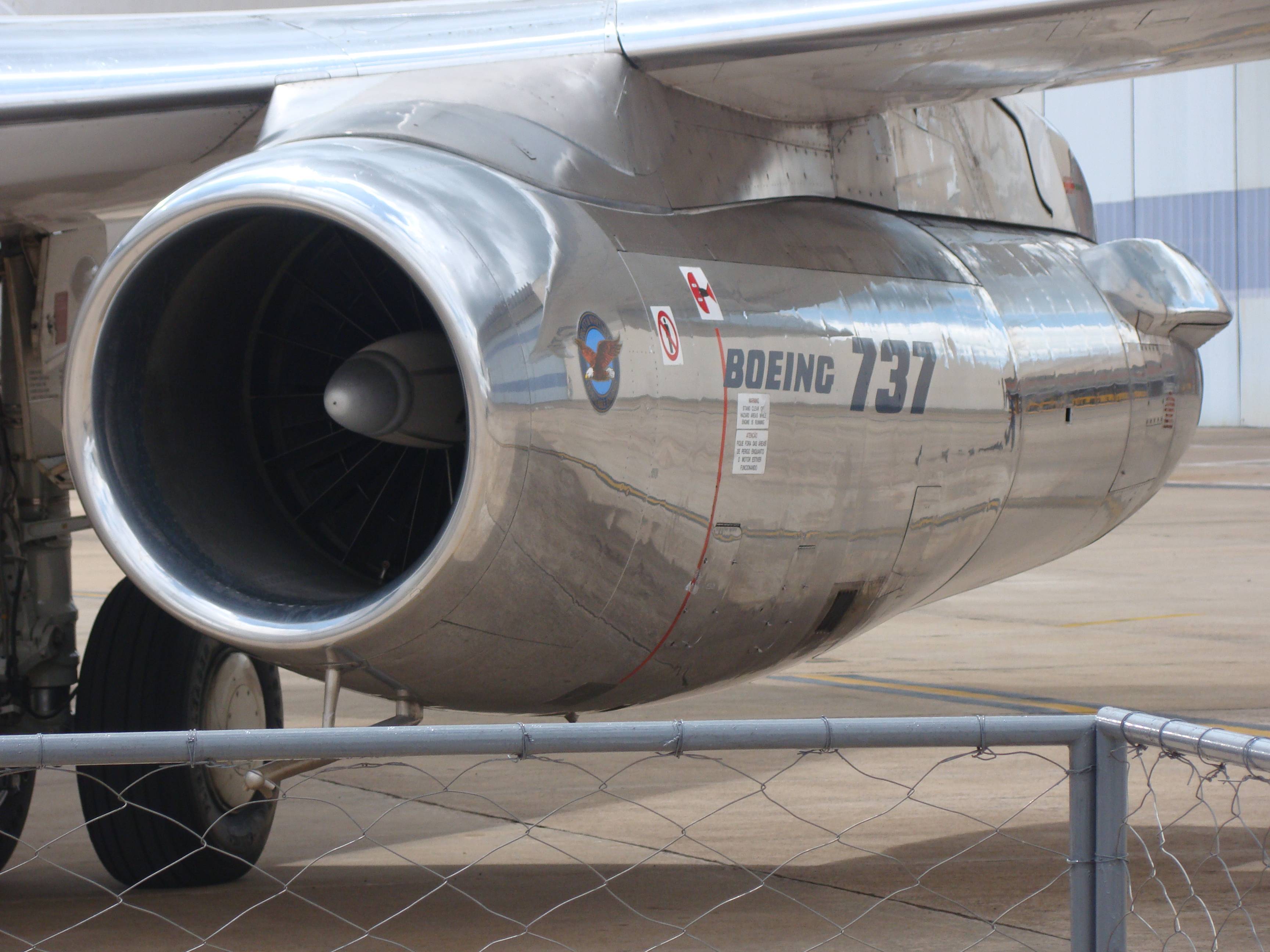 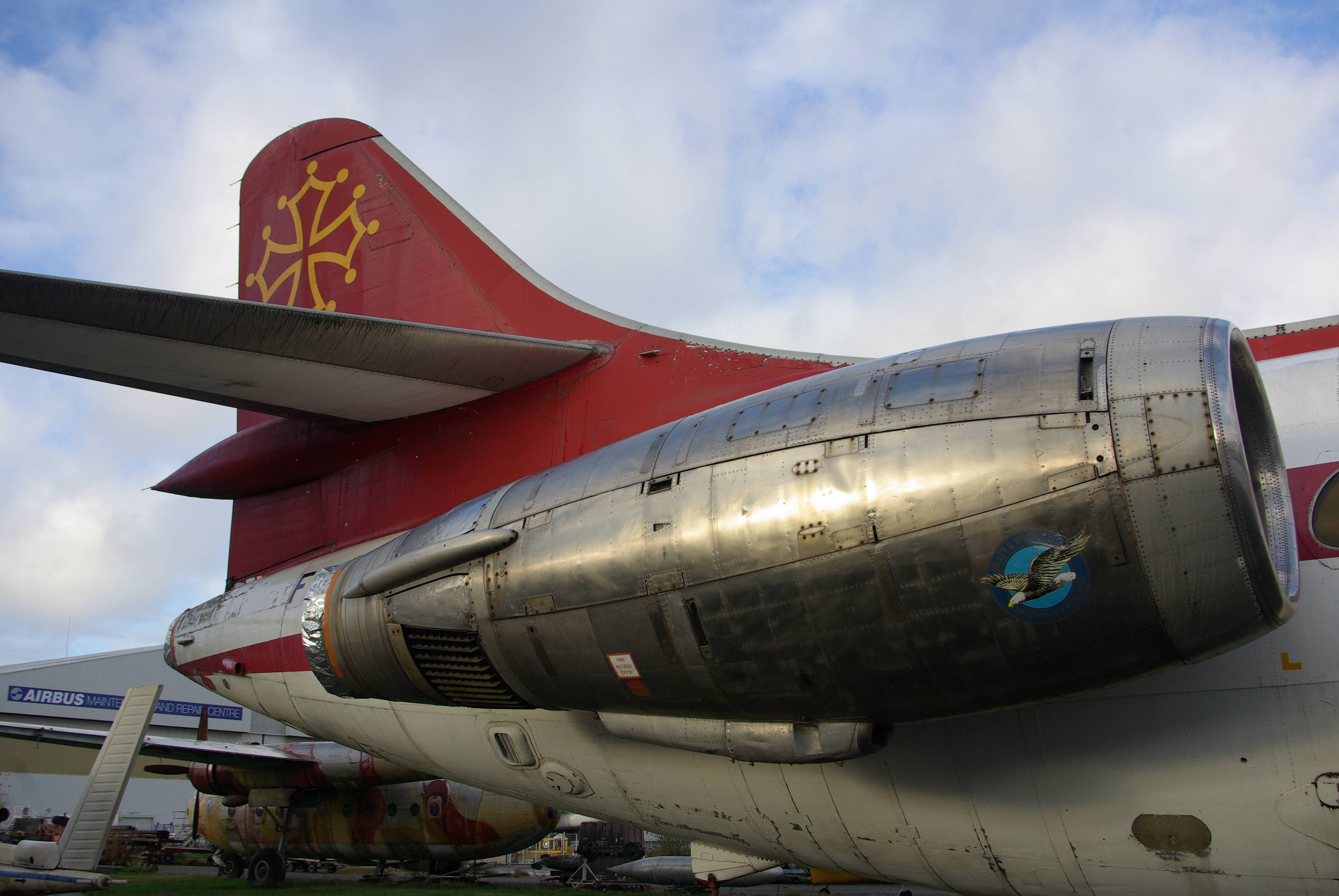 (Image by duch.seb at Wikimedia Commons.) 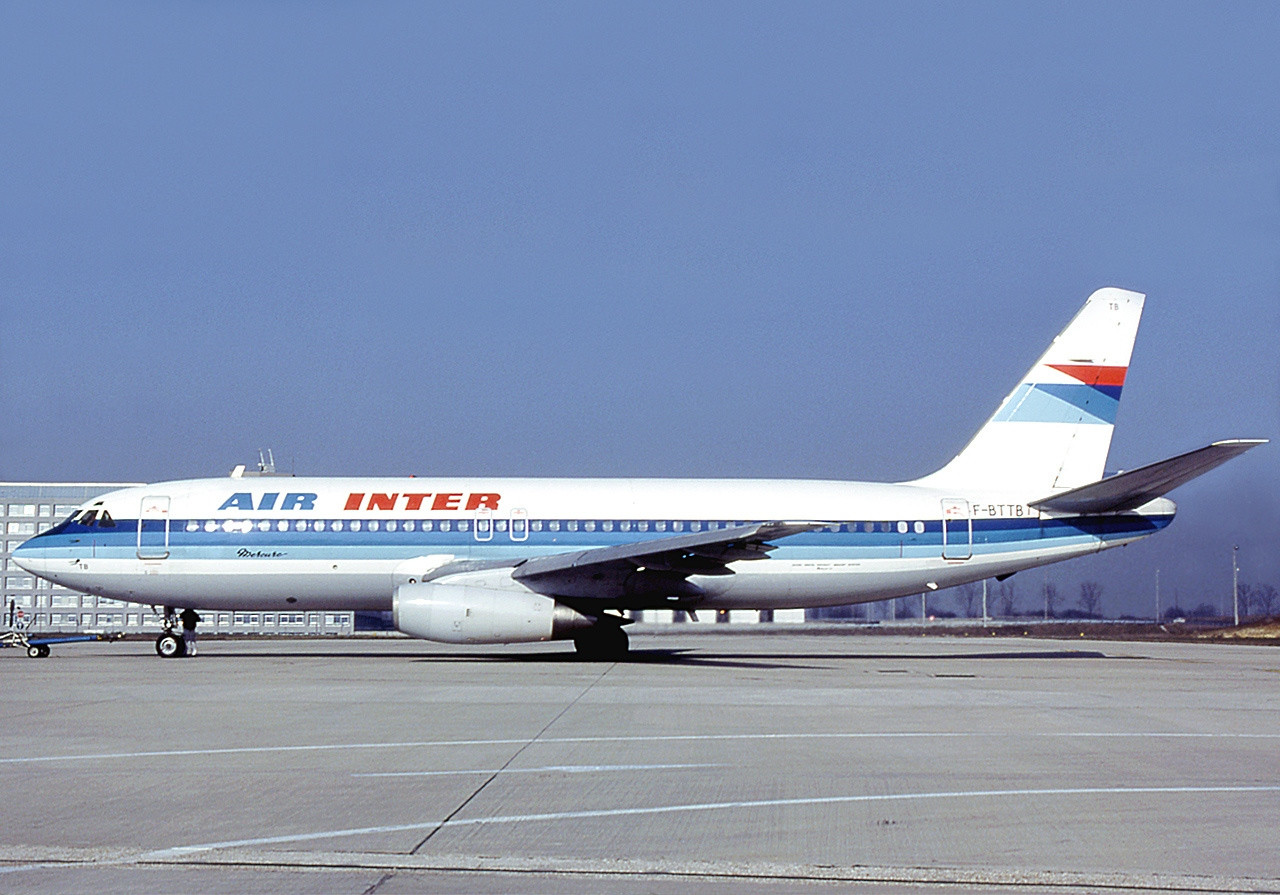 Why did the JT8D need suck-in doors on the 737-100, and not on any of the many other aircraft it was attached to?

1: Behind only the General Electric/SNECMA CFM56 high-bypass turbofan, used on (among many, many other aircraft) the 737-300 through -900. 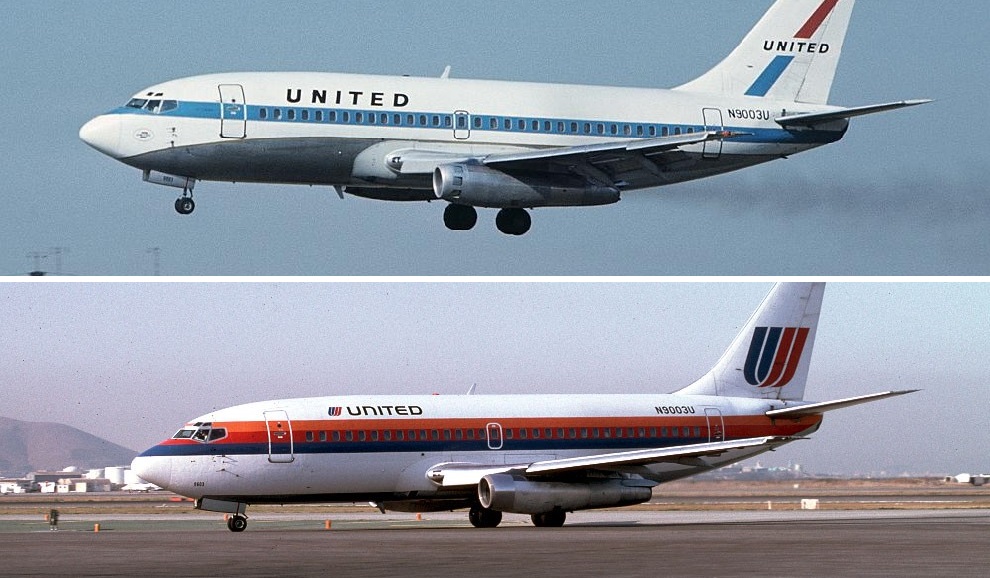 The doors are spring-loaded and open by differential pressure at medium-to-high thrust settings and slow speeds, i.e. during takeoff and landing, i.e. near communities. The openings created in the inlet allows the inlet noise to escape, which is a major source of noise.

Therefore, and evidently, both manufacturers and customers have favored the sound-absorbing inlets.

(...) the noisiest test configuration had an inlet duct with simulated blow-in doors. When the blow-in-door inlet was installed, the A-weighted sound power levels were approximately two decibels greater than when the inlet with no blow-in doors was installed.[1]

An additional design feature for minimum noise is the use of a single opening inlet at all operating conditions. The use of devices such as blow-in doors to bring additional air into the engine at some engine powers has some aerodynamic advantages but increases engine noise. No blow-in door systems are in use on the DC-10.[2]

From a regulatory aspect, at least in the 747's case – which sported those inlets in its early days – the noise-aimed regulations of the 70s were the reason for their replacement:

After promulgation of FAR Part 36 and application to the 747, substantial changes were required for the engine installation. The blow-in-door inlet was replaced with a fixed lip inlet providing a large reduction of the fan source noise while the surface area of the acoustic lining contained in the engine and nacelle was more than doubled.[3]

Not the answer you're looking for? Browse other questions tagged jet-engine boeing-737 inlet or ask your own question.

16
What is the purpose of the inlet doors of the Pratt & Whitney JT3D?

22
Why doesn't the 737 have a fuel dump nozzle?
13
What is a "high-bypass geared turbofan," and why is it so much more efficient?
13
Why do newer 737s use two different styles of split winglets?
2
Why can’t more older 737s be retrofitted with more newer winglets?
16
Why are the 737's rear doors unusable in a water landing?
35
Why don't modern jet engines use forced exhaust mixing?
17
Why didn’t Boeing ramp 737NG production back up in response to the 737 MAX groundings?