Why was the 307’s pressurisation system removed when it was modified into the C-75, despite the fuel-burn advantage of higher-altitude flight?

The Boeing 307, an airliner derivative of the B-17 heavy bomber, was the first pressurised airliner to enter series production and go into service (hence its bulbous, altogether un-B-17-like fuselage, the better to hold pressure), allowing it to cruise at higher altitudes,1 where the air is thinner and less draggy, without incapacitating its occupants. As World War II broke out shortly after the 307 was introduced, only ten ended up being produced (out of which only nine still existed, the first off the line having already been destroyed in a crash), and eight of the nine surviving 307s were drafted into military service;2 Pan Am’s fleet of three flew military contract flights in Latin America and the Caribbean, while TWA’s five 307s were extensively modified for transatlantic VIP and freight carriage (being redesignated as the C-75).

One of the modifications applied to the ex-TWA aircraft3 was the removal of their pressurisation system, ostensibly to save weight; this restricted the C-75s to an altitude safe for unpressurised human beans (approximately 8 kilofeet or so max, as opposed to the 12 kft of the pressurised 307), with resultant drag and fuel-burn penalties in the denser, lower-altitude air (one of the other modifications was the installation of numerous additional fuel tanks to sustain the aircraft across the Atlantic).

This does not seem to make sense, given that the main advantage of cabin pressurisation is the aforementioned ability to fly at higher, less-draggy altitudes, where an aircraft cruises at a (sometimes much) higher true airspeed and burns less fuel, allowing it to carry more paying payload and not as much fuel.4 Thus, even a relatively-low-ceilinged aircraft like the 307 should still have been able to carry more payload, or carry the same amount of payload farther, when pressurised than when unpressurised, even factoring in the extra weight of the pressurisation system, due to the lesser fuel requirements of (and, thus, lighter fuel load needed for) flight at pressurisation-enabled higher altitudes - so why did the USAAF remove the 307s’ pressurisation equipment?

1: Albeit not that much higher, due to its low fuselage pressure rating and its lack of a passenger emergency oxygen system.

2: The remaining 307 (the second one off the production line) was Howard Hughes's personal airplane (he hardly ever used it, though).

3: Which would be returned to TWA at the end of the war, and converted back to commercial passenger configuration (with a number of improvements gleaned from wartime B-17 work).

4: Contrary to what those less-well-informed about aviation tend to believe, the purpose of cabin pressurisation is not to allow airliners to fly above bad weather; even modern jetliners, which can cruise at up to FL410 (~41 kft), don’t fly high enough for that. You’d have to go up to at least about FL550-FL600 (~55-60 kft) to overtop storm clouds, something of which only one airliner ever produced was capable (and said airliner has now been out of service for over a decade and a half).

Pressurization is primarily for crew and passenger comfort. The B307 was a very early attempt at cabin pressurization and the marginal pressurization differential of only 2.4 psi did not allow much of an increase in cruising altitude.

The difference between 8,000’ and 12,000’ did not really justify the added expense and weight.

The B307 had Wright R-1820 engines which were similar to B-17 engines except they were only supercharged and lacked turbochargers. Cabin pressurization was supplied by compressors mechanically driven by the engine. These compressors would rob the engines of power so removing them would allow the aircraft to fly higher but with less comfort. 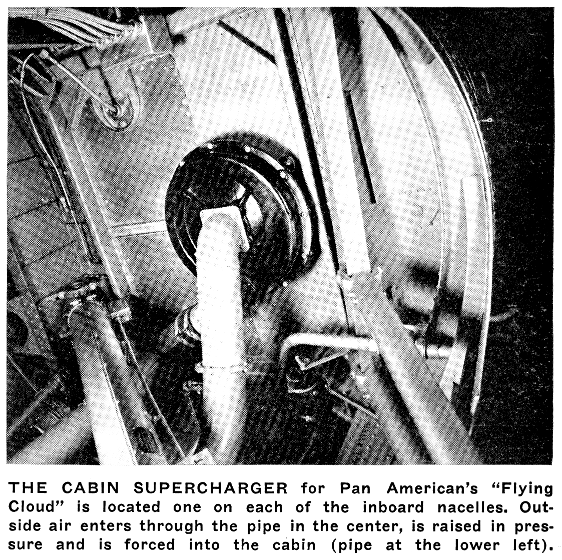 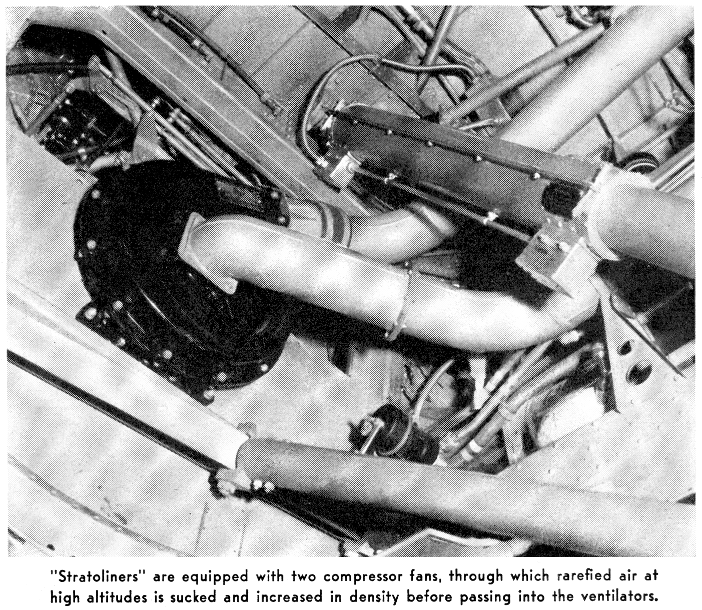 Not the answer you're looking for? Browse other questions tagged cabin-pressure modifications boeing-307-stratoliner or ask your own question.

5
What would have happened when the Concorde's low-pressure emergency system brought it lower mid-flight?
3
What about the DC-9's wing makes wingletting it so difficult?
19
What is the upper deck on converted freighter long-hump 747s used for?