What is the meaning of first flight and introduction in aircraft production?

They are info from wikipedia (here and here). I don't know many about the B-52 Stratofortress, but I'll take another case. The N-250 I remember its first flight which was performed with large scale, watched by Indonesian's former President and many other high rank officers. I remember the date, or at least the exact year. It was 1995.

Then my question is, if 10-Aug-1995 was its first flight which was performed with great fully, then what is the meaning of introduction (15 June 1997 in this case)?. If it was widely open to public when performing first flight, then why does an airplane needed to be introduced?

The first flight of a new aircraft type refers to the first time the aircraft is flying during the development and testing phase. If the testing goes smoothly, it might be that no more changes are necessary and the aircraft can be delivered to customers as it is. But if problems show up during these test flights, changes might be necessary before finishing the final design.

The introduction refers to the first flight by a customer (an airline for commercial airliners or a military unit for military aircraft). This is also referred to as entering service. This could happen in the same year as the first flight (e.g. Boeing 737 Classic series in 1984) or many years later (e.g. Concorde in 1976, 7 years after the first flight in 1969).

Another term commonly used is the launch of an aircraft type, which refers to the start of the development program.

The IPTN N-250 you mentioned was never introduced into service. Wikipedia claims the 15 June 1997 as introduction date, but on this day the aircraft was shown at the Paris Air Show: 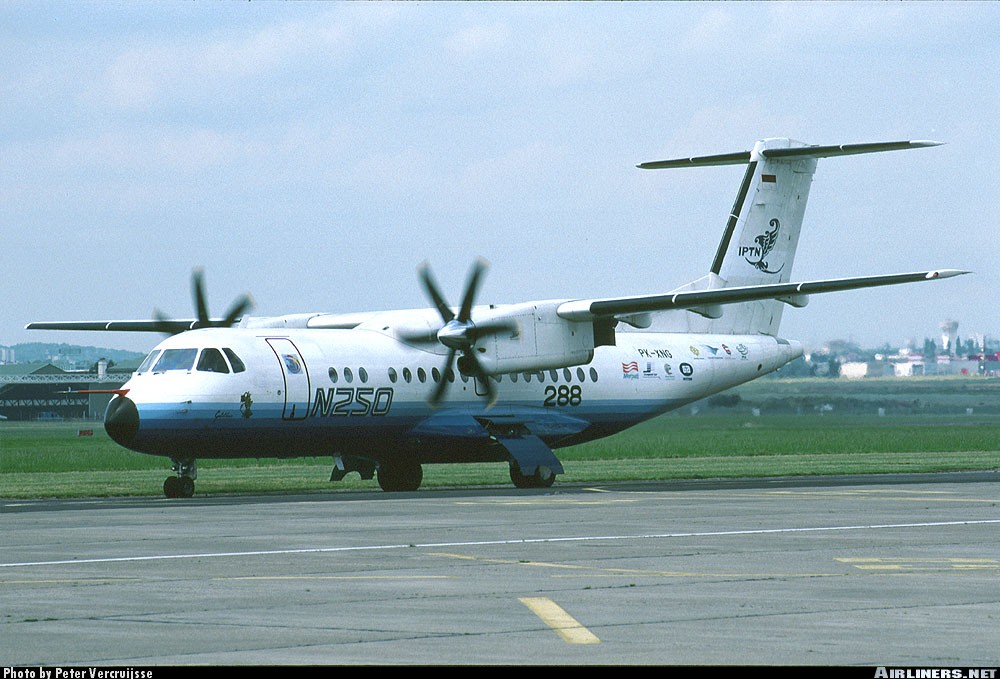 "Gatotkoco", the prototype N-250 returning from a demonstration flight at the Paris Air Show. The N-250 programme is currently (early 2000) on hold due to a lack of finance.

This does not count as introduction and is therefore a mistake in the Wikipedia article.

Typically, introduction means introduction into service. For passenger aircraft this means the first delivery to the customer and/or first revenue flight.

For military aircraft this means the first date that an aircraft is declared operationally ready to perform (part of) the intended tasks.

This usually occurs some time after the first flight because the test program has to be concluded. Depending on whether it is a modification of an earlier certified model or a totally new aircraft, the time between first flight and introduction into service can range from several months to several years.

Between those two events are 2 major steps:

First flight may be a public event, but the aircraft is far from ready for commercial use. First flight is a PR exercise, with the company showing their new project in a working state for the first time.

Not the answer you're looking for? Browse other questions tagged aircraft-production or ask your own question.