How is the total drag variation with velocity related to altitude?

Here in the question given I am confused how to relate the altitude with the given plot of total drag and velocity. 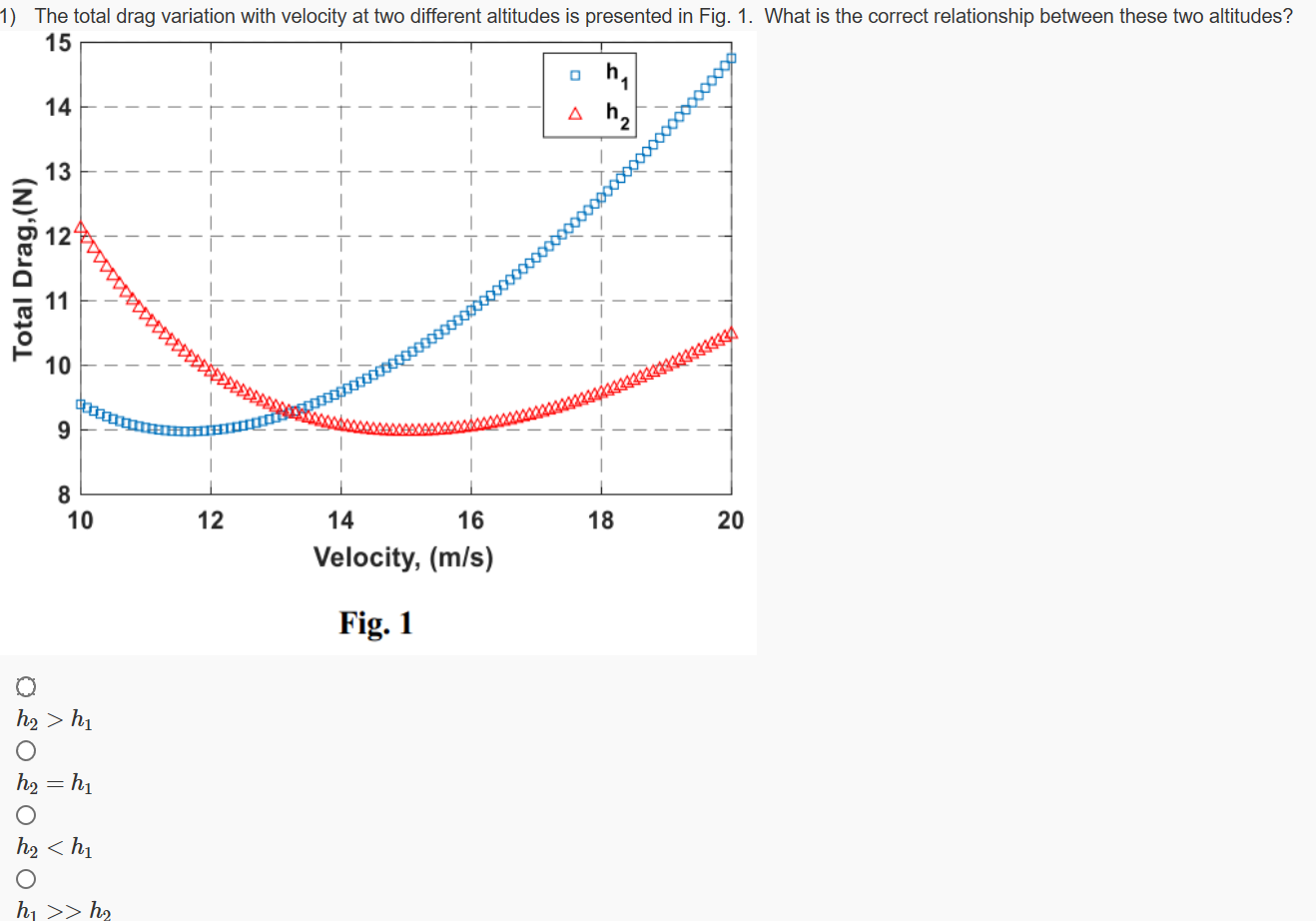 However, there are factors affecting drag coefficient itself:

Therefore, it can be expected that the trend will invert below a critical speed.

The answer is h2 > h1 from the above rationale.

Not the answer you're looking for? Browse other questions tagged drag altitude or ask your own question.

3
Why is the thrust/drag increase much lower at a lower FL with weight the only variable?

36
What is the difference between “flight level” and “altitude”?
11
What is the relation between an airplane's altitude and the drag it is experiencing?
5
Does skin friction drag decrease with velocity?
5
How do you calculate total drag on a wing?
6
What is the formula for induced drag?
3
How significant is the lift induced drag contribution to total drag of aircraft at cruise speed?
3
Is (L/D)max achieved at a specific speed or AOA?
4
In the Cl vs Cd graph, Why the drag coefficient decreases initially with the small increment in lift coefficient?
1
How do you calculate Profile Drag?