Why there so many pitch control surfaces on the Piaggio P180 Avanti? 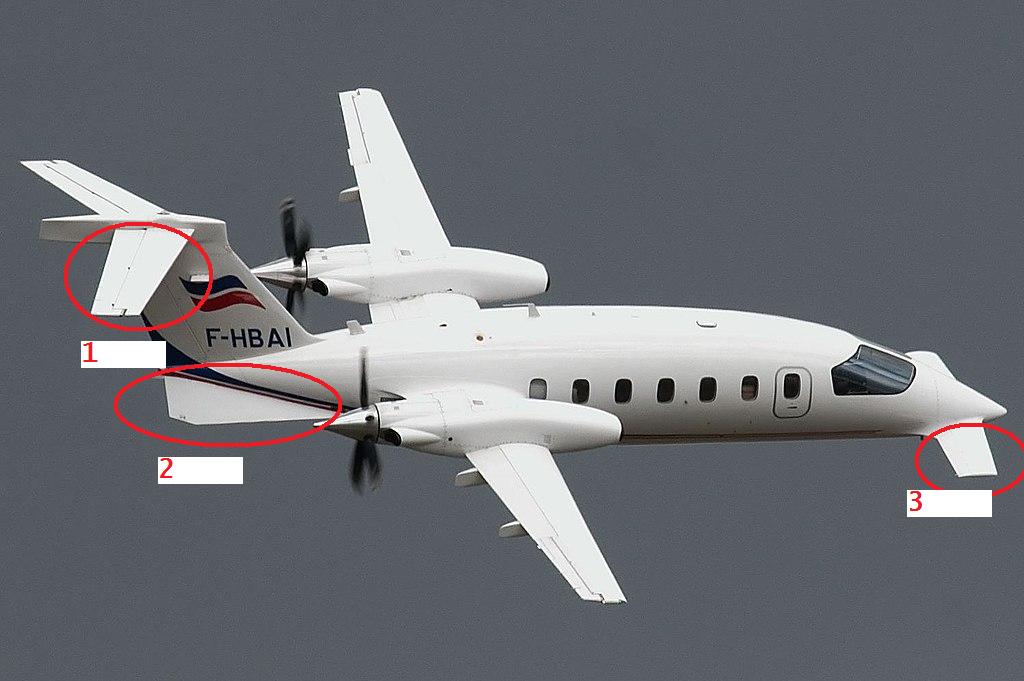 I have seen that there is kind of sonic aircraft like B-1B Lancer that used elevator and canard or fins at the same time for pitch control. That quite understandable because it is fighter jet that required high precision control. There are another airplane that used canard but not elevator, like Tupelov Tu-144. But this Piaggio P180 Avanti is quite strange for me. It is equipped with elevator, canard, and also another additional device. I am not sure that propeller airplane needs what needed by the above B-1B Lancer.

Surface 1 is a horizontal stabilizer with elevator, just the same as on any other aircraft with a T tail arrangement.

Surface 2 is called a rear strake or a tail fin. There is one on each side of the fuselage. They provide extra stability during operation at high angles of attack when the fuselage is disturbing the airflow to the vertical tail. They are not movable.

Surface 3 is a canard, providing extra lift. The canards on P.180 have a trailing edge flap. The flap is necessary to counteract the nose down trim of the flaps in the main wing. Without the canard flaps the elevator would not have sufficient authority to maintain adequate pitch control when full flaps are deployed on main wings.

Surfaces 1 and 3 have movable parts, but surface 1 is the only surface connected to pitch axis control of P.180.

No. 2 is a ventral strake and No. 3 is a canard. Neither have actuated control surfaces on the P.180. The ventral strakes are there to provide additional directional stability and the canards provide a more direct longitudinal balance and control, alleviating tailplane loads, and improving low speed handling.

The Avanti was built for speed (400 KTAS in a turboprop!) and quite a bit was sacrificed for that. Note the thin, high aspect ratio wings and lifting body fuselage.

Why there so many pitch control surfaces on the Piaggio P180 Avanti?

You mark 3 surfaces, but only one is movable, i.e. there is only one pitch control surface on the P180, not "so many".

Don't know the name myself, but it is there to guide the airflow around the back of he fuselage.

Are device number 2 and number 3 controllable?

not for continuous pitch control, see above and Jpe61's answer

There is really some useful information in all answers. Two design choices really make me wonder how hard engineers worked to create that aircraft.

First; ventral strakes or tail fins. They are canted 45 degrees. Which means they provide both pitch and directional stability. I also think they provide little bit of dihedral effect. Actually that maybe the main reason looking at straight mid-body wings and rectangular shape of engines. I’m sure they suffered from roll instability at the beginning. Canted ventral fins looks like a quick aerodynamic band-aid.

Second the front wings (as company calls them, not canards). It really wouldn’t make sense if they were really fixed small wings in front. They would make aircraft unstable in pitch. As the AOA increases lift of those front wings would increase also and aircraft would want to pitch up more and go out of control. 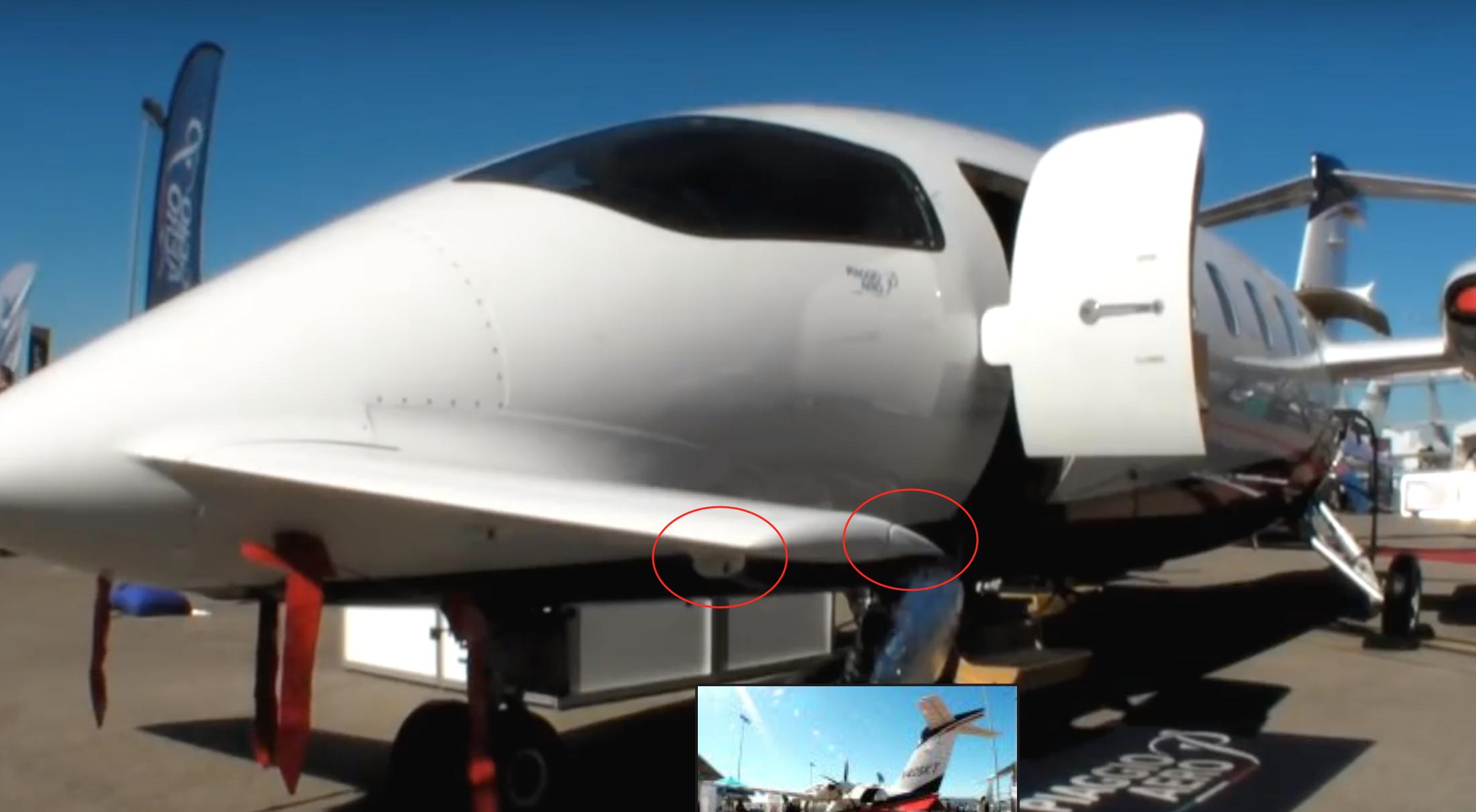 The truth is as @Jpe61 mentioned in his comment and as you can see at the beginning of that video they have trailing edge control surfaces. Looking at the location of wings and engines I think they suffered from aft CG problem and fixed that with the forward wings. I believe they produce downward lift though which provides stability at the expense of efficiency.

Lastly; I want to say that the more extra surfaces you see on an aircraft, thats the testament that basic aircraft has relatively more stability and control issues. Though that's not a bad thing on itself if its fixed properly.

Don't want to spark a discussion, but turns out that the most worshipped designs are the flawed ones. Don't believe me; look at P-51 Mustang or F-4 Phantom. :))

12
Does the B-1B Lancer have controllable canards?

11
What is the point of making one control surface play the part of multiple control surfaces?
5
Why is pitch measured with respect to the horizon and not the ground?
4
Why does not the lift produced by main wings create pitch moment?
4
Why are trailing-edge control surfaces usually split?
13
Why does an aircraft pitch up when the speed increases?
1
Why some WWII fighters still have fabric/wood control surfaces?
3
Why don’t airliners use stabilizer movement to assist with large pitch control inputs?
4
Identify canard, low-wing, single pusher-prop plane over Upstate NY
12
Does the B-1B Lancer have controllable canards?