Why were the ailerons of the Fokker Dr. I (Red Baron) located on the top wing? 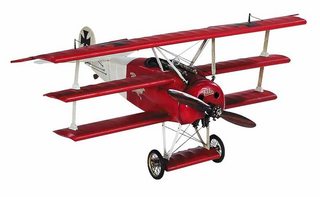 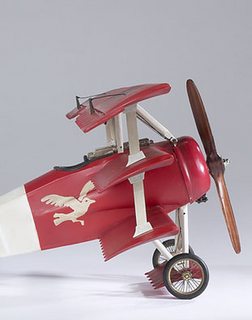 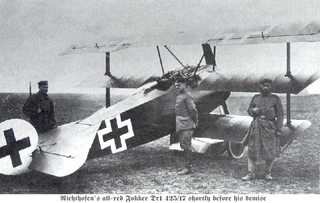 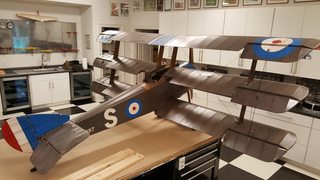 Photos' source are here: Fokker Dr. I (Red Baron), and here: a Sopwith triplane. They are probably not the actual airplane but only (claimed) authentic models.

It makes sense to me that the Sopwith had ailerons on all three wings. But the Dr. I only had them on the top wing.

My question is, what is the aerodynamic explanation of this design? Why not have ailerons on the middle and on the bottom wing? Which design is better?

The top wing is always the most efficient, as the lower ones suffer reduced lift due to interference from the air flowing beneath the one above. Ailerons will therefore be most effective on the top wing. If they do the job OK then there is no need for any more. Reasons for adding more below include:

The outermost part of the wing is also the most effective position. So if a short aileron is inadequate then the designer faces a choice of two less efficient additions, to widen it inboard or to place another one underneath. Another issue is which brings more drag or weight penalties, a small aileron which must be sharply deflected or a larger aileron which needs more subtle movement.

Such decisions were often based on the designer's personal experience and preference rather than firm knowledge. They would stick with what they knew rather than take arbitrary risks. Historically the Sopwith came first, following their earlier successful biplanes such as the 1 1/2 Strutter and Pup in having identical upper and lower wings with short ailerons. Fokker responded in his own equally successful house style, with a single aileron on the top wing only, having a long span and outboard balance tab.

Which design is better depends on how you define "better" - less weight, less drag during turns, less cost, optimal distribution of aerodynamic forces through the structure? The basic technical tradeoff is between a single large and strong upper aileron vs. several smaller and lightly-built lower ones. I doubt if anybody has ever crunched realistic numbers.

The upper wing of the Fokker Dr.I is larger in span and chord than the other two. Adding ailerons on the lower wings would had

I know that it is hard to argue here that ailerons must be protected from ground contact, but this was a real risk in the rough operational circumstances of World War I. Pilots would be assigned to operational units with 20 hours of total flight experience and the light and small airplanes were at the mercy of sudden gusts or bumps in the airfields.

Why else would the Dr.I have skids below the lower wingtips? 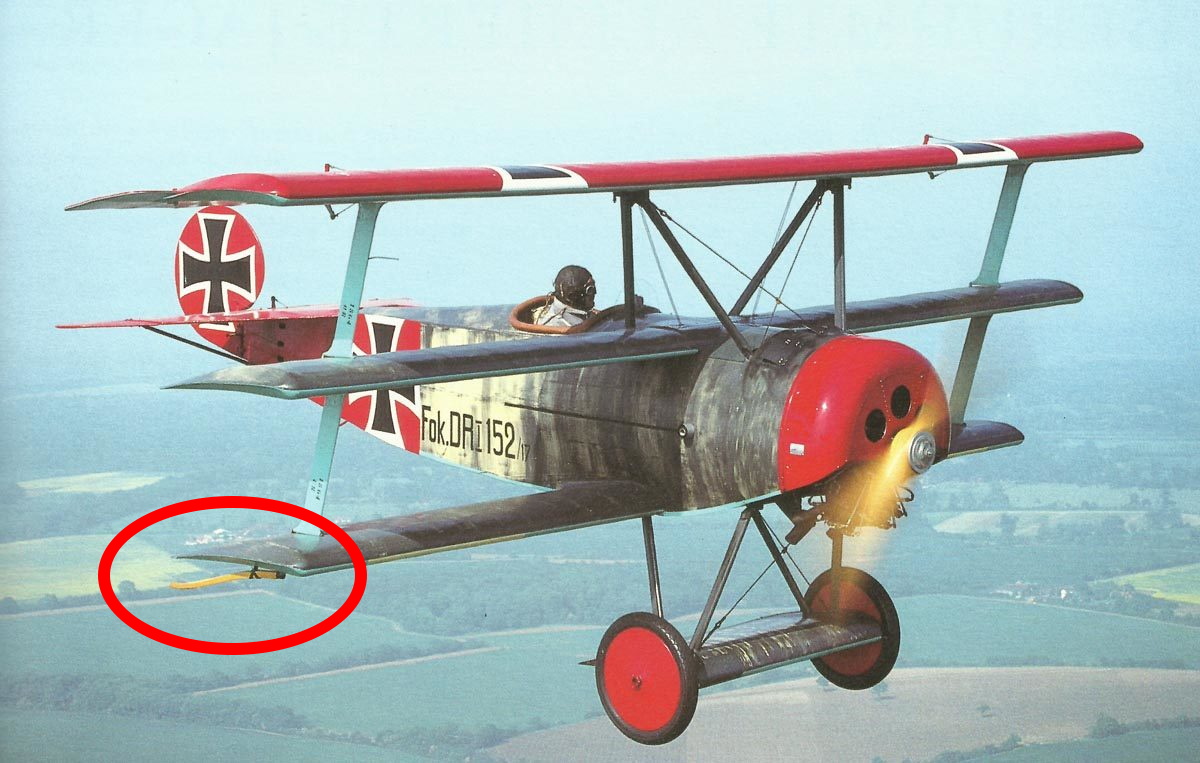 I circled the wing tip skid in red (picture source).

Not the answer you're looking for? Browse other questions tagged aircraft-design aviation-history control-surfaces ailerons or ask your own question.

31
Why do some aircraft have multiple ailerons per wing?
8
Is there anything wrong with this more symmetric aircraft design, and why isn't it used?
1
How much do aileron on a commercial airliner move for manoeuvring and trim?
1
How to calculate the forces and moments required to aerodynamically actuate slats?
4
Eviation Alice Powerplant Placement
28
Why force the nose of 737 Max down in the first place?
1
Could a triplane fly using a dihedral wing in the middle?
17
Why aren't 757 scimitar winglets flush with the ailerons?
3
How does downwash affect angle of attack?