What is the purpose of the extending wingtip panels on the Su-25?

Is it to increase the air resistance of the aircraft? 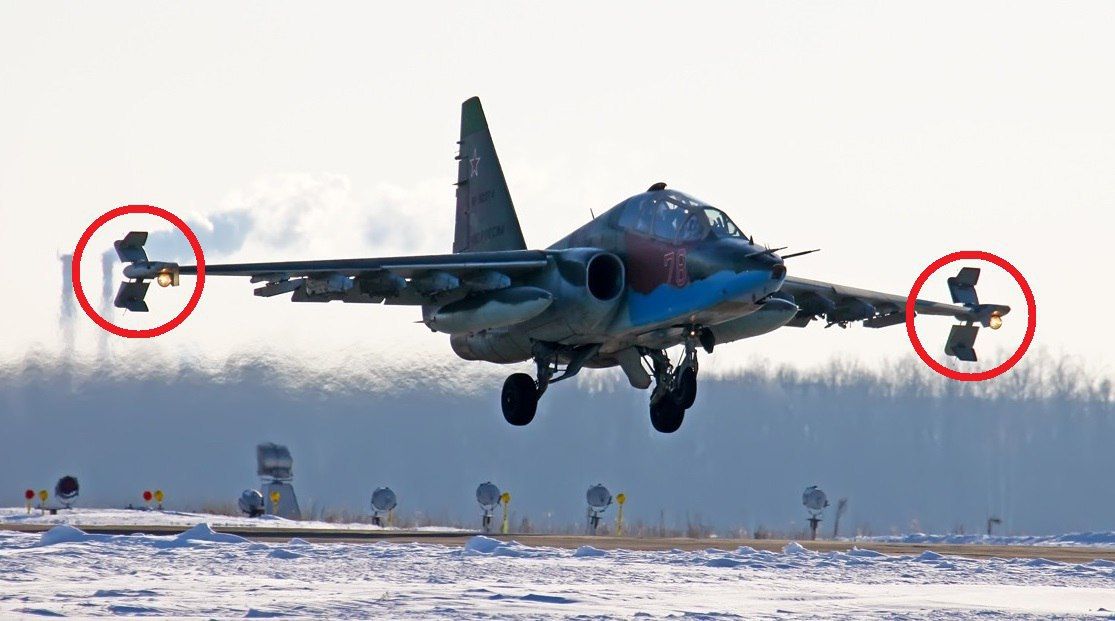 Those are airbrakes, they allow the aircraft to increase its drag substantially to bleed off excess energy. They are hydraulically operated, and need pressure for both deployment and retraction, i.e. they do not auto-stow, at least on this aircraft.

Airbrakes are a handy feature, especially for a ground attack aircraft like the Su-25 in your picture, as they help both with landing on short airstrips and with dive bombing, a tactic that requires to dive almost vertically on a target to minimize slant errors in targeting. This is made possible by the airbrake, which prevents the aircraft from exceeding its dive speed.

Other aircraft types use or have used airbrakes in the past, mainly to dissipate energy during an approach. Examples include some airliners, most fighters and nearly all gliders.

Fighters are usually optimized for high speeds which are dangerous to land at, and an airbrake enables them to quickly slow down while on final approach, remaining at a comfortable speed until the last moment. They also have some occasional uses in WVR (Within visual Range) combat, but this will be rabidly argued against by the BVR (Beyond Visual Range) and stealth cults.

Gliders also use airbrakes to control their speed on approach and when diving, but also to arrest undesired climbs, when caught in a thermal when they need to descend. Since typically gliders lack a hydraulic or even electric system, their airbrakes are actuated by the pilot's muscles and are more akin to spoilers.

The geometry of an airbrake can vary significantly, but the principle is the same: a large surface extended into the airstream that generates mostly drag. their location on the airframe is a compromise between structural, mechanical and control considerations, i.e., it needs to be strong enough to resist the loads, easy enough to route hydraulic lines or control rods to, and not significantly impact the aircraft's stability. The examples below are a BAe 146, an F-15, a Slingsby Capstan and a MiG-23: 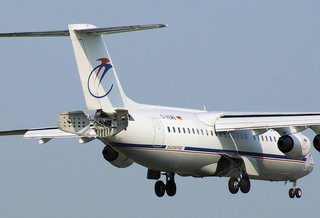 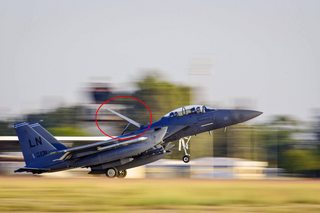 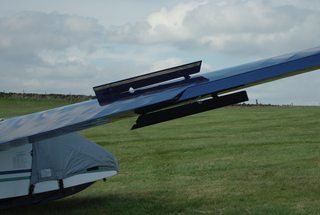 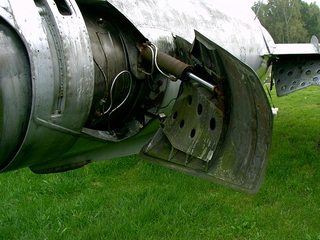 Not the answer you're looking for? Browse other questions tagged feature-identification sukhoi-su-25 or ask your own question.