Why would an airport be depicted with symbology for runways longer than 8,069 feet even though it is reported on the sectional as 7,200 feet?

This airport, KMKO, Muskogee-Davis Regional in Oklahoma southeast of Tulsa is depicted on the sectional chart with symbology normally reserved for airport with a hard surfaced runway longer than 8069 feet, but this one is only reported on the sectional as 7200.

Is this a mistake by the FAA or is there some clear explanation about why this is? 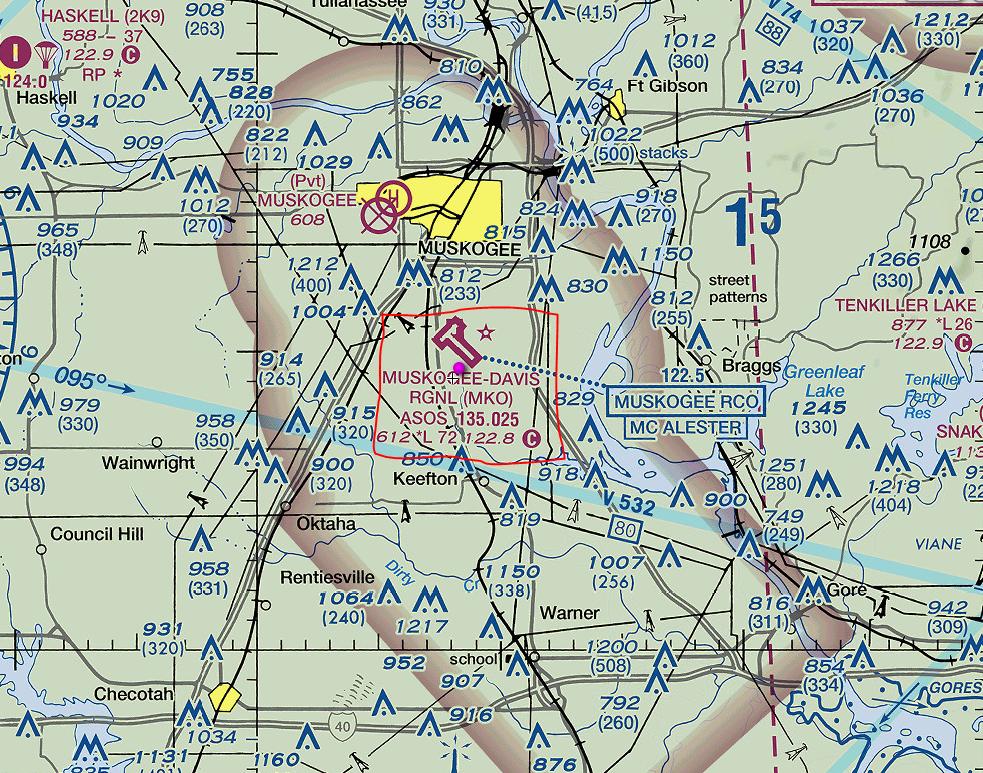 It's the latter case of some multiple runways less than 8069'.

This is also confirmed in the post, "What is significant about the number 8069 ft?"

Most likely MKO doesn't fit in the standard circle

because of 36-18 and/or 4-22 intersecting the circumference. 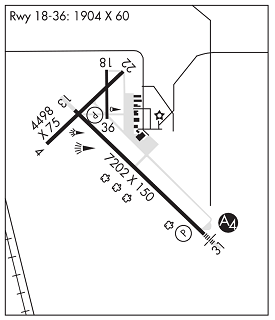 Not the answer you're looking for? Browse other questions tagged faa aeronautical-charts symbology or ask your own question.

8
Is the US certification process for airliners shorter or longer than in other countries?
58
What is significant about the number 8069 ft?
3
Why are KACV and KTLV depicted differently on sectional charts than KSGU, KBIH, and KTPL, even though each is E2 w/ E4 extensions?
5
Why is there no airport beacon light symbol on the sectional for KSAC, although it does have one?